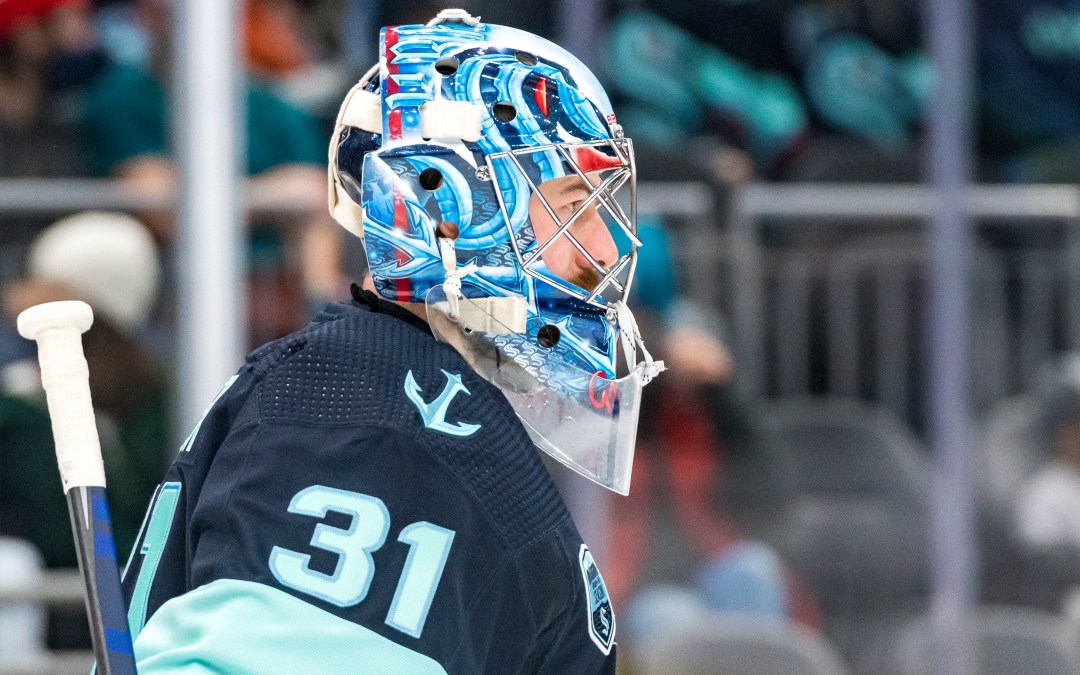 Savor Tuesday’s Kraken game, because it will be the last time we see the boys play in Seattle until Feb. 9. After this Kraken game against the Nashville Predators, Seattle will embark on a four-game road trip to the east coast, then go right into the NHL All-Star break. The Kraken have been playing well, but so too have these Predators, who have been one of the top teams in the Western Conference this season.

Remember, Seattle got its first win in franchise history on Oct. 14 against the Preds on a night when Philipp Grubauer stopped 27 shots and the Kraken were outshot 13-1 in the third period. The one shot for Seattle was an empty-net goal for Brandon Tanev that ended up being the game winner after Nashville got one back in garbage time.

Grubauer, by the way, has been playing some of his best hockey of the season lately. He looks confident in his crease and seems to be brushing goals off quickly, rather than letting things snowball, as they had been earlier in the season. He has three consecutive wins, and the Kraken as a team have won three of their last four.

The German Gentleman will get the nod against the Preds and will be backed up by Joey Daccord. Chris Driedger was on the ice at morning skate Tuesday, but coach Dave Hakstol indicated he is not fully back from a relatively long stint in COVID protocol.

Joonas Donskoi in, Morgan Geekie out

Hakstol raised eyebrows before Sunday’s thrilling 5-3 Kraken win over the Florida Panthers by scratching veteran forward Joonas Donskoi from the lineup for the first time. Donskoi, a $3.9-million-per-year player, has had a tough go offensively. We’ve generally really liked his game, but he has yet to find the back of the net this season. Hakstol called Sunday a “reset” for Donskoi and confirmed Tuesday that he would draw back in for the Kraken against the Predators.

With Donskoi back in, somebody has to come out for Seattle. That somebody is Morgan Geekie. With new friend of the Sound Of Hockey Podcast, Karson Kuhlman, now on the Kraken roster, there’s more competition among the forward corps. Hakstol shared Tuesday that he really liked how the fourth line of Kuhlman, Riley Sheahan, and Colin Blackwell played against the Panthers and didn’t want to split them up. So, that means somebody from the top nine has to come out. Geekie has one point in his last six games.

Jamie Oleksiak and Carson Soucy out

There’s been a carousel spinning on the Kraken blue line all season long, consisting of Haydn Fleury, Jeremy Lauzon, Will Borgen, and—in the early part of the season—Carson Soucy. Each of those guys has taken turns riding said carousel and popping in and out of the lineup.

Hakstol’s decision on who to scratch has become a bit easier with Jamie Oleksiak and Soucy out.

Oleksiak remains day to day with a lower-body injury. Soucy had an awkward collision with Frank Vatrano on Sunday and was having a hard time putting weight on his left leg when he left the game. Hakstol called him week to week.

In response to the two injuries, the Kraken recalled Cale Fleury, Haydn’s brother, to serve on the taxi squad in case he’s needed.

Haydn talked about his brother in morning press availability and generally had some interesting comments, so this video is worth your time.

Kraken Twitter was abuzz before the game, trying to figure out who the mysterious special guest was.

Brandon Tanev is definitely in the building, but would his arrival require that much of a buffer before game time? Perhaps he’ll repel down from the rafters?

He didn’t repel from the rafters, but he did release the Kraken.

With two penalties called on the Predators three seconds apart, the Kraken got an early chance on a five-on-three and converted. After coming up empty for the first minute or so, Mark Giordano laid a pass into Jared McCann’s wheelhouse at the top of the right circle. McCann unloaded and blasted it past Juuse Saros, giving Seattle a 1-0 lead.

Seattle really did play a good first frame, and it looked like they were headed to the room with a 1-0 lead. But with just 21 seconds left, Luke Kunin ripped a one-timer through Will Borgen and through Philipp Grubauer to tie the game.

Those in attendance were fortunate to see Davy Jones’s friends.

A mostly sleepy second period finally got some life injected into it when Yanni Gourde chipped a sneaky little pass through the legs of Roman Josi and onto the tape of Adam Larsson, who was pinching in from the point. Larsson let ‘er rip, and put it through the five hole of Saros at 12:21.

Filip Forsberg answered for the Predators three minutes later. Streaking up the ice on a nothing-looking play, he let a snapshot go from the top of the right circle. It was perfectly placed and beat Grubauer on the blocker side. Just an elite shot for his 21st goal of the season.

Mattias Ekholm followed up Forsberg’s goal with a lucky-bounce goal at 16:31. Ekholm tried a wrap-around. The puck rolled off his stick and into the crease, then caromed off the skate of Vince Dunn and into an empty net. The goal gave Nashville its first lead of the game.

A tight-checking third period didn’t allow for much offense at either end. The Predators did extend their lead to 4-2 on the power play, after Seattle had taken a too-many-men penalty. Mikael Granlund shot from the point. He missed, but it bounced off the endboards to Matt Duchene, who snuck it under Grubauer’s arm before he could seal off the post.

That would prove to be enough for the Predators.

We will continue to update this article throughout the evening, so check back often!