SOH Liveblog: Kraken come back from 2-0 but lose to Bruins 3-2 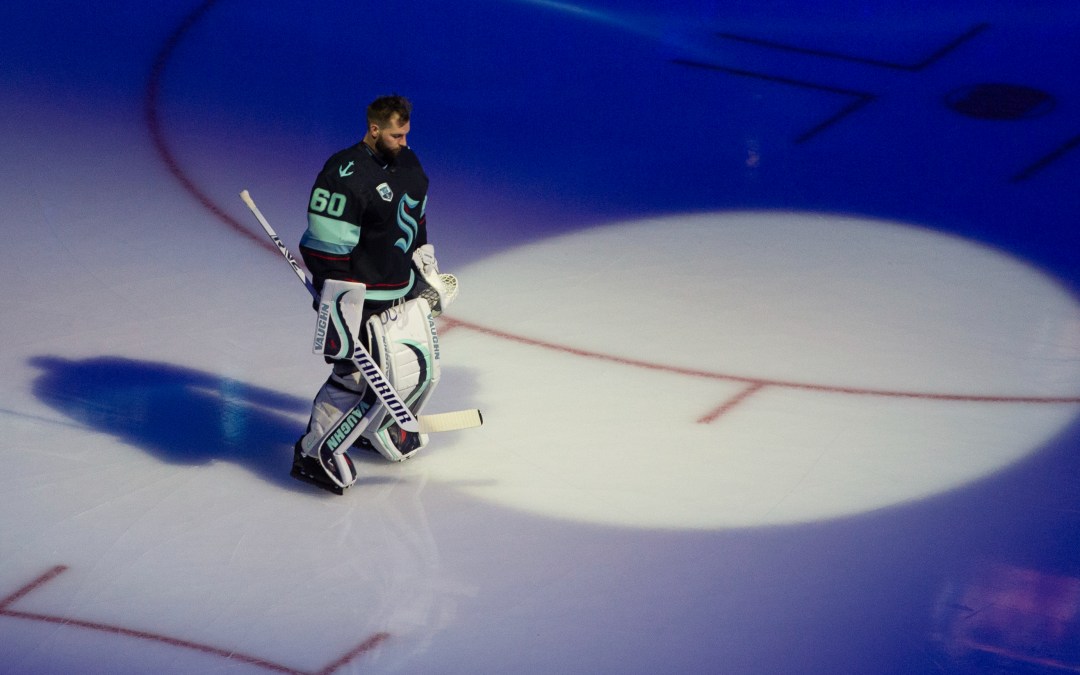 Say this five times fast: “The Kraken are back in Back Bay.” How did it go? Ok, technically, TD Garden isn’t quite in the Back Bay neighborhood of Boston, but it is pretty close. And technically, the Kraken have never played in Boston before, so we aren’t sure if that tongue twister really applies here, but it sounded fun, so here we are. Back Bay or not, the Kraken are in Boston to take on the Bruins for the first time on Tuesday.

Learn all about the Bruins in this SOH Enemy Report.

We are expecting a couple of lineup changes Tuesday for Seattle. Will Borgen has entered COVID protocol, so he joins injured defensemen Jamie Oleksiak and Carson Soucy on the shelf. That means that for the first time this season, the Kraken will officially dip into their AHL defense pool, and Cale Fleury will make his Kraken debut alongside his brother, Haydn. How neat is that?!

The younger of the Fleury brothers, Cale, has one goal in 41 career NHL games. Those games all came during the 2019-20 season with the Montreal Canadiens before Alexander Romanov arrived and took Fleury’s job. In 36 games with the AHL’s Charlotte Checkers this season, Fleury has five goals and 12 assists.

Get to know Cale with this Sound Of Hockey Podcast interview from August.

Another injury for the Kraken

Karson Kuhlman—acquired recently off waivers from these very same Bruins—has been placed on injured reserve after going hard into the boards Sunday against the Rangers. He appeared to hurt either his left arm or shoulder and immediately left that game.

It’s a bummer for Kuhlman, who seemed to be getting his legs under him with the Kraken and showed well in five games. Here’s hoping it isn’t too lengthy of an absence.

With that additional injury to the already battered forward corps, the Kraken also recalled Kole Lind and Max McCormick. Calle Jarnkrok is a game-time decision, but if he is available, Lind or McCormick would not be used.

Jarnkrok was a last-minute scratch Sunday with an upper-body injury. Coach Dave Hakstol indicated the injury was sustained Thursday against the Penguins. Jarnkrok was trying to play through it but decided he couldn’t go during warm-ups, so Morgan Geekie took Jarnkrok’s spot in the lineup. Now that Kuhlman is out, we expect both Geekie and Jarnkrok will play for the Kraken against the Bruins (again, assuming Jarnkrok can go).

Driedger gets engaged, gets a start

When the Kraken started this road trip, they expected to play back-to-back games Saturday and Sunday. But the winter storm that walloped the east coast caused Saturday’s game against the Islanders to get postponed until Wednesday. So, the Kraken now have back-to-backs in Boston and Long Island on Tuesday and Wednesday.

In Tuesday’s game, Chris Driedger will get his first start since a Jan. 15 home loss to the Los Angeles Kings. He had started to play very consistently before landing on COVID protocol for a lengthy stretch, so after this long of a layoff, it will be interesting to see if he can pick up where he left off.

It’s been a tough season for Driedger, who has been injured multiple times, then had to miss more games with COVID. But hey! He got engaged on Monday!

Apparently Driedger was ready to play after the long layoff, and looked very… engaged (get it?!)… in the early stages of the game. He made three outstanding saves in a span of less than a minute, with the last of the three, a sprawling split save, being the most impressive.

Those stops by Driedger were the most exciting plays of the first period, which ended 0-0 with Seattle leading 9-7 in shots on goal.

The power play had two opportunities but continued its unimpressive run. In the last eight games, the only times Seattle has scored with the man advantage came during a five-on-three against Nashville and a six-on-four against the Rangers. Everything has been on the perimeter with the power play of late.

The game took a feisty turn when Yanni Gourde crushed Urho Vaakaneinen behind the Boston net. Vaakanainen was twisted around in an awkward position and hit his face on the glass. The official called a five-minute major on the ice, but reviewed it and reduced the penalty to a two-minute minor for boarding.

Soon after that hit, the Bruins made Gourde answer the proverbial bell when Curtis Lazar jumped him off a face-off.

Brandon Carlo blew a tire trying to escape Marcus Johansson at 8:49 of the second. Johansson was right on him, and in real time, it looked like he had tripped Carlo. Replay showed that Carlo had clearly fallen on his own, but a tripping call had already been made.

Predictably, just 17 seconds into the power play, David Pastrnak blasted a one-timer from the left circle that glanced off Joonas Donskoi and beat Driedger to make it 1-0 Bruins.

The Bruins extended their lead to 2-0 at 16:09 when a loose puck wobbled onto Riley Sheahan’s stick in the slot right in front of Driedger. It looked like Sheahan had a chance to clear, but the slightly bouncing puck eluded him. Taylor Hall jumped on it and in one motion put the puck in the back of the net.

…And then, the Joonas Donskoi slump ended.

In Seattle’s 45th game of the season, Donskoi finally got his first goal 42 seconds into the third period. On a broken play, Donskoi picked up a loose puck in the slot and rifled it through traffic.

Goodness, did he ever deserve that.

Mason Appleton drew a Brad Marchand penalty at 4:47. With the Kraken PP continuing to stink as if it had just eaten a whole boatload of asparagus (get it?), Boston quickly killed that off. But soon after it ended, Appleton deflected an Adam Larsson shot past Linus Ullmark and tied the game at 2-2.

The tie was short-lived, however. With Mark Giordano off serving a tripping penalty, the Bruins got back on top with another power-play goal by Pastrnak. It was a weird one. The shot came from just outside the face-off dot and may have missed the net, but Driedger got his glove on it and somehow redirected it into the net behind him.

With Driedger off for an extra skater, Jared McCann had a look at a wide-open net in the closing minutes of the game. He shanked the shot and missed the net completely for what should have been his fourth goal in as many games.

Alas, the Kraken fell 3-2 for the second game in a row. Bummer.