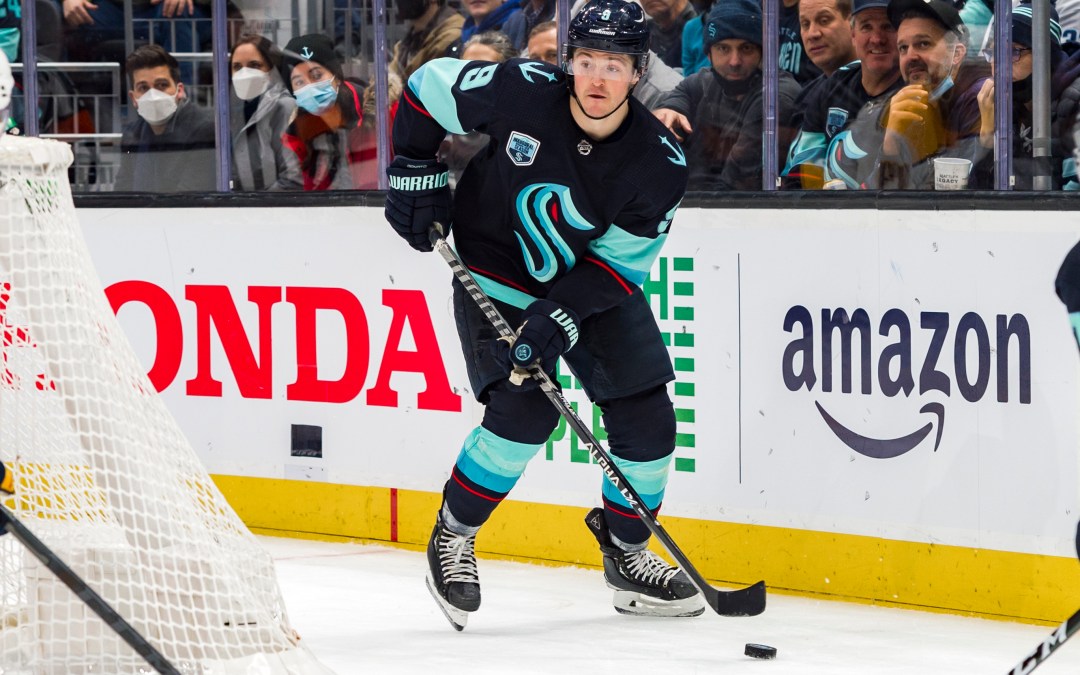 The Kraken are FINALLY back at Climate Pledge Arena on Wednesday, as they welcome the Arizona Coyotes for the first time. It is not the first time these two squads have faced one another, as Seattle fell to these lowly Coyotes 5-4 on Nov. 6 in Glendale.

That was a miserable loss for Seattle. The boys got out to an early lead and chased netminder Karel Vejmelka from that game, but with Scott Wedgewood on in relief, fell behind in the third period. The Kraken got a late tying goal, then immediately gave up the winning goal to Lawson Crouse with just a few seconds left.

It was the first win of the season after 11 consecutive losses for the Coyotes, and it also kicked off a painful six-game losing streak for the Kraken.

Interestingly, that night, Vejmelka got his second start in two nights, an extreme rarity for NHL netminders. Well, would you believe if we told you that this same scenario is playing out again for this second matchup between these teams? It’s true! The Coyotes lost 5-1 last night in Vancouver, with Vejmelka in net. He is expected to get the nod again on Wednesday, though, despite his very recent usage.

Jamie Oleksiak and Carson Soucy getting close to returning

As recently as our walk into the arena (see video below), we thought it was unlikely that Jamie Oleksiak or Carson Soucy would return to action against the Coyotes, even though they participated in morning skate on Wednesday. Coach Dave Hakstol has been hinting that both have been getting closer, though.

Interestingly, Oleksiak has been removed from injured reserve, according to the NHL media site. Will he dress on Wednesday? UPDATE: Neither Oleksiak nor Soucy are present in warm-ups, so it looks like Will Borgen and Haydn Fleury will make up the third pairing.

Philipp Grubauer gets the nod for Seattle, as he looks to extend his stretch of very positive play that dates back to Jan. 10.

House band “Enumclaw” raised some eyebrows they dropped a very clear f-bomb. “I don’t wanna be a f***in’ loser!” the lead singer screamed into the microphone. Same, Enumclaw. Same.

The Kraken also rolled out some cool new touches to the pre-game show.

As we’ve seen many times before, the Kraken conceded an early goal. Adam Larsson tried to make a little backward breakout pass off the halfwall, but Janis Moser got a piece of it and deflected it right to a wide-open Phil Kessel in the slot. Kessel deked around Grubauer and put it away at 4:07 of the first period.

The Kraken had the better of the possession in the opening frame and got some good looks on Vejmelka, including Mark Giordano and Vince Dunn shots that hit the post. Seattle failed to find the back of the net in the opening frame, though, and went to the room down 1-0.

Grubauer did make a couple solid saves on Clayton Keller and Jacob Chychrun to keep his team within one goal.

Halfway through the second, Vejmelka made a ten-bell save on Jordan Eberle, who looked like he was about to score his first goal since Dec. 6. On a two-on-one with Marcus Johansson, Johansson put a perfect pass area pass on Eberle’s stick at the top of the crease. Vejmelka sprawled from right to left and somehow got his blocker on it. Eberle looked skyward as he skated to the bench.

The Coyotes then stretched their lead to 2-0 when a broken play in Arizona’s end allowed Nick Schmaltz to sneak behind the Kraken defense. Alex Galchenyuk found a loose puck and hit Schmaltz at the far blue line. Schmaltz went in on a partial breakaway and beat Grubauer at 14:51.

That was how the second period would end. While Seattle was outshooting Arizona through 40 minutes, the Coyotes had more shot quality with 2.04 expected goals for to the Kraken’s 1.39.

The Kraken got on the board just 16 seconds into the third period. Colin Blackwell fought through a slash as he crossed over the blue line and fired a harmless-looking shot from the top of the right circle. It was perfectly placed, though, and hit off the inside of the far post to bring Seattle within one… for a moment.

As is tradition for Seattle, the Kraken gave that goal back fewer than two minutes later. Haydn Fleury blocked a Ryan Dzingel shot from the point. The puck caromed right onto the stick of Anton Stralman, who made a move and backhanded it past Grubauer. The goal made it 3-1 and reminded us that the Coyotes lead the league in guys that make you go, Oh yeah! That guy!

Arizona got two empty-net goals to close it out, and that was all she wrote.