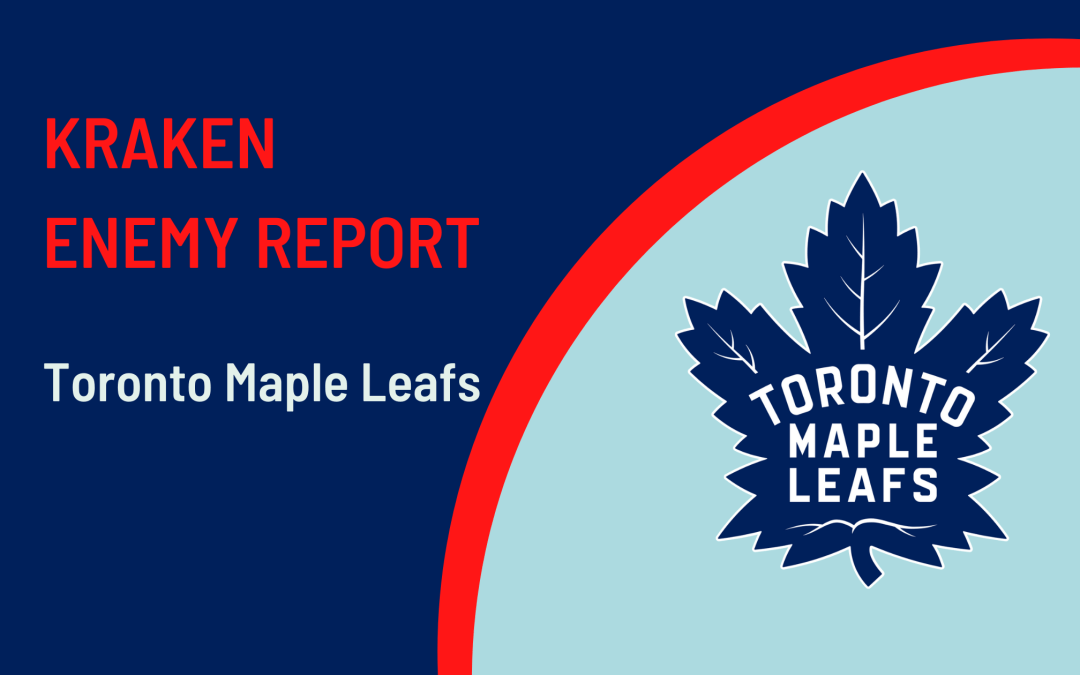 When the Maple Leafs face off against the Kraken Monday night it won’t be the first time that Toronto has played in Seattle or under the historic roof of Climate Pledge Arena. Monday will be the first time the Maple Leafs have played in Seattle since Oct. 8, 1968, when they played the Seattle Totems in the Seattle Center Coliseum in an exhibition game.

The game in 1968 would end the Maple Leafs win streak over the Totems as the locals got a win, 3-2, with Seattle legend Guyle Fielder picking up an assist. The Maple Leafs were a year removed from winning the Stanley Cup while the Totems were coming off back-to-back Western Hockey League titles.

Today’s Maple Leafs are just as formidable as the 1968 version but aren’t recent champions, having lost in the first round of last season’s Stanley Cup Playoffs. They are hoping to get out of the first round this spring and end the franchise’s long championship drought.

Toronto has lost it’s past two games but is still loaded and will present a significant problem for the Kraken at Climate Pledge Arena on Monday.

The Maple Leafs average 3.53 goals per game which is fourth best in the NHL. While that is a scary proposition, Seattle has beaten two of the three teams ahead of the Leafs (Florida, Colorado, Minnesota).

Auston Matthews leads the way and already has 32 goals on the season. He’s going to be the one to watch. He’ll play on a line with Mitch Marner who only has 16 goals but does have 24 assists and 40 points.

On the back end, former Moose Jaw Warrior Morgan Rielly has five goals and 35 assists on the year. He’ll man the power play for the Maple Leafs, a power play that is ranked first in the NHL with a 30.5 percent success rate.

Yanni Gourde figures to spend a lot of time on the ice against Matthews and crew and knows what is in store for him. “They’re a great team,” Gourde said after morning skate on Monday. “We’ve got to limit their second chances and how you do that is having back pressure, making sure that they don’t have time and space when there’s a shot. You [get] five guys around, make sure that if they get something else out of it, it’s going to be contested, there’s going to be people around them.”

Seattle coach Dave Hakstol spent the past two seasons on the Maple Leafs bench as an assistant to head coach Sheldon Keefe.

Matthews was a third-round pick by the Everett Silvertips in the 2012 Western Hockey League Draft. He was willing to come and play in Everett but was given an opportunity to play professional hockey in Europe for the Zurich Lions. That was enough to keep him from signing with the Silvertips, robbing local hockey fans of some fun hockey.