SOH LIVEBLOG: Kraken lose a 6-2 stinker to the Maple Leafs 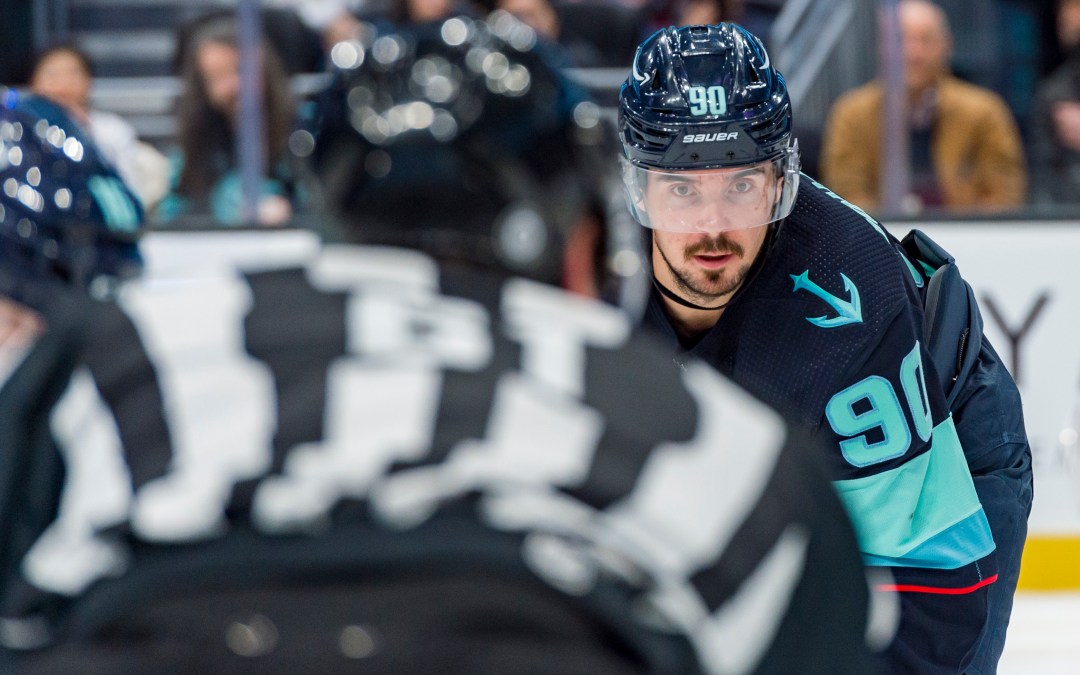 If it feels like you’ve been waiting an extra-long time to see the Kraken play the Maple Leafs, that’s because these two teams were supposed to play each other back in December, only to have that game get postponed due to COVID issues. But the long-awaited first meeting between these clubs will finally happen on Monday, in what will surely be a tough challenge for the Kraken.

Kraken head coach Dave Hakstol was an assistant for the Maple Leafs the last two seasons before getting hired by Seattle, so he is very familiar with the high-flying stars that Toronto employs.

“You got great people over there, obviously a very talented group,” he said after morning skate on Monday. “And they compete and play hard. For us tonight, against this team, our play with the puck is real important. They’re a team that generates second and third opportunities through puck recoveries, and they extend zone time very well that way.”

The Leafs are wrapping up a three-game road trip. So far, they have come up empty on this jaunt, losing 5-2 to Calgary on Thursday and 3-2 to Vancouver on Saturday. They are likely to play with desperation so as to avoid returning home empty handed. Toronto is currently third in a very good Atlantic Division, five points back from the Tampa Bay Lightning for second place and six points up on the Boston Bruins.

Could the floodgates open for Eberle?

Meanwhile, the Kraken are coming off a thrilling 4-3 win in Anaheim on Friday, a night when Jordan Eberle broke through with the game-winning goal. It was the All-Star’s first goal since Dec. 6, and it came off a beautiful back-hand saucer pass from fourth-line forward Riley Sheahan.

Remember, Eberle was Seattle’s best goal scorer for some stretches early in the season, so let’s see if that tally will open the floodgates for him. Linemate Jared McCann recently went on a much shorter six-game goalless skid, but once he scored against Nashville on Jan. 25, McCann potted goals in four of his next five games. Perhaps that same thing can happen for Eberle.

McCann, by the way, has a unique “revenge” game scenario against Toronto. Remember, the Penguins traded McCann to the Maple Leafs on July 17. The Maple Leafs then exposed McCann to the Kraken for their Expansion Draft on July 21. So, Seattle’s top scorer was with Toronto a whopping four days.

Marcus Johansson was a surprise scratch with a minor injury for that game against the Ducks on Friday, but he is expected to return Monday. Carson Soucy is nearing a return from injury, but Hakstol indicated that he needs a little more time. Philipp Grubauer will be back in net for Seattle after watching Chris Driedger get a victory Friday.

The Maple Leafs dominated the first few minutes of play, so it wasn’t surprising to see them take an early lead. After Seattle lost a puck battle along the boards, John Tavares got it on his stick in the right circle. He passed to Alex Kerfoot at the top of the left circle, who rifled a shot through traffic and beat Grubauer at 3:56.

The Kraken temporarily tied after a lucky bounce. Willie Nylander bumped a pass back into his own zone, but he hit the ref on the halfwall. The puck just sat uncontested for Mason Appleton, who picked it up and swept it to Calle Jarnkrok in the slot. Jarnkrok fired it home at 9:05.

The fortunate bounce for the Kraken was quickly paid back to the Maple Leafs, who regained the lead fewer than two minutes later (as is tradition). Michael Bunting attempted to simply poke the puck past Vince Dunn at the top of the Kraken crease, but it bounced off Dunn’s skate and went right through Grubauer to make it 2-1.

Just a few minutes later, the Leafs’ lethal power play struck on another bad-luck goal against Grubauer. Jason Spezza made a slap pass from the right hash to Bunting. Bunting redirected it, but was missing the net by a mile. To Seattle’s chagrin, it hit off Ondrej Kase’s skate and went right through Grubauer.

That goal made it 3-1 Maple Leafs, and that was how the first period would end.

Chris Driedger replaced Grubauer in net to start the second period. Grubauer allowed three goals on 11 shots, but he did have two very unlucky ones off skates.

Soon after Seattle’s first man advantage opportunity was easily killed off by Toronto, Dunn tripped Pierre Engvall and gave the Maple Leafs’ vaunted power play its second opportunity. Sure enough, Toronto converted again after an Auston Matthews shot was kicked out by Driedger to Wennberg, who softly pushed it right onto the stick of Mitch Marner. Marner beat Driedger and made it 4-1.

The Kraken just didn’t get much going offensively through two periods and deservedly trailed 4-1 when the second horn sounded.

Just when you thought Seattle’s power play couldn’t get any worse, it stooped to a new low. Marner poked a puck past Jordan Eberle at the Toronto blue line and flew in on a short-handed breakaway. He somehow sensed David Kampf trailing and made what would typically be considered an ill-advised drop pass. It worked to perfection, though, and Kampf had a wide-open net to make it 5-1.

Believe it or not, Seattle did get a power-play goal of its own in this game. McCann took a one-timer from the top of the right circle. It squeezed through Jack Campbell’s pads and barely trickled over the line.

The ref did not originally call it a goal, though, so play continued until the play was reviewed and the horn sounded to halt the action.

The goal was McCann’s 20th of the season, a new career high for him.

Toronto threw one last dash of salt in Seattle’s wound when Jake Muzzin blasted a one-timer from the right point that beat Driedger. That made it 6-2 late and was enough to finally send Kraken fans to the exits.

Check back often! We will update this article as the game goes on.