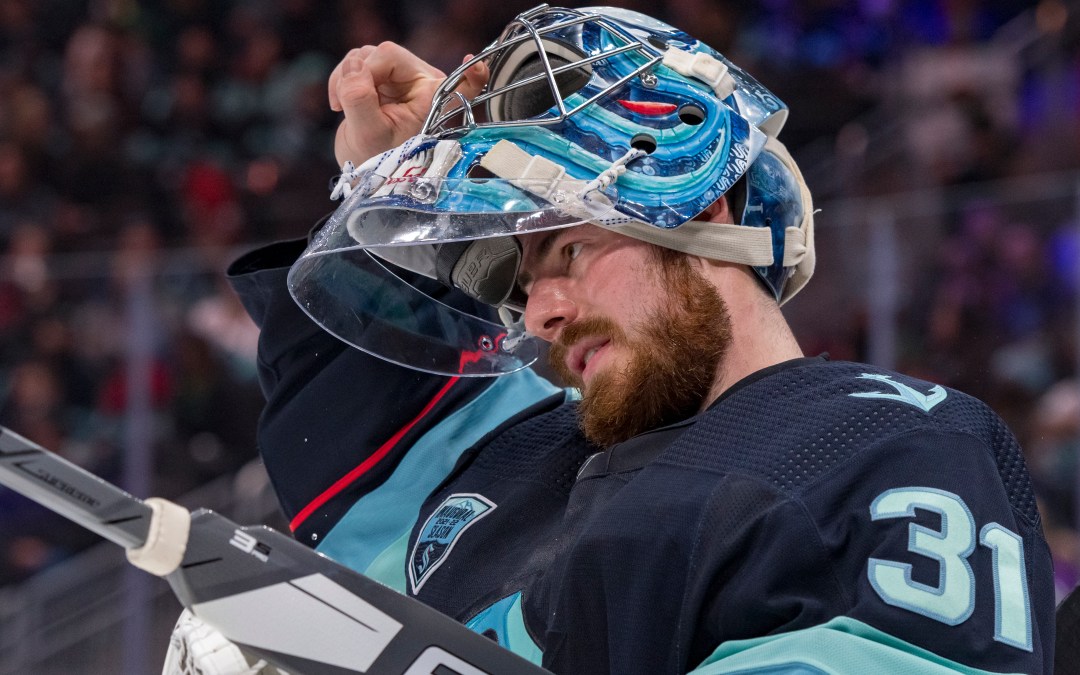 Five different Winnipeg Jets scored to help erase an early 2-0 deficit in a 5-3 win against the Seattle Kraken at the Canada Life Center on Thursday.

Tied at three, Winnipeg defenseman Josh Morrissey put the Jets ahead 4-3 at 13:50 of the third period after a slick passing play in the Seattle zone. Kyle Connor finally slid the puck to Morrissey whose shot hit the cross bar and dropped into the Kraken goal.

“I thought too many of their opportunities came off of our sticks,” Kraken coach Dave Hakstol said. “Once they got the two goals, it gave them a little bit of life. And the four or five chances in the second period that they had came off of our sticks. Give them credit for some good pressure, but those are areas that we can affect in a much better way for ourselves.”

Connor would tuck a shot into the empty net with 0.4 seconds left in the third period for the 5-3 final.

Blake Wheeler and Connor each had a goal and an assist, Dylan Demelo had two assists, and former Tri-City Americans goalie Eric Comrie made 20 saves for the Jets (21-18-8), who are 2-0-0 against Seattle this season.

Marcus Johansson had a goal and an assist, and Vince Dunn scored on the road for the third straight time. Philipp Grubauer turned away 24 shots for the Kraken (16-30-4), who had won their previous two road games.

“At the end of the day we hung [Grubauer] out a little bit too much to dry and they had some good chances,” Jordan Eberle said. “And that’s all stuff that we created and gave them.”

After playing a nearly perfect 19 minutes of the first period, a big turning point in the game came with 13 seconds left in the period with Seattle on a power play. Winnipeg’s Adam Lowry broke out of the Jets zone on a two-on-one with Dominic Toninato. As they raced into the Kraken end, Lowry passed the puck across and Toninato buried it to cut the lead to 2-1 and change the momentum.

Dunn put the Kraken up 1-0 at 3:21 of the first period when his power-play point shot rang off the post and in. For Dunn, it was goal number seven.

Seattle extended its lead to 2-0 on a goal by Johansson at 12:15. It was Johansson’s sixth of the year and came when he carried the puck deep and around the Jets net. He skated into the slot where he found space to let loose a wrist shot.

The first period was mostly dominated by the Kraken who had the lead in unblocked five-on-five shot attempts and the majority of all shot quality. That work was undone somewhat by Toninato’s shorthanded goal prior to the first horn.

Pierre-Luc Dubois tied the game 2-2 at 1:45 of the second period after a Kraken turnover at their own blue line ended up on his stick. He scored his 21st by beating Grubauer over his glove.

“We had the puck outside the line, we just didn’t connect on a breakout play,” Hakstol said. “That play has to be clean coming out of our zone. We had an opportunity to come out of the zone clean and be heading through the neutral zone, and we made a mistake at the blue line and came back in the zone.”

A costly Kraken turnover deep in their own zone led to the Jets taking a 3-2 lead on a goal by Wheeler at 11:54. Jamie Oleksiak carried the puck behind his own net, but it slid off his stick right to Paul Statsny who fired it to Wheeler all alone in the slot.

The Kraken tied it at 3-3 at 7:02 of the third when Eberle banged in his 14th of the season thanks to a cross-ice pass from Johansson.

“We created enough, I think the biggest thing is we just gave up too much and traded chances with a team who obviously has a lot of firepower,” Eberle said. “I thought we started the game really well. We’re on top of them, obviously got a couple big goals and then the shorthanded one at the end of the first, that really deflated us. That can’t happen.”

After finding a way to lose, Seattle will move on to Calgary to take on a good Flames team Saturday night.

+ The Kraken entered the game on a 4-for-45 power-play drought. Dunn’s goal in the first period was their second straight power-play chance with a conversion, though, after Jared McCann scored a power-play goal in the third period of the previous game against the Toronto Maple Leafs.

+ Defenseman Carson Soucy was back in the lineup for the Kraken after being injured on Jan. 23 in a game against the Florida Panthers.

+ Johansson broke a seven-game scoreless drought, getting his first goal since Jan. 23.

+ The Jets outshot the Kraken 22-13 over the final two periods.