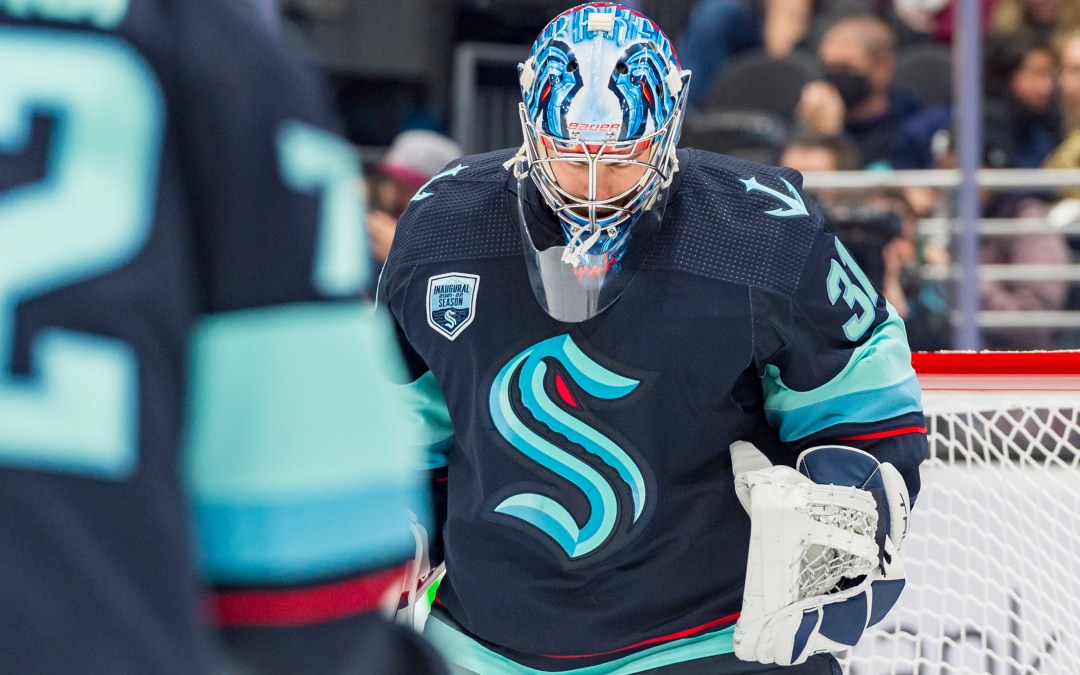 The script Saturday was much the same as it was the night before. The Kraken scored twice but allowed two power-play goals against which again made the difference during a 3-2 loss to the Carolina Hurricanes at PNC Arena.

Unlike Saturday’s loss to the Washington Capitals, the Kraken scored one power-play goal of their own but only managed one five-on-five score and would lose another close game.

“They won the specialty teams by one, that obviously makes a difference in the hockey game,” Kraken coach Dave Hakstol said.

Seattle has allowed four power-play goals over its past five attempts to start the road trip, but Hakstol doesn’t think they need to change up the strategy on the kill.

“We’ve got to complete the kill so we’re not going to overreact,” he said. “There’s no major adjustment that needs to be made, it’s a competitive scenario. We don’t like the way it’s gone for the last five, we’re gonna push that the other direction. We’re playing against, tonight, this is a good power play unit. We’re going to see another good one coming up in two days. So,we just got to make sure we get our heads clear.”

After playing to a 2-2 tie over the first two periods, Carolina got what would turn out to be the game-winning goal off the stick of Martin Necas, who found a loose puck in the slot, spun, and scored his ninth of the season at 10:22. The Kraken could not generate enough the rest of the way and dropped their ninth game out of the past 10.

“I feel like we have momentum in the game, we’re pushing and right now it’s just that we really can’t convert those chances,” Alex Wennberg said. “Obviously a tough loss yesterday and we wanted to get a win, we wanted to come out with a win, but like I said, there’s a lot of good things in the game as well. So obviously now we have a couple days here to get ready for our next game and we’re excited for that.”

Seattle has failed to score more than two goals in eight of its past 10 games.

“This is the first night we’ve been out chanced in several nights so we’re going to stay with the formula,” Hakstol said. “We got to stay with the formula and there’s no overreaction there. Last night we out chance our opponent probably nearly two to one. We can’t go and manufacture the puck going in the net, we’ve got to keep generating the opportunities, we got to keep playing hard, and our group has done that.”

Nino Niederreiter and Teuvo Teravainen each scored, and backup goalie Antti Raanta made 28 saves for the Hurricanes (39-12-5).

Calle Jarnkrok had a goal and an assist for the Kraken (17-36-5), who got 30 saves from Philipp Grubauer.

The Kraken had their chances

Wennberg gave the Kraken a 1-0 lead with a power-play goal at 3:12 of the second period when he flipped a rebound off Raanta’s pads and in. Seattle ended the night 1-for-3 on the power play.

Carolina tied the game 1-1 at 7:10 with a power-play goal when Niederreiter got a quick pass in front of the net from Jesperi Kotkaniemi and scored easily into the empty net.

“If we get the puck out and win the draw,” Grubauer said. “A couple of tough bounces over the last couple of games, but we’ve got to win the special teams. They make such a huge difference in every game.”

The Kraken had a response goal in their bucket, however. At 8:16 Adam Larsson flung a stretch pass through the middle of the ice that found Jarnkrok’s stick in behind the Carolina defense. Jarnkrok was alone and snapped a shot past Raanta on the stick side for his second in the past three games, and Seattle had a 2-1 lead.

Another Seattle penalty would lead to the Hurricanes tying the game at 2-2. Right off the face-off on the power play, Teravainen found a rebound to score his 16th of the season.

The Kraken will next play at the Toronto Maple Leafs Tuesday night.

+ Wennberg’s goal gives him two over his past three games.

+ The Kraken are 4-5-0 against teams that are top-ten teams in points.

+ With an assist, Sebastian Aho recorded his 378th career point and moved past Blaine Stoughton (377) for sole possession of eighth place on the Hurricanes/Whalers all-time list. He is now just one shy of Jeff Skinner.