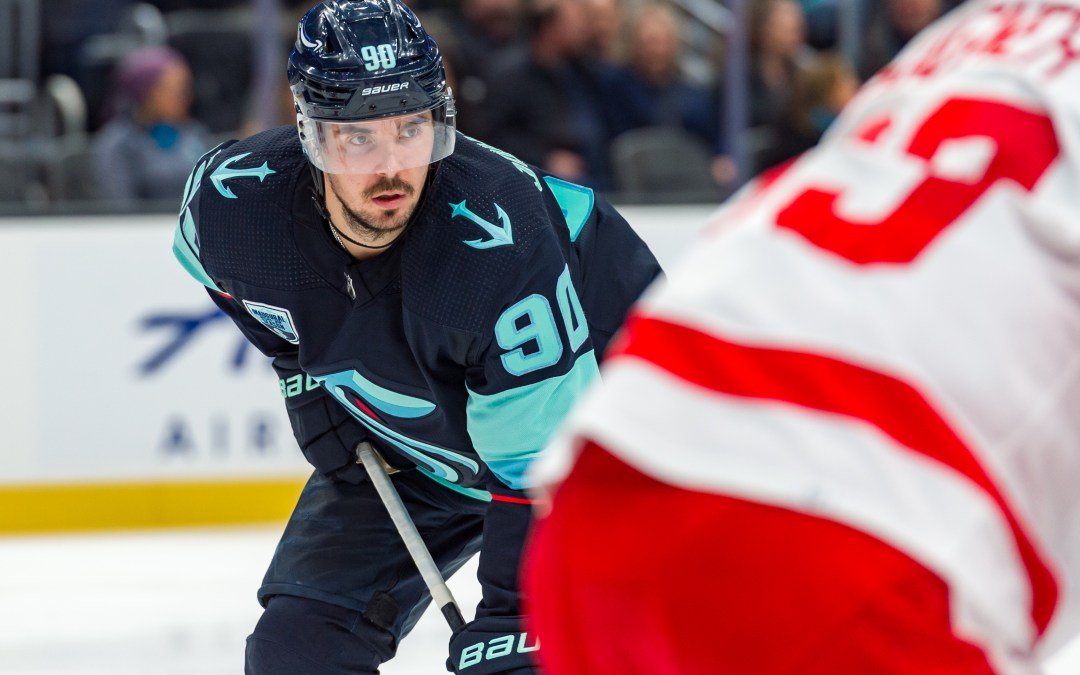 Everything must go! The Seattle Kraken Trade Deadline fire sale continued Monday morning, when the team announced that it had traded veteran forward Marcus Johansson to the Washington Capitals, one of Johansson’s former teams. In return, the Kraken received a 2022 fourth-round pick, a 2023 sixth-round pick, and forward Daniel Sprong.

Sprong is an intriguing piece. Though his stats have been underwhelming this season—he has eight goals and six assists in 47 games—he scored 13 goals last season and came in expecting to have a breakout year. It hasn’t happened, but he also has played in a checking role for much of the campaign.

Now that the Kraken have traded away four of their regular forwards—Johansson, Calle Jarnkrok, Colin Blackwell, and Mason Appleton—Sprong is certainly going to get every opportunity in the world to showcase his talents during these last 19 games.

“Daniel brings some speed and creativity to our roster and we’re looking forward to adding him to our team,” said general manager Ron Francis via a press release.

Sprong, 25, is the only player in the NHL from the Netherlands. In an introductory press conference via Zoom on Monday, he shared that his family moved from Amsterdam to Montreal when he was a young kid to help him pursue his hockey career.

He was not expecting to get traded by Washington, but he is excited for the opportunity to show what he can do for the rest of the season. He also said he remembered that Climate Pledge Arena got very loud when the Capitals visited the Kraken earlier this season.

Johansson leaves after scoring six goals and 17 assists in 51 games with the Kraken. “We appreciate Marcus’ character and professionalism during his time with the Kraken and wish him well in Washington,” said Francis.

This is a great deal for the Kraken. Johansson was a pleasant surprise for Seattle this season and ended up playing a much larger role for the club than we anticipated. But he was on an expiring contract, and we didn’t expect him back next year, so getting three assets in this deal is a nice win for Francis.

Sprong is also on an expiring contract, but he will be a restricted free agent after this season. So, the team can essentially decide—after watching him play for 19 games—whether they want him back for next season.

The two draft picks bring Seattle to 34 total picks over the next three seasons, which is ludicrous. In 2022 alone the Kraken will select 12 times, assuming they don’t package some of their selections to bring in current players before then.