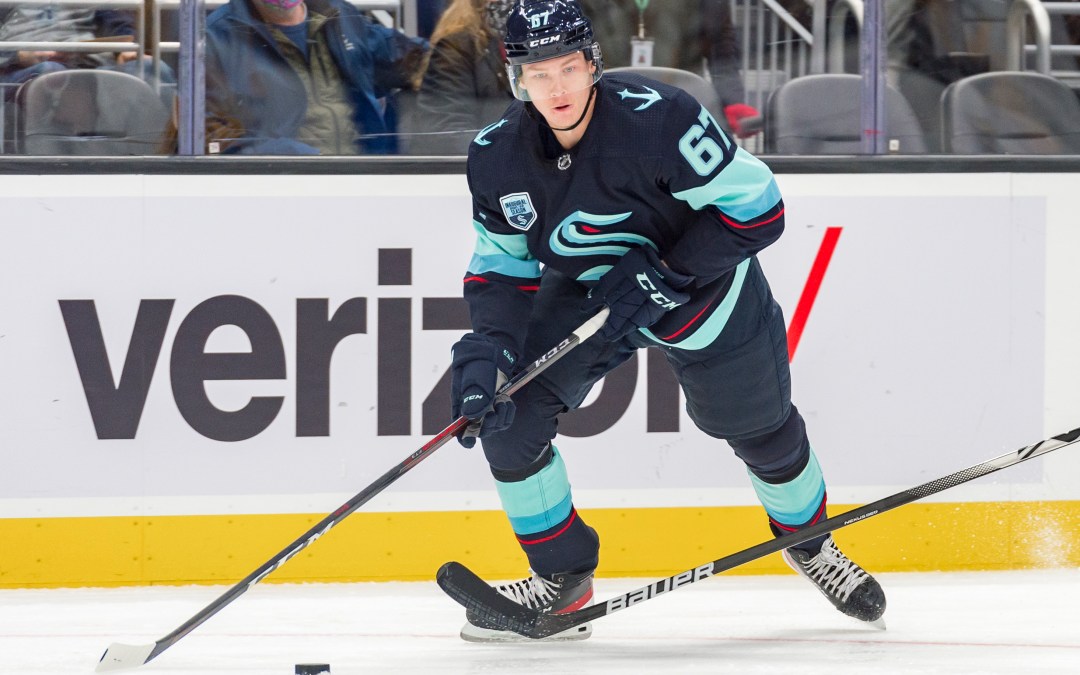 When a top defensive team hosts one that struggles to score, the outcome can be predictable. That was certainly the case Saturday as the Seattle Kraken struggled to generate against the Los Angeles Kings, falling 4-2 at Crypto.com Arena.

The Kraken fell behind in the first period. They briefly picked up some momentum in the second period to cut the lead, but the Kings scored twice more to seal the victory.

“I thought we worked our butts off for most of this hockey game,” Kraken coach Dave Hakstol said. “I feel like we gave up too much tonight off the rush. They got inside on us, like the first goal, a couple of inside tips and we weren’t able to capitalize on some of the opportunities that we had from the inside. And we didn’t get much off the rush which for us is important. We got to get a little bit more off the rush if we want to capitalize offensively. They were pretty good there tonight; they didn’t give us much.”

Anze Kopitar scored, and rookie Jordan Spence potted his first NHL goal for the Kings (36-22-9), who maintained their hold on second place in the Pacific Division.  Cal Petersen made 23 saves for his second win against the Kraken this season.

Daniel Sprong scored a goal for the second straight game with the Kraken (20-39-6), who were trying for their first three-game win streak in franchise history. Philipp Grubauer made 23 saves for Seattle.

The Kings played their game

The Kings and their suffocating defense set the tone in the first period. Los Angeles’ forecheck gave Seattle trouble breaking out of the zone and when the Kraken did get into the Kings end, they were unable to maintain any sustained zone time.

“I think we tried to come in here and establish our game early,” Morgan Geekie said. “Tonight, we just kind of struggled doing that. We did some good things for sure, we always do good things but definitely things you can take away from here and learn from in the future.”

It would be a failure to breakout that would lead to the game’s first goal. Gabriel Vilardi tipped a pass from Oli Maatta past Grubauer at 15:05 to make it 1-0.

Seattle was outshot 10-5 in the first period while the Kings enjoyed 71 percent of all shot quality.

“I think it was a hard working first period that we battled our tails off,” Hakstol said. “There were things that we want to be cleaner on and areas we want to be cleaner in, no question. But you’re not just gonna come out and tilt the ice in this building. You’re gonna have to work really hard to do that.”

Los Angeles would grab a 2-0 lead at 4:17 of the second period on Kopitar’s 17th of the season and it felt like the Kraken were already in trouble.

Sprong gave Seattle some hope, and momentum, two minutes later at 6:19 when he raced up the ice and scored on another heavy wrist shot to cut the lead to 2-1. But that’s as close as the Kraken would get.

“Obviously the first goal gave us life and put us into a good spot in the second period,” Hakstol said. “Was a good slash play by [Joonas] Donskoi that allowed Spronger to take advantage of that outside ice. You know, he’s worked hard, he shoots the puck a ton and when he gets opportunities, he makes them count.”

The Kraken got a cosmetic goal with four seconds left in the game when Geekie scored on a rebound from a Will Borgen shot to make the final 4-2. It was Geekie’s second goal in as many games.

Seattle will stay in Los Angeles to prepare for a rematch with the Kings on Monday before heading home to play the Vegas Golden Knights twice next week.

+ Jaden Schwartz and Haydn Fleury did not play Saturday. Each is listed as day to day with an undisclosed injury.

+ With the injuries, defenseman Derrik Pouliot made his Seattle debut. He ended up logging 15:58 of ice time and had one shot on goal.

+ Forward Victor Rask was recalled from the AHL’s Charlotte Checkers to step in for Schwartz. The former Minnesota Wild was on the ice for 14:31, took one shot, and won his only faceoff.