Kraken score early and often in 6-1 rout of Kings 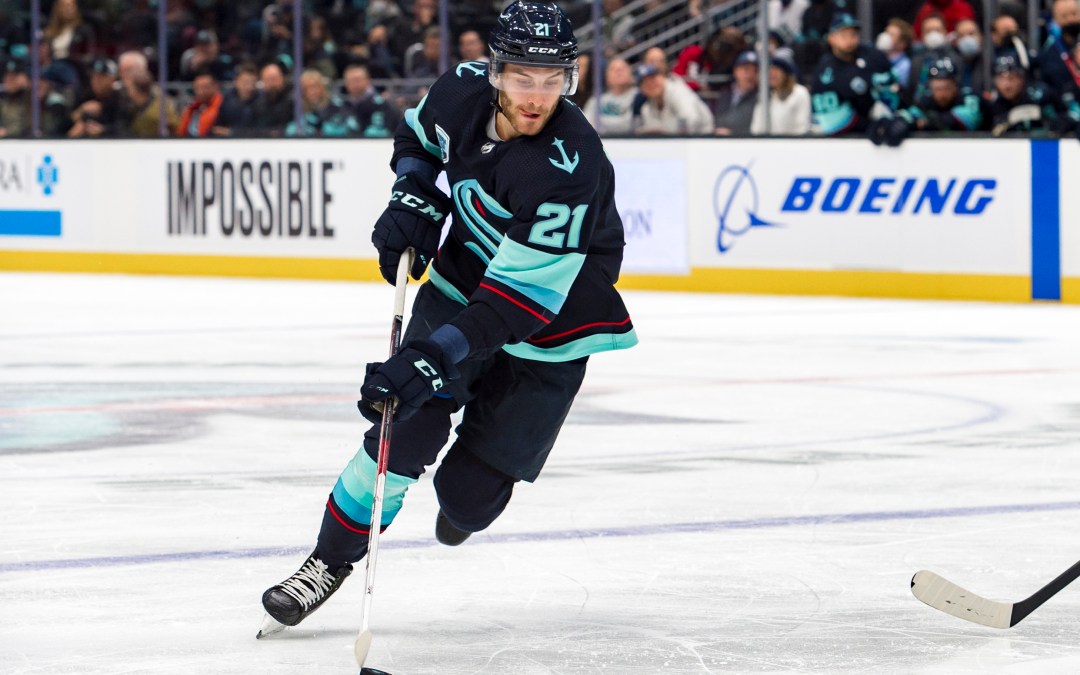 The city of Los Angeles is known for its mind numbing traffic but perhaps that inspired the Seattle Kraken Monday night. Seattle attacked the Los Angeles Kings net, and goalie Cal Petersen, with traffic all night on their way to a 6-1 rout at Crypto.com Arena.

A game after Petersen was able to settle in and be comfortable in net, Monday he had to deal with bodies, screens, and waves of Kraken taking the puck to the goal. Six different goal scorers found the back of the net for Seattle (21-38-6), which ends its road trip with a 2-1-0 record.

“It’s a key to this game,” Yanni Gourde said. “If you want to score goals, you got to go to the paint, you got to be determined to go there and create chances… you have to do that in this league to have success. And eventually you get bounces, and they go in for you.”

Lost in all the scoring was a 36-save night for Chris Driedger who made his first start since March 10.

Petersen made 32 saves for the Kings (35-23-9), who lost ground to the Calgary Flames for the Pacific Division lead.

During Saturday’s loss to the Kings, the Kraken struggled in the first period. They corrected that on Monday and scored 14 seconds into the game when Ryan Donato’s wrap around chance was stopped but Alex Wennberg followed up and potted the rebound to make it 1-0.

“We’ve gotten off to some good starts, we didn’t the other night,” Kraken coach Dave Hakstol said. “This time of year, it’s hard to play from behind. It’s tough to play from behind and dig out of a hole. We earned that lead tonight. It’s an important way to start the game, especially coming off the loss two nights ago.”

The Kings tied the game 1-1 at 6:23 on a power-play goal from Arthur Kaliyev, but it was all Kraken after that.

At 8:24, the Kraken went ahead 2-1 when Adam Larsson flung a puck through traffic for his career-best sixth of the season.

“Larsson’s goal, if you look at it the second goal, we have great net presence on the flash screen coming through their goaltender’s eyes,” Hakstol said.

Victor Rask scored his first as a Kraken to make it 3-1 at 13:55 of the second period. It was another goal scored through traffic after Rask raced into the zone, put on the breaks, and fired a shot to score his first since Jan 14.

“We had a guy come in late on that play that I thought he might slide right to the middle of the rink but he held it,” Hakstol said. “The real key is the net front presence on those on those goals. We real good net front presence with guys stopping at the top of the blue paint.”

Jordan Eberle extended the lead with a breakaway goal in the third period. Seattle then made it 5-1 on a Jared McCann goal when he and Morgan Geekie created a 2-on-1 break down low.

Daniel Sprong would score his third goal since joining the Kraken at 12:13 of the third when his shot rebounded off Petersen and then hit Jordan Spence in the face before falling in the net.

“It was a pretty complete effort. everybody chipped in,” Hakstol said. “Things went right for us offensively, but I felt like we earned it. We got some breaks late in this game, but we earned everything in the first 35 minutes of this hockey game. We played hard with the puck, we put some miles on them defensively and that has a way of paying off later in games and it did tonight.”

+ Vince Dunn had two assists and has eight in his last seven games.

+ Sprong became the first Kraken to score in each of his first three games with the team.

+ Karson Kuhlman assisted on Rask’s goal for his first point as a member of the Kraken.

+ Wennberg’s goal was the fastest goal to start a game in Kraken history.