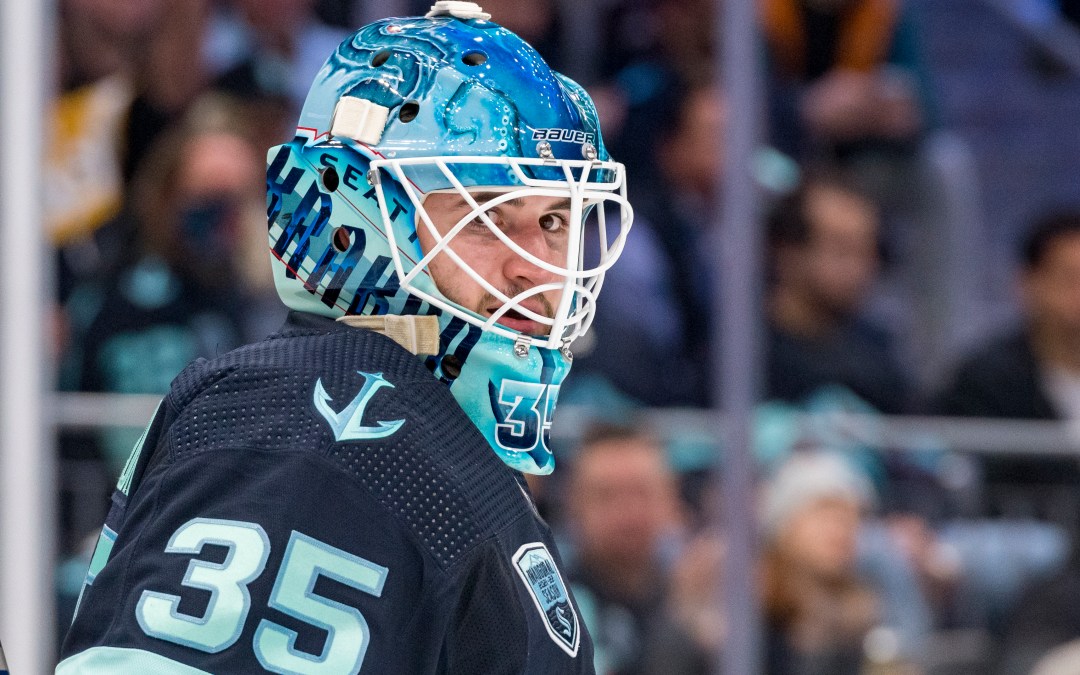 The good news… correction, the GREAT news is that Joey Daccord is back on Sound Of Hockey for his second appearance, and he is once again electrifying! The bad news is that Darren has COVID. But that’s ok, because he has a great time talking to Joey (via Zoom, obvi), and that makes everything better.

The boys are confident that you will love this second interview with Daccord, who shares some awesome stories about playing in Charlotte, getting called up to Seattle, and being part of the Kraken’s home opener.

Before the interview, John, Andy, and Darren recap the Kraken games against Los Angeles, Vegas, and Dallas, then give some general NHL news. After the interview, they shift the show into segments, with the first being an NCAA Frozen Four edition of Games on the Radar. They then move to Goalie Gear Corner, Weekly One-Timers, Tweets of the Week, and Three Stars.

It’s a battle this week, but this show is a very fun one.