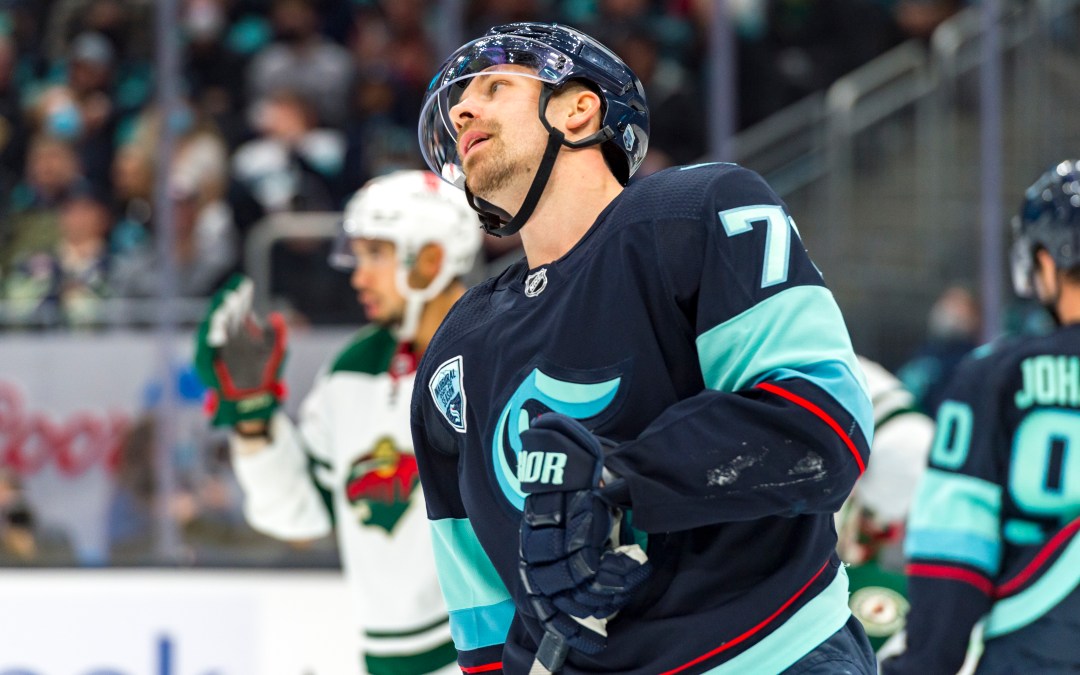 What started promising soon turned to the fodder of nightmares in St. Paul for the Seattle Kraken on Friday.  The Minnesota Wild scored six unanswered goals after the Kraken led early and skated away with a 6-3 win at Xcel Energy Center.

As well as Seattle played in the first period, when they struck early for a 2-0 lead, the Wild matched and flew past the Kraken in the second period with five scores.

“They’re gonna get some life, they’re a good team, and they had a lot of life in the second period,” Seattle coach Dave Hakstol said. “We fed a lot of that as well. You can’t do that, to be blunt. We’ve played really good hockey over the last stretch here and in the second period they were a team that was playing for a playoff position and seeding. They played for real, we played 20 minutes of shinny hockey.”

It was a record night for Minnesota (49-21-7). Kirill Kaprizov scored a goal with three assists to become the first player in Wild history to top the 100-point mark in a season. When the final horn sounded, Kaprizov had 103 points.

Not much went right for the Kraken (26-46-6), who got goals from Daniel Sprong, Yanni Gourde, and Matty Beniers. The rookie extended his career opening point streak to five straight games (three goals, two assists). In the first of a back-to-back (the Kraken are in Dallas on Saturday) schedule, Philipp Grubauer took the brunt of the damage and made 29 saves.

Seattle jumped out to a two-goal lead in the first with a pair of nice plays.

The Kraken took the lead 1-0 at 6:16 after the forecheck forced Fleury into losing the puck. Joonas Donskoi picked it up and threw it to Sprong in front of the net with a wide-open net.

Seattle doubled it’s lead at 10:20 after Karson Kuhlman and Gourde passed it back and forth three times before Gourde scored his 20th of the season.

Eriksson-Ek cut the Kraken lead to 2-1 with a power-play goal at 16:01 when he one-timed a pass from Kaprizov. At the time it seemed like the game would turn into a close, back-and-forth match, but it wouldn’t be.

“I can go through every one of the goals against if you want, but I’m not going to do that,” Hakstol said.

The Kraken would get loose with the puck, take penalties, and struggled on special teams. The Wild were 3-for-5 on the power play.

Eriksson-Ek scored again early in the second to tie the game and then the floodgates opened.

Minnesota scored four more times in the second on goals from Kaprizov, Hartman, Mats Zuccarello, and Nicolas Deslauriers. The Kraken started the period with the lead but would skate off, heads low, trailing 6-2.

Beniers scored the only goal in the third. It came on a Kraken power play at 5:16 of the third when he beat Fleury from the slot.

By scoring a goal, Beniers is the first rookie to start his career with a five-game point streak since former Spokane Chief Ty Smith did it with the New Jersey Devils in 2021. The last time a rookie had a longer point streak to start was Jonathan Toews who had points in 10 straight to begin his career with the Chicago Blackhawks in 2007-08.

Since Beniers joined the Kraken, Seattle has scored at least three goals in all five games he played.