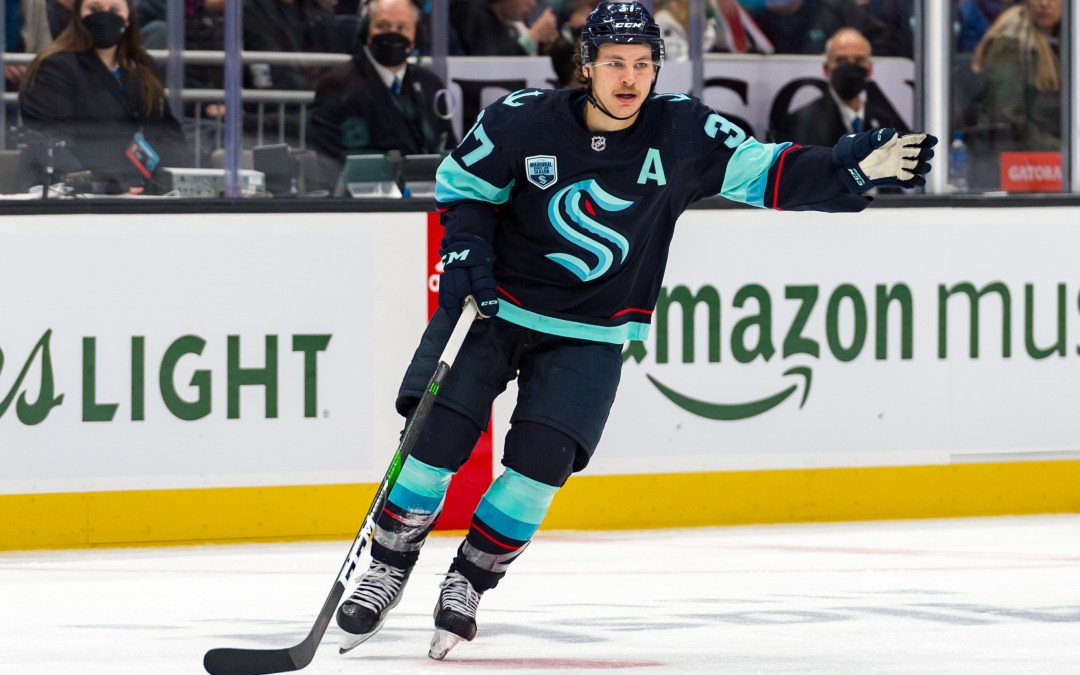 It only felt like a replay of Friday night, but the Seattle Kraken gave up a two-goal lead during the second period for the second night in a row. Saturday it was the Dallas Stars at American Airlines Center who handed the Kraken their second loss in a row, 3-2.

Seattle scored twice in the first period, but as they did in Minnesota, they relinquished that lead by allowing Dallas to score three unanswered in the second to win the game.

After a franchise-best three-game winning streak was snapped Friday night, Seattle has lost two in a row.

“It was five minutes that got us,” Seattle coach Dave Hakstol said. “We gave up to three in a short span. We had a really good start to the second and regained our composure after that and had a hell of a third period but couldn’t overcome that, that five-minute span.”

A night after allowing three power-play goals against, Dallas was 1-for-2 with the man advantage.

Roope Hintz scored twice for the Stars (44-30-5), who are in a fight for the last wild card spot in the Western Conference. Jake Oettinger made 25 saves for his 28th win of the season.

Yanni Gourde scored for the third straight game for the Kraken (26-46-6), who lost both ends of back-to-back games. Chris Driedger played well in defeat with 28 saves, 12 of which came in the first period. Rookie Matty Beniers was held off the scoresheet, ending his streak of five games with a point to start his NHL career.

“We settled our game down and righted the ship and got pushed back the other direction during the second period,” Hakstol said. “In the third we deserved a better fate for sure. I thought we earned a couple of power plays in there. We earned some zone time. They did a good job of keeping us to the outside on a lot of those plays, but we had some good looks.”

The Kraken outshot Dallas 14-5 in the third period.

“They put some pressure on us and we were getting hemmed in,” Riley Sheahan said. “They did a good job of coming at us and pressuring us and we weren’t able to really break it. So, it allowed them to get some momentum and kind of give us a tough time for that second. Overall, it wasn’t a terrible game we just kind of had some lapses or took the foot off the gas and they capitalized.”

Down 2-0, Hintz cut the lead to 2-1 at 6:53 after a cross-ice pass from Joe Pavelski, and then Hintz tied the game two minutes later after he split the defense and flipped the puck past Driedger.

What would turn out to be the game-winner came at 11:34 after Ryan Donato turned the puck over behind the Kraken net. Denis Gurianov picked it up and flung it in front to Vladislav Namestnikov who scored his 15th to make the score 3-2.

“We had, obviously, the turnover by Donnie, but we had a couple of tired players on the ice that extended his shift,” Hakstol said. “Those things get you in the second period and on the winning goal, the third goal, that was the case.”

After an early Dallas goal was overturned on review because Hintz cleared Driedger out of the crease, the Kraken responded with a goal that counted.

Adam Larsson’s point shot was stopped, but the rebound fell to Sheahan, and he made it 1-0 at 6:50 of the first period. Gourde then tipped in a Derrick Pouliot bid from the point at 18:38 to give Seattle its second 2-0 lead in as many nights.

+ Gourde has scored 20 goals for the third time in his career and is the second Kraken to hit the mark, joining Jared McCann.

+ Gourde’s goal in the first period was the 100th in his NHL career. He is the ninth active undrafted player to reach the mark.