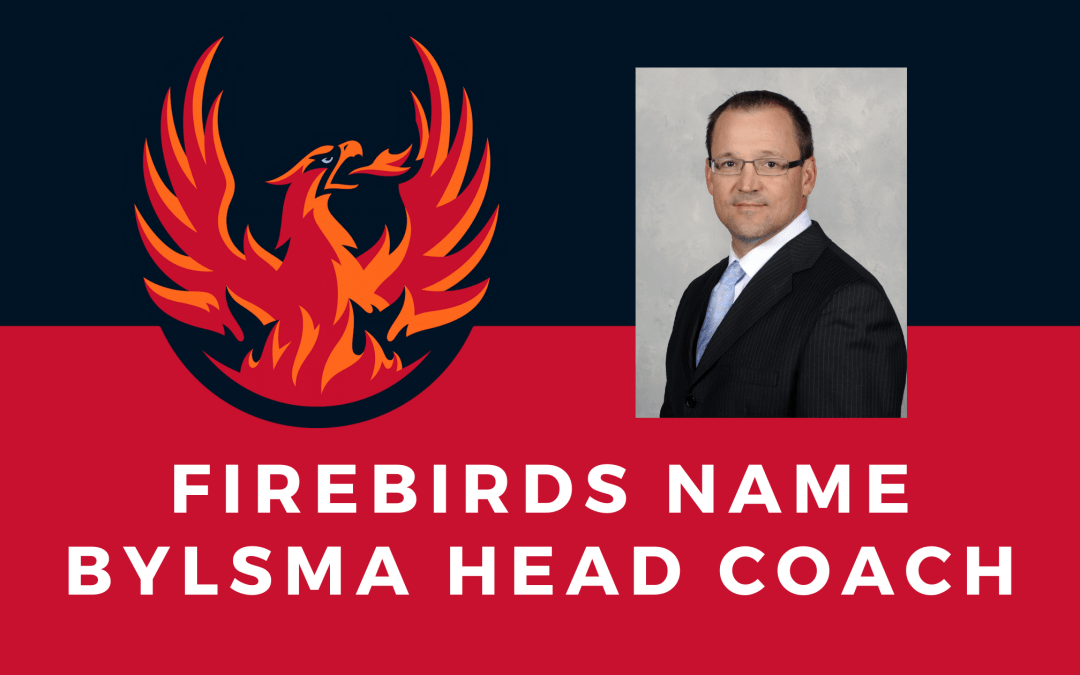 Eyebrows were raised around the hockey world when the Seattle Kraken announced in Aug., 2021, that Dan Bylsma was joining the organization and would serve as assistant coach for the Charlotte Checkers. The news immediately got some wheels turning—at least here at Sound Of Hockey—that perhaps Bylsma could be putting himself in line to become the first head coach of the Coachella Valley Firebirds.

Lo and behold, some 10 months later, the Firebirds and Kraken officially announced on Tuesday that Bylsma will be handed the reins.

At the time he joined Charlotte, it was a bit surprising that Bylsma, who won a Stanley Cup as the head coach of the Pittsburgh Penguins in 2008-09, would take an AHL assistant role. It seemed like a step back for the former NHL coach, but in retrospect, it was plain to see how he was positioning himself.

“Talking to [Kraken general manager Ron Francis] last season about the opportunity to coach in Charlotte, [Coachella Valley] was on my mind,” Bylsma said Tuesday. “We needed a coach for the development of players in Charlotte last season, but I knew down the road that we’d be going to Coachella, and that would be there.”

Bylsma’s foresight and gamble on himself paid off.

Bylsma boasts an impressive resume. After a 12-year pro playing career that included 429 NHL games with the Los Angeles Kings and Anaheim Mighty Ducks, he went right into coaching as an assistant for the AHL’s Cincinnati Mighty Ducks. During the 2008-09 season, Bylsma was promoted mid-season from head coach of the Wilkes-Barre/Scranton Penguins to head coach of the Pittsburgh Penguins, replacing the fired Michel Therrien. The NHL Penguins responded well to Bylsma, and he led them to their first Stanley Cup since 1992.

The Grand Haven, Mich., native won the Jack Adams Award in 2010-11, coached Team USA at the Sochi Olympics in 2014, and was the fastest coach ever to reach 250 career NHL wins.

In June, 2014, he was relieved of his duties by the Penguins and eventually signed on as the head coach of the Buffalo Sabres starting in 2015. He lasted two seasons there before returning to his hometown Detroit Red Wings, where he was an assistant coach for three seasons before joining the Kraken organization.

Now back in the AHL, Bylsma knows the focus is on helping young players reach their potential. “A huge responsibility in the organization for the Seattle Kraken is the development of the players and development of the young players coming into the organization,” he said. “Getting an opportunity to do that as a head coach in the American Hockey League is something I take a great deal of pride in, and I’m excited about that opportunity to do it.”

Bylsma has already been working with young Kraken players in Charlotte, where he guided prospects like Alexander True, Cale Fleury, and Max McCormick, three players he thinks are close to being full-timers in the NHL. Getting those types of players over the hump and onto the next level now falls more squarely on Bylsma’s shoulders, but he is ready for the challenge and has been in this position before.

“I think when we look at it from an organization standpoint, it’s such a critical part of the process for us,” added Francis. “We draft these young men, and we ask them to go and play in the American Hockey League, and we try and draft and develop them to get to the NHL. So having a guy with that sort of pedigree—he’s coached at all levels, AHL, NHL, World Championships, he’s won a Stanley Cup, he’s been coach of the year in the NHL—we feel very fortunate we have somebody like Dan to lead that charge and help the development of our young players.”

When the inaugural Kraken season ended, Francis went through a laundry list of AHL-related projects ahead of him for this offseason, as he is now tasked with building out the Firebirds from scratch. Deciding on a head coach was one of those items, but that was just the start.

“I would say [the list of responsibilities] is slightly shorter, but it’s still a long list,” Francis said. Some hires left to be made include an athletic trainer, assistant coaches, goalie coaches at both the NHL and AHL levels, a video coach, a skills coach, and—oh, by the way—almost a full roster of players.

So, Francis said the AHL team would start the season in Seattle and “play some games up in this area,” making the Kraken Community Iceplex the home base for the Firebirds initially. They will then transition to Coachella Valley when their practice arena opens.

There are plenty of questions left to answer before the Coachella Valley Firebirds can take flight. For now, with Bylsma as the team’s first head coach, one big question has been resolved.