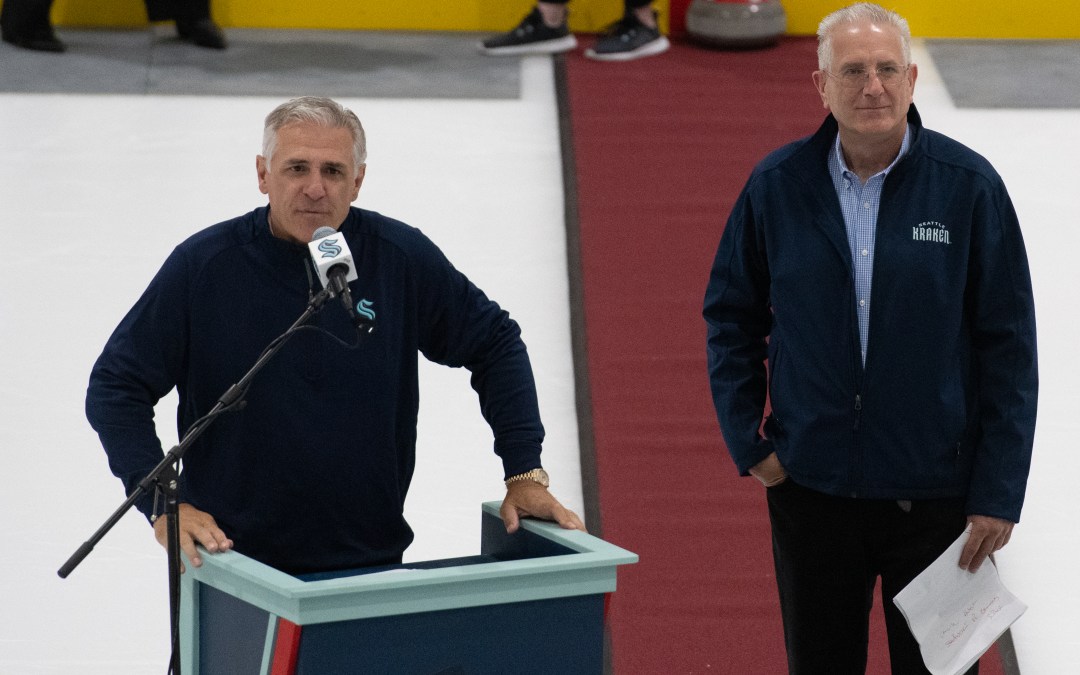 Friday morning the NHL Entry Draft moved into rounds two through seven, and the Seattle Kraken were quite busy. Coming into Friday, Seattle had 11 remaining picks, highlighted by four in the second round. The Kraken ended up with 10 picks after making one trade with the Boston Bruins to move up and select Ben MacDonald in the third round.

General manager Ron Francis made it clear earlier in the week that the club was looking to add scoring, and that was evident by the players he chose on Friday. All the skaters selected (there was also one goalie taken), are goal scoring, offensively minded players. It’s unknown how many of these prospects will ever sign or make it to the NHL, but Francis certainly gave himself a chance with the selections made.

Francis played his junior hockey in the Ontario Hockey League, and you have to wonder if he was feeling nostalgic during this draft. If you count Thursday’s first pick, Shane Wright, the Kraken took five players from the OHL.

A couple of picks to highlight and watch for when the team holds its first ever Prospect Camp – July 11-14 – are Jagger Firkus and third-round pick Ty Nelson. Both are big-time offensive producers and could develop into gems for the Kraken. If nothing else, Nelson won the draft outfit competition with his blue checkered blazer and matching blue fedora.

Here are the new prospects in the Kraken pipeline.

This was a quality pick for the Kraken, who as Ron Francis said last week were looking for scoring. That’s what you get with Firkus. He potted 36 goals, with 44 assists, for 80 points in 66 games last year in the WHL. He’ll need to try and put some weight on that frame, but he’s lightning quick and is an outstanding play maker. He will be back in Moose Jaw, and their new uniforms, next season but he’s a prospect with a high ceiling ahead of him.

He was great during spring’s CHL Top Prospect Game, and his draft stock rose to the point that some suggested he’d be selected late in the first round. The Kraken benefitted for the second straight day with a guy slipping to them.

Firkus loves the sport and spoke highly of practicing in his basement with a shooting trainer that his parents purchased for him.

“My parents set it up for me for a couple of years ago,” Firkus said to the media Friday. “It’s really good. Probably the best present I ever got and something that I still use to this day. You set it up like four feet from the wall so when you hit the target, it doesn’t quite hit the wall.”

The Kraken picked up some needed forward size with Nyman who can skate well for a big man. He scored 18 goals in a Finnish pro league last season and has a great shot. He is one of the younger players in the draft – he doesn’t turn 18 until the end of July – so he may be a long way away from the NHL.

Good sized goalie who is athletic in the net and covers a ton of ground. In 29 games last season for Karpart in Finland’s U20 league, he had a goals against average of 2.06 with a .914 save percentage. The Kraken only had one goalie in their prospect system, so Kokko gives them needed goalie depth.

A skilled center with great skating ability, Goyette scored 33 goals and 40 assists for 73 points in 66 games during his rookie season in the OHL with Sudbury. That’s some impressive scoring for a kid his age and continues the Kraken theme of getting offensive depth in the system. Scouts like his skating and play-making ability with the puck while wanting more consistency out of him.

Nelson, while a defenseman, is all offense. Scouts praise his skating ability and offensive instincts, and he plays with no fear. The biggest knock on him is that he’s on the smaller size but not afraid to play a heavy game. If he can put on some muscle, he may have a shot.

“He just has high character,” Kraken director of amateur scouting Robert Kron said. “He’s got a high compete and is very positive. He works really hard, he’s a strong kid, a right-hand defenseman who skates well and has a hard shot.”

Nelson also once broke a puck in half.

Seattle moved picks 117 and 132 to Boston to make this selection and go the high school hockey route with MacDonald. He’s ranked 60th among North American skaters by NHL Central Scouting and scouts like his pace of play and overall skill. He’s an under-the-radar pick who is committed to play at Harvard, which makes one assume he has the smarts.

“Our regional guys were passionate about him,” Kron said. “They had a big belief in his ability. He plays high school, which is a difficult league to judge, but he’s got good size and speed.”

Jugnauth is committed to the University of Wisconsin next season and just finished a year in the BCHL where he scored nine goals and 41 assists for 50 points in 52 games. That was second in the league among defensemen. Scouts like his puck handling skills and ability to exit the zone to go along with his offensive ability.

Scored 41 goals last season and 81 points in the OHL. He was passed up in last year’s Draft so he is an older player at 19 years old. Scouts like how hard he plays and has good hands while showing no fear in attacking the net.

Hall split time between the Wilderness and high school hockey with Gentry Academy. In high school he scored 55 points in 25 games with 25 goals. He’s committed to play NCAA hockey with St. Cloud State and is definitely a project to keep an eye on.

Jackson is an over ager, having been passed over in the draft before. He was invited to the Nashville Predators Development Camp last year prior to scoring 30 goals and 62 points in just 45 games last season.