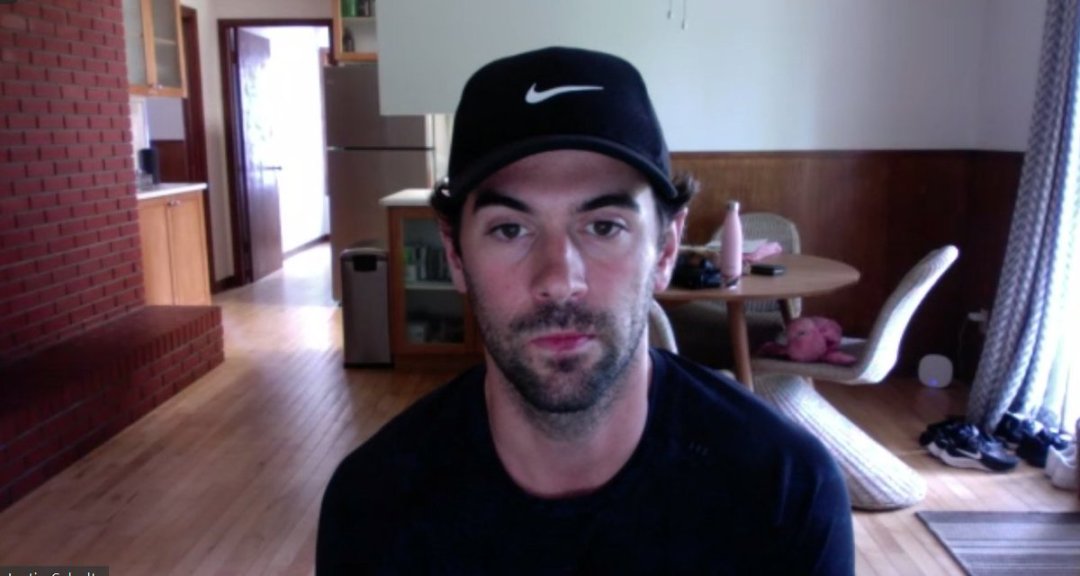 Hailing from Kelowna, BC, new Seattle Kraken defenseman Justin Schultz is glad to be back on the West Coast. He’s played the past seven years in Pittsburgh and Washington, which made it hard for family to travel to see him live. It was part of the attraction that Seattle had for the 32-year-old when he hit free agency this summer.

“I’m super excited, my wife is too. Ever since Seattle came in the league it was kind of one of those spots that we always wanted to play in, eventually,” Schultz said while addressing the local media on Thursday afternoon. “It’s close to home for us. We love the city and it’s a great opportunity for me to come in and earn a role and help this team win. We’ve got a lot of good young players, and it’s exciting being a part of this franchise.”

Schultz was signed to a two-year contract worth $3 million on the first day of July’s NHL Free Agency period. He brings with him a pair of Stanley Cup rings won with the Pittsburgh Penguins, as well as 602 NHL games under his belt.

He began his career with four seasons for the Edmonton Oilers starting in 2012, and would go on to spend five seasons with the Penguins, and the past two with the Washington Capitals.

“Looking at the back end, we needed a right-shot guy that can add to the power play,” Seattle general manager Ron Francis said. “Certainly, we think Schultz is a guy that can do that. He hasn’t had much of an opportunity, playing behind [John] Carlson and in Pittsburgh behind [Kris] Letang. So, we think that’ll be a good opportunity for him.”

Schultz has been playing second fiddle to a pair of great defensemen for a good part of his career, but he has scored 13 goals and 102 points on the power play.

Last season with the Capitals he potted a pair of goals on the man advantage along with three assists. He’ll be involved with the Kraken power play and could possibly quarterback one of the team’s two units, along with Vince Dunn.

“I kind of wanted a bigger role, and there’s definitely an opportunity,” Schultz said. “Gotta go out and earn it. But I learned a lot from those guys. They’re two of the best offensive defensemen, the best quarterbacks of a power play in the league. So, it was pretty cool to be behind them and working with them for all those years. Hopefully I can take what I learned and bring it to Seattle.”

The Kraken struggled on the power play last year and experienced multiple long droughts with the man advantage on the way to finishing 29th in the league with a 14.6 percent success rate. Seattle was even worse at home, where it scored just 15 power-play goals and had a 12.7 percent scoring rate.

If Schultz, along with the additions up front, can help to improve those numbers, then the Kraken will end up happy with his signing.

Schultz’ path to the NHL was unique

Schultz is no stranger to free agency and how to navigate the business side of pro hockey.

He was drafted in the second round of the 2008 NHL Draft by Anaheim and would head to the University of Wisconsin where he was a star for the Badgers. Schultz and the Ducks could not agree on a contract after the 2011-12 season, and the stalemate eventually led to Schultz becoming an unrestricted free agent before he had played one minute of NHL hockey.

In his final season at Wisconsin, he had a monster year, recording 44 points in 37 games, making him an attractive player to sign. A frenzy of sorts broke out as nearly every team was interested in Schultz.

The eventual winners of the Schultz sweepstakes were the Edmonton Oilers who signed the defenseman to an entry-level contract. He would spend his first three and a half seasons playing in Edmonton.

“I kind of went through it all at a young age and wasn’t really expecting it to go that way,” he said, referencing a relatively slow start to his pro career. “Kind of had to build my confidence back and got to play on some really good teams and learn from a lot of really good players. So hopefully I can bring that to this team. We’ve got a lot of young guys, it’s kind of weird to think that I’m one of the older guys now, but it’s going to be fun.”

Schultz is not from Seattle but is familiar. He was with the Capitals and played against the Kraken in a 5-2 Seattle win at Climate Pledge Arena in November. Schultz was held off the scorecard that night, but the arena made an impression.

“We only got to go there once and it was on a back-to-back, so we didn’t really get to go to dinner or anything in the city,” Schultz said. “But the arena is amazing and it’s pretty cool to be able to call that place home now.”

When Schultz arrives in Seattle for training camp there will be familiar faces as well. In Pittsburgh he played with Jared McCann, Brandon Tanev, and Jamie Oleksiak. During his four seasons with Edmonton, he was a teammate and friends with Jordan Eberle.

“He was probably one of the first guys that reached out,” Schultz said. “I’ve talked to him every once in a while, and it’s pretty cool to get to play with him again. I played with a bunch of guys that are there now, so I feel pretty comfortable coming in.”

It was hard for Schultz to hide his excitement at the opportunity he has in front of him with the Kraken on Thursday. His signing wasn’t a big splash across the league, but he adds a veteran on the blue line who can chip in offensively and help jump start an ailing power play, and that just may be what the Kraken need.