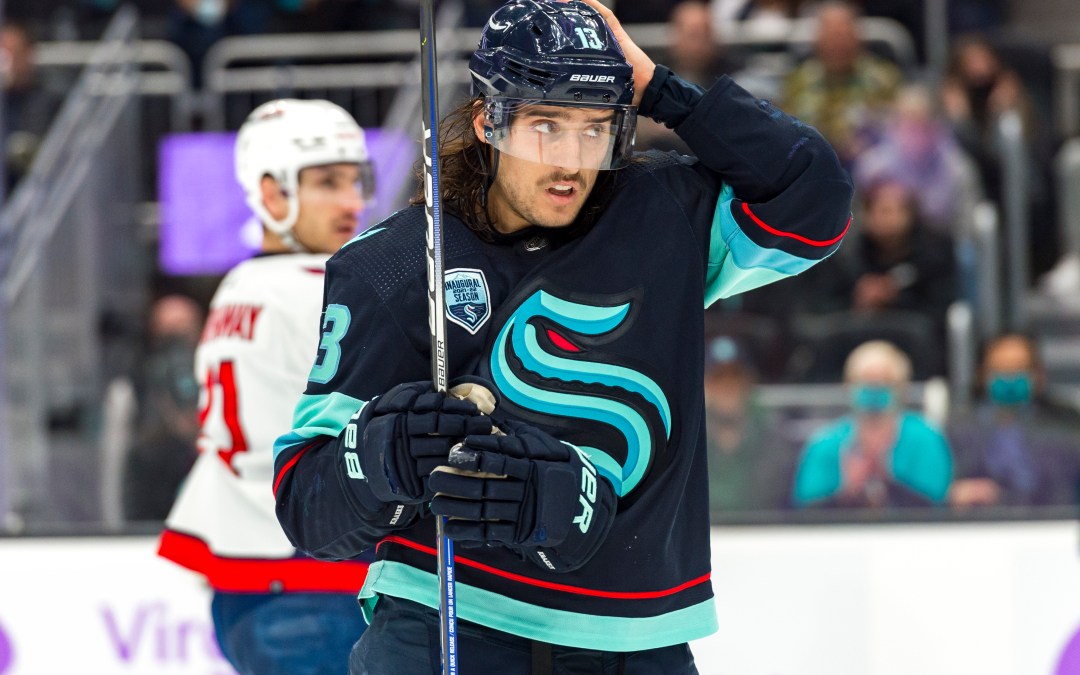 SEATTLE– Kraken hockey was back on the ice Thursday as the team kicked off training camp at the Kraken Community Iceplex.

Not only was the team back to prepare for the franchise’s second season, but so were forwards Brandon Tanev and Jaden Schwartz. Two key players who missed significant time last season due to injury, both were on the ice Thursday and each guy looked healed, rested, and ready to go.

Schwartz injured his wrist in a game against Philadelphia in late December and returned to the lineup March 5 for a game versus the Washington Capitals. But he suffered a different injury at the end of the month and did not return for the remainder of the season.

The second injury was undisclosed, and he was still feeling the effects at the team’s closing interviews in May.

“All I can say is there were a lot of tests done and doctors went down some different paths,” Schwartz said Thursday. “I got good help and I feel like it could help me a lot this year. So, I feel good.”

He ended the season playing in 37 games while scoring eight goals and 23 points.

Tanev burst out of the gates for Seattle last year, quickly becoming a fan favorite for his hair-on-fire style of play and scoring nine goals in the first 30 games. He appeared on his way to easily breaking his career mark of 14 scores that he set in 2018-19 playing for the Winnipeg Jets.

But he never got there as a knee injury sidelined him, and he would miss the final 52 games of the season.

“It took a little bit time learning to do things that had come so easily,” Tanev said. “Once you’re back on the ice, there with your teammates and back in the city of Seattle, you’re excited to be back here for training camp.”

While he would probably admit to having some rust, he looked like Brandon Tanev during an afternoon scrimmage Thursday. There were no massive hits, but he skated fast and the energy level seemed to rise when he was on the ice.

“I liked the way he dove back in,” Kraken coach Dave Hakstol said. “He was playing through traffic. That’s a good first step for him and a good day one. He brings a little bit of energy everywhere he goes, so it’s good to have him back in the room.”

A healthy Schwartz will give Hakstol another offensive weapon at the top of the lineup and allow him to form some big lines. Schwartz took part in the morning workouts, but his group did not yet scrimmage; that will happen Friday.

Watching Schwartz, he showed no ill effects and appeared to be going full bore and flinging wrist shots with ease.

“He’s the kind of guy who fixes any line you put him on,” Hakstol said about Schwartz. “You put him on a line and that line is gonna find success. The way he goes about his business is a little bit under the radar, but it’s for sure not within our group inside of this room. The things that he does out there to generate possession, and more importantly, generate offense off that possession are really important. He’s a hell of a competitor.”

Both Tanev and Schwartz were set up to be contributors to the Kraken attack last season, but we never had a chance to fully realize the potential. Seattle hopes that’s a different situation this year.

“Our expectations are a lot higher,” Schwartz said. “We want to start off with taking it one day at a time here and have a good camp… We got a new team this year, we got a lot of new players, and we got a lot better over the summer.  I think each guy’s hungry.”

Acquired in the move of the summer for the Kraken, the former Columbus Blue Jackets winger was on the ice for the first time for an official team-sanctioned skate.

In the afternoon scrimmage, he was on a line centered by Matty Beniers with Ryan Donato on the opposite wing. The trio looked good, but before people start coming up with clever nicknames for the line, be cautioned that it’s early and the scrimmage only included half the team’s roster.

Still, day one was good, and Bjorkstrand even found the back of the net as his squad won 2-0.

On his linemates for the day, Donato and Beniers, Bjorkstrand said, “Good skaters, move the puck well, and the offensive skills are there. I think us as a group, if we’re together, we just have to make sure we finish and play both ways.”

Friday’s camp will feature the second group of players scrimmaging, and we’ll get our first look at first-round pick Shane Wright in “game” action, as well as free agent addition Andre Burakovsky.