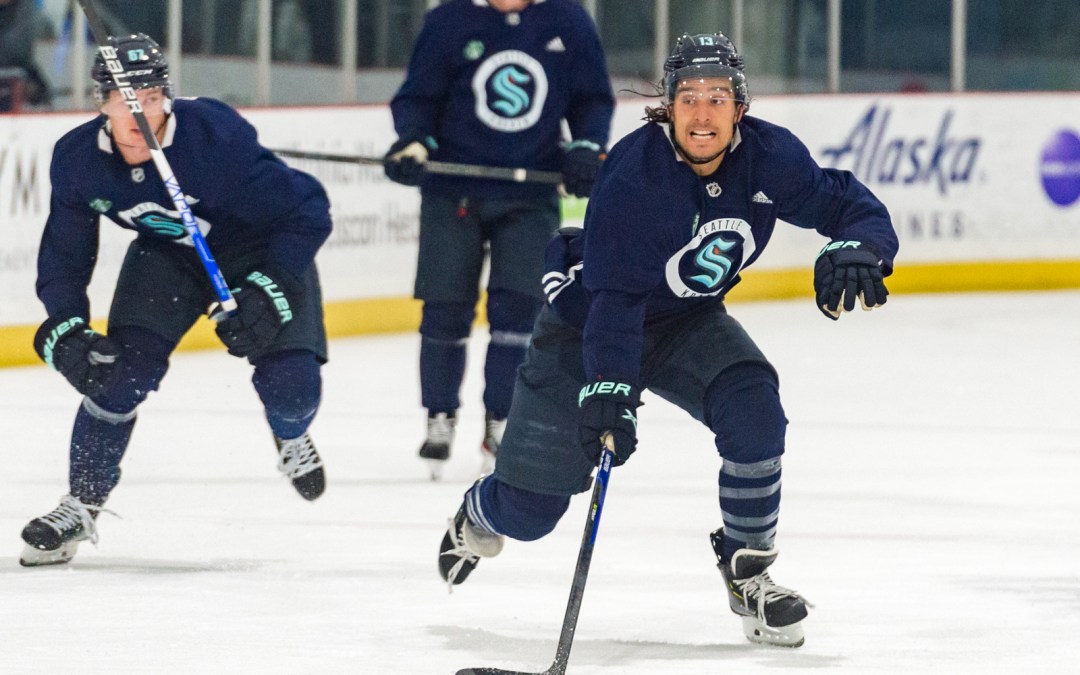 Seattle Kraken training camp is in full swing, and the guys are grinding to bring you top-notch coverage of the team. This week, John, Andy, and Darren spend lots of time talking about the Kraken and what they’ve seen and heard from the players in the first week of camp and first two preseason games.

Discussion highlights include Brandon Tanev’s return to game action, Shane Wright’s debut in Kraken colors, and the curious case of Daniel Sprong, who is competing for a contract.

John also shares some of his thoughts on the upgraded Kraken TV broadcast, and Andy gives a WHL Update.

Next, the guys shift into segments, starting with Goalie Gear Corner, then a Kraken-centric Bad Boys, then Weekly One-Timers, and finally Tweets of the Week.