The unique hockey connection between Irma, Alberta, and Seattle 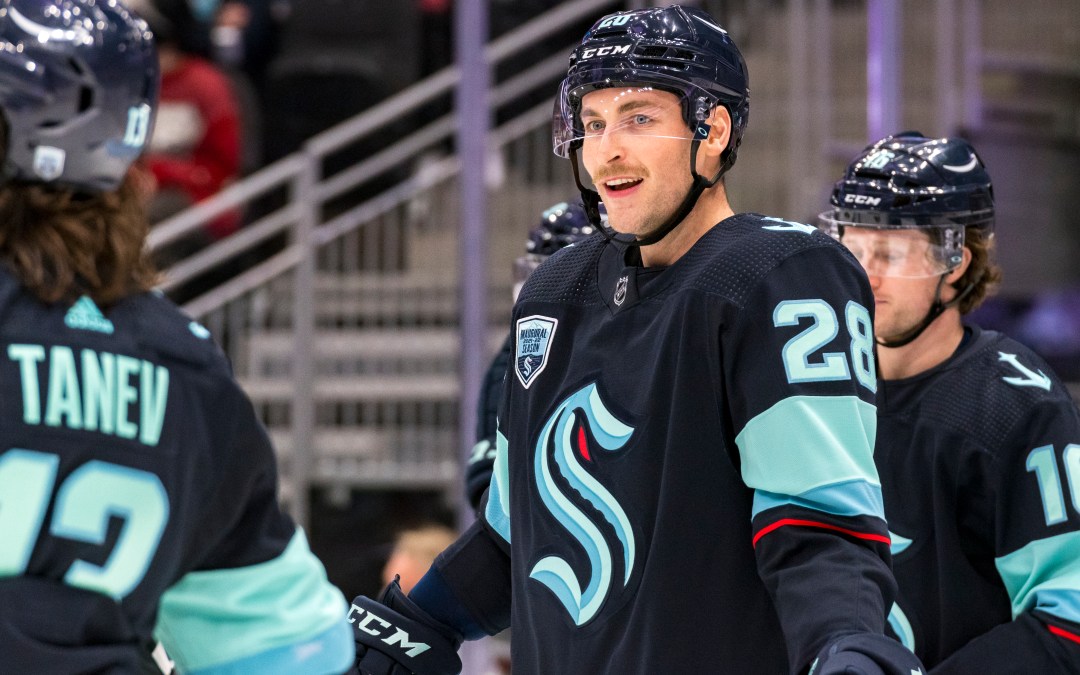 If you drive 90 minutes east of Edmonton, you’ll come to the Village of Irma, Alberta. Irma is a town of 477 people. It has snow in its forecast for this week, and it’s hard to imagine a community more different than Seattle and the Puget Sound region. Yet, Seattle and Irma are connected through the game of hockey.

The hockey connection first revealed itself at this past summer’s NHL Entry Draft when Seattle Kraken second-round pick Jagger Firkus mentioned that he knew a member of the Kraken.

“It’s Carson Soucy,” Firkus said when asked. “He’s from my hometown of Irma, Alberta, which is pretty cool because there’s like 500 people and he played there. He’s someone that I’ve skated with and worked out with, he’s someone that I look up to a lot. He’s pushed himself and he’s played in the NHL now, so he’s a guy you’ve got to look up to a lot and follow his lead.”

Soucy, 28, is a decade older than the 18-year-old Firkus and lifelong friends with his older brother. Because of that, the Kraken defenseman has known Jagger for a long time.

He was watching the NHL Draft unfold, hoping to see the younger Firkus be selected.

“I haven’t watched the draft in a couple years, but we had a group of us hoping he’s going in the first round,” Soucy said. “So, we were all watching, hoping to see him. Then kind of just flipped it on the next morning and pretty much right when I turned the TV on, I saw it was our pick, and then I saw him and I saw one of my best friends hugging their dad and it’s just great.”

Soucy and Firkus were able to reunite at Kraken training camp this fall, but the Seattle and Irma connection doesn’t end here.

And, yes, he knows Firkus as well, and despite being a year younger, did play one year of hockey growing up with Firkus.

“He’s a great guy,” Ratzlaff said of Firkus. “We go golfing, Irma’s got a golf course, we play on the outdoor rink. We’re very close, and he’s just a great guy to be around. So, it’s fun to have him around.”

Firkus is back playing in the Western Hockey League this season for the Moose Jaw Warriors. The Thunderbirds will be in Moose Jaw on Jan. 7, and Ratzlaff is hoping he gets the start that night to take on his good friend.

Growing up in such a small community, is there a chance that the older Soucy also knows Ratzlaff?

Ratzlaff says he’s close with his cousin, and Soucy has texted him looking for Thunderbirds tickets before. Ratzlaff has been able to get to some Kraken games as well.

“You always go to grandma’s house together, we spend a lot of quality time together,” Ratzlaff said. “He’s a great role model as well. I always try to learn from him and see how he acts. He’s great. I go up there every once in a while to downtown Seattle. He’s got a nice house. I just go up there and spend some quality time.”

What’s in the Irma water?

How is it that a village in Canada has three players playing high-level hockey in the Seattle area?

“There’s just not too much to do,” Soucy said. “We grew up kind of playing street hockey and baseball. That’s kind of what we revolve around when there’s only a certain amount of kids, so we just grew up playing sports pretty much 24/7. And there’s a couple other guys that are still doing pretty well in hockey and sports, so I don’t know, it’s pretty cool.”

If you go to the Village of Irma web site, it’s obvious they take a great deal of pride in their baseball complex. The diamond is well referenced and Irma has hosted regional tournaments that have brought in teams from as far as New Zealand.

Of course, hockey is a staple, and Irma does have a public arena that has youth hockey and a senior team known as the Irma Aces.

Ratzlaff says the outdoor rink is popular and offers competitive games. Everyone who plays hockey in Irma, which is pretty much everybody, shows up. Even when the temperature drops to minus-30 Celsius (that’s minus-22 Fahrenheit).

“You go with two layers on and a toque,” he said. “You get a couple guys out there, because they’re all so committed.”

Agriculture and farming are prevalent in Irma, but there is a pride in the sports offered. Ratzlaff mentions several times how nice and kept up all the facilities in town are.

“I don’t know how, but great job of developing and keeping our youth programs going,” Soucy said. “Whether it’s with new facilities or just great volunteers or parents willing to be coaches with youth and stuff, keeping the small kids very into hockey and baseball too. It’s definitely a sports town for sure.”

This past summer, Ratzlaff realized attention and notoriety beyond Irma and Seattle. He was the No. 1 goalie for Canada at the Hlinka Gretzky under-18 tournament played in Red Deer, Alberta. Ratzlaff played well and helped the Canadians take the gold medal.

Suddenly he was known throughout Canada, and Irma celebrated.

“I got tons of emails and messages of just everyone’s cheering me on,” Ratzlaff said. “Since Red Deer wasn’t that far away, it was about two and a half hours, lots of guys made the trek down to come support. I even saw my librarian. It was just awesome to see that support, and coming from Irma, it’s awesome.”

Ratzlaff is in his NHL Draft year and his future is unknown. Firkus is in Moose Jaw and probably a year or two away from joining the Kraken, and Soucy is in the final year of his contract before becoming an unrestricted free agent.

The Seattle-Irma connection may change in the next few years, but for now, a small village of 477 people is linked with Seattle at very high levels of hockey. It’s unique, special, and almost inexplicable to have three sons of Irma in Seattle.

One thing is for sure, the three Irma boys will skate and workout together this summer.