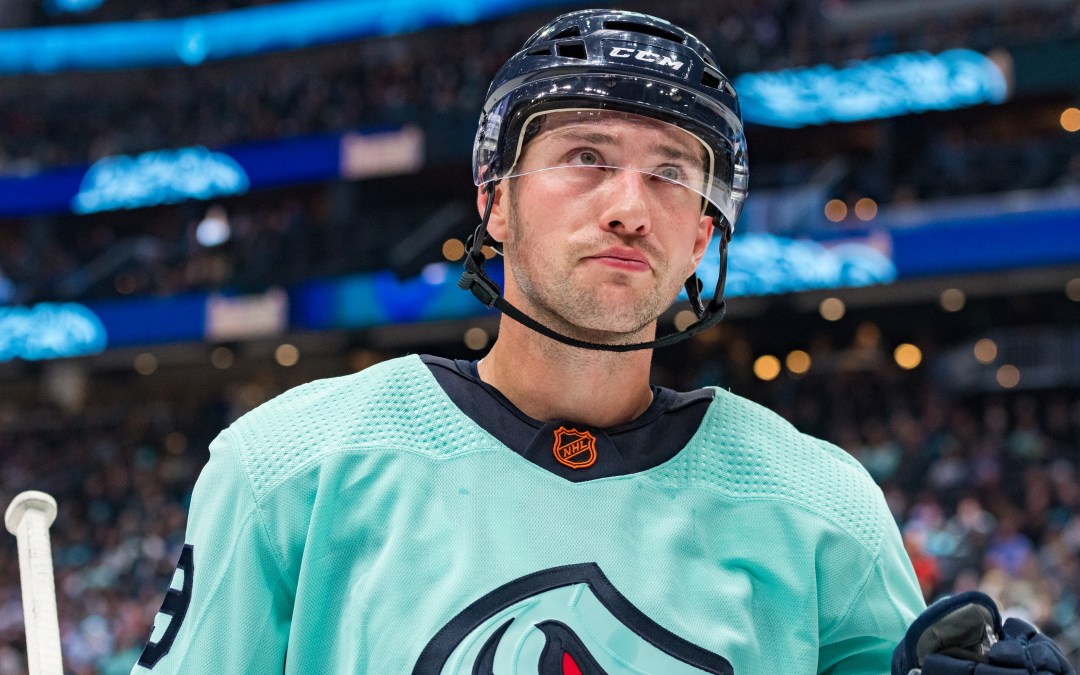 What doesn’t kill you only makes you stronger. At least let’s hope that is the case as the Kraken have lost the last two games at home in contests they easily could have won. I am not even close to hitting the panic button, but the last two losses sting. On Friday night the Kraken could not sneak one past Marc-Andre Fleury and lost 1-0 to the Minnesota Wild. Then Sunday night, Seattle let victory slip away with 4 seconds left when Blake Wheeler popped in an easy rebound on a Jets power play. Ugh… so close to snatching two points and a regulation win against a team the Kraken might find themselves competing with for a wild card spot come April.

The Kraken are still on pace for 97 points but have yet to establish a home-ice advantage. They are 3-4-2 at Climate Pledge Arena but 5-1-1 on the road. They are 1-1-1 on this homestand with another three games before hitting the road again. My hope is the Kraken can get four out of a possible six points in the remaining home games against the Rangers, Kings, and Sharks.

I am really looking forward to seeing how the Kraken fair against the Kings. As you might recall, Seattle handled the Kings 4-1 in LA in the second game of the season. The Kings are currently ahead of the Kraken in the standings, and as of Monday morning, have won four games in a row. The end of the Kraken-Kings game in LA featured a “spirited” ending, and I wonder how much of this will spill over on Saturday night.

Solid D by Borgen. Works to get back from behind the play, knocks Beckman off the puck. #SeaKraken pic.twitter.com/CknmPo0Qaa

Jordan Eberle – After a slightly cold start, Eberle is starting to heat up. He has three goals in the last three games.

Martin Jones – His record might be 1-1-1 over the last three games, but he is giving the Kraken every opportunity to win games with a save percentage of .934 over that span.

Jack Eichel – Four goals over his last three games, including a hat trick against his former team, the Buffalo Sabres, in Buffalo.

Goal(s) of the week

Another great test for the Kraken and a benchmark for how they stack up. The Kraken have only played four games against the Eastern Conference and have a 3-1-0 record. The Rangers are proving last season was not a fluke and will be a challenging opponent. The Kraken have never beaten the Rangers.

Adam Fox – Fox is the new breed of defensemen making an impact on the league. He has eight points in his last four games. He had the game winner against the Kraken last season when the Rangers visited CPA.

Mika Zibanejad – Let us hope we don’t see much from Mika on Thursday night, but he can put up some monster games and is generally a pretty fun player to watch.

Going into the season, I figured the Kings were set to regress this season, and if there is a 2021-22 playoff team from the Pacific that would not make the playoffs this season, I thought the Kings would be that team. The Kings have won four in a row and have points in eight of their last 10 games. They are currently ahead of the Kraken in the standings so a win would be very encouraging on the playoff prospects for the Kraken.

Brendan Lemieux – Not the most skilled player, but he and Yanni Gourde got into it all night last time they played in October. Expect more of the same on Saturday night.

Gabriel Vilardi – After splitting the season with the Kings AHL affiliate last season, he is a prime reason for why the Kings are on the upswing. He has 10 goals in 17 games which is a bit crazy considering he is known for his passing ability.