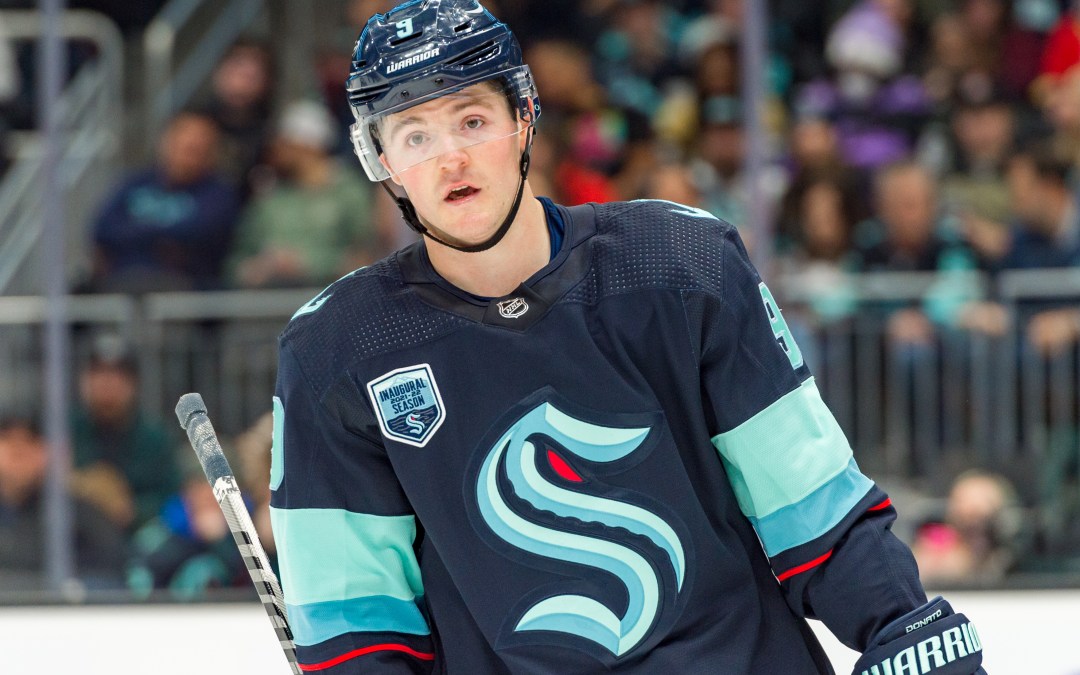 Philipp Grubauer did everything possible to will the Kraken to a win Thursday, but it wasn’t enough in a game the Carolina Hurricanes badly outplayed Seattle and held on for a 3-2 win at PNC Arena in Raleigh, N.C. The Hurricanes (17-6-6) outshot the Kraken 39-17, which included hitting double-digit shots on goal in all three periods, but Grubauer gave Seattle a chance.

At morning skate it was announced Martin Jones would start the game, but it was Grubauer who led the team out on the ice. He would stand on his head and make a season-high 36 saves. Grubauer was a one-man show for Seattle, which would have been blown out if not for several big saves.

“He battled hard,” coach Dave Hakstol said. “He gave us a chance to stay within striking distance in this game, so his performance was good.”

Three different Hurricanes scored including a penalty-shot conversion by Stefan Noesen in the second period which ended up being the game winner.  Pyotr Kochetkov made 15 saves.

Ryan Donato and Daniel Sprong each scored for Seattle (16-10-3), which lost for the fifth time in six games, ending a four-game road swing 1-3-0.

Seattle played one of the worst first periods in franchise history, being outshot 14-4 and posed little to no threat offensively.

“They came out hard and I think we sat back a little,” Sprong said. “We didn’t get into the O-zone much.”

Carolina got on the board when an errant pass from Jared McCann was scooped up by Andrei Svechnikov who was in alone and scored his 16th at 10:10 of the first period. The Hurricanes doubled the lead to 2-0 at 17:16 on a goal from Derek Stepan.

“Their five-man pressure is outstanding and they were on it throughout the majority of the game,” Hakstol said. “Their sustained five-man pressure in the first period was relentless. We got caught with a couple of soft puck plays, a little slow in our response and that’s what that pressure will do.”

Grubauer kept the game within reach by making 12 saves, many of which were of the ten-bell variety, but it wouldn’t take Carolina long to extend the lead. Noesen got behind the Kraken defense at 2:08 of the second period and was hooked by Adam Larsson. A penalty shot was awarded and Noesen converted to make it 3-0.

The shot barrage continued as the Hurricanes would test Grubauer on 13 shots, but the Kraken would manage to get on the board. At 11:26 Carson Soucy took a shot from the point that Ryan Donato got a stick on to make it 3-1.

That goal felt cosmetic heading into the third period.

In the third period, the formula was the same. A lot of Hurricanes shots and Grubauer saves, but Daniel Sprong got a shot at 9:14 of the third that trickled into the goal under Kochetkov’s right arm to cut the lead to 3-2.

Suddenly Seattle had a chance to steal points in a game where none were deserved, but the Kraken could not find the equalizer.

“We’re coming through a tough road trip, we knew what this stretch looked like,” Hakstol said. “We’re disappointed to come out with two of the eight points. We’ve got to get back to Seattle, have a good day of practice and get this turned around.”

The fancy numbers were ugly

The shots-on-goal numbers tell one story, but if you look at some of the analytics it gets worse.

If not for Grubauer this game would simply have been a blowout.