Oilers scrape out goals in 5-2 win over Kraken 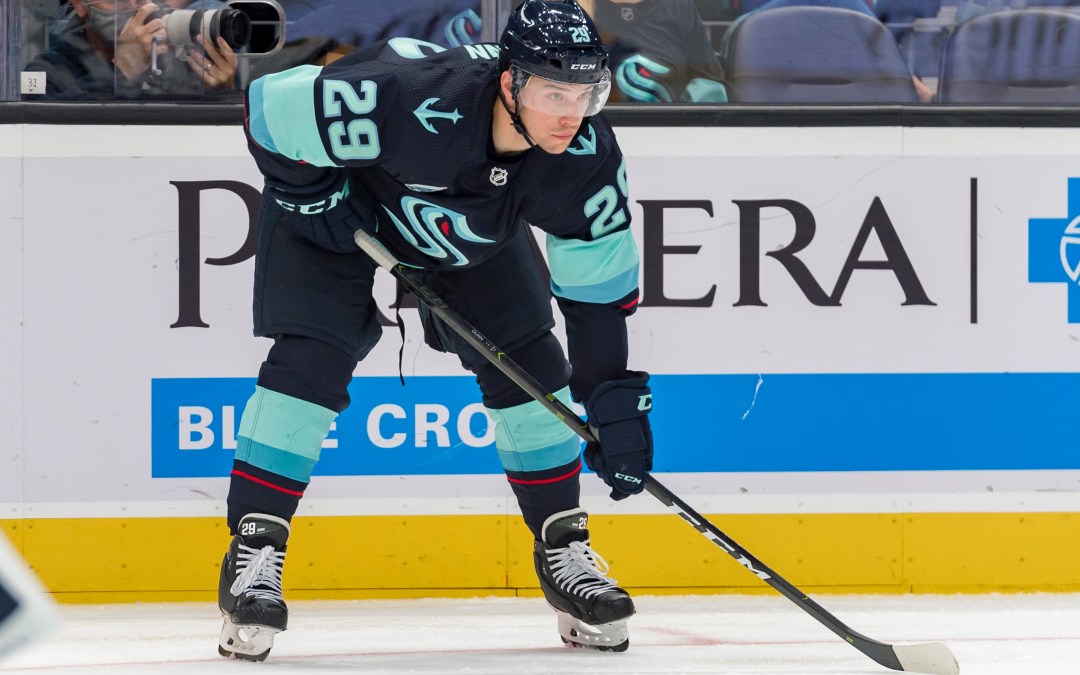 The Kraken returned to the place their historic seven-game road win streak started but could not recreate the success, falling to the Edmonton Oilers by a 5-2 score at Rogers Place on Tuesday.

Playing the second night of a back-to-back, Seattle failed to generate offense and allowed a pair of greasy goals in the second period. The Kraken fell behind and could not muster life or energy to come from behind.

“You give up two right from inside the blue paint in the second period, that’s the difference in the hockey game in a lot of respects,” Seattle coach Dave Hakstol said. “In games like this, you have to have everybody going, and we had a couple of guys below the bar tonight. On a night like this, we’ve talked about this in a couple of our wins, when we have everybody digging in and doing their part. We didn’t have that to a high enough level tonight.”

Spokane native Derek Ryan broke a 1-1 tie at 3:11 of the second period when a shot squeezed through goalie Martin Jones’s pads. Ryan found it first and tapped it in to make it 2-1 on his sixth goal of the season.

Edmonton took advantage of another scramble in front of the Seattle net after Jones made a couple of in-close saves, but the rebound was flipped in by Warren Foegele at 12:30 to make it 3-1.

Vince Dunn increased his franchise-best eight-game scoring streak with a shot that snuck through Jack Campbell’s glove to pull the Kraken to within one at 3-2 just 22 seconds into the third period.

“I said this last game, there’s no excuse for being tired right now,” Dunn said. “We’ve got to find a way to win games. We’re just halfway through the season and if we’re tired now, we’re definitely in a lot of trouble. I don’t think that’s it, I think it’s our execution right now. It needs to be better, our details, a lot of the chances other teams are getting right now are coming from little plays.”

The Oilers responded, however, to reinstate a two-goal lead at 4-2 1:01 later when Seattle’s Eeli Tolvanen attempted to stick check Zach Hyman and knocked the puck into the net past Jones.

Hyman added two assists and Connor McDavid scored a goal for the Oilers (25-18-3), who got a small measure of revenge for Seattle’s win two weeks ago. Jack Campbell stopped 28 shots.

Sprong’s goal came on the power play at 3:11 of the first period and gave Seattle a 1-0 lead. Shooting from the half boards, Sprong’s shot hit an Oilers stick in the slot and deflected in. Jordan Eberle was initially given credit for the goal, but after review, it was credited to Sprong.

McDavid tied the game, 1-1 with a rush down the ice where he deked a couple of defenders, and Justin Schultz lost an edge and fell, leaving McDavid room to move in and score his league-leading 38th goal at 14:08.

“We had a really good first ten minutes, we took a bad penalty and that slowed our momentum,” Hakstol said. “We did a nice job on the penalty kill but that broke our momentum.”

We are nearing the point of the season where division games like Tuesday’s have an impact on the standings and the playoff race.

With the Oilers picking up two points, they move to three points shy of the Kraken who still have two games in hand. The Kraken had a chance to make up ground on the first-place Vegas Golden Knights who lead the division by two points. Seattle still has two games in hand, though, so Tuesday would have been a good opportunity to cash in a game in hand and tie Vegas in standings points.

Seattle has dropped a couple in a row now but has a chance to make up for it with a five-game home stand before the All-Star break at the start of February.

“We talked before the game, this was a big one,” Dunn said. “We need the two points. It’s really disappointing not to get the results.”