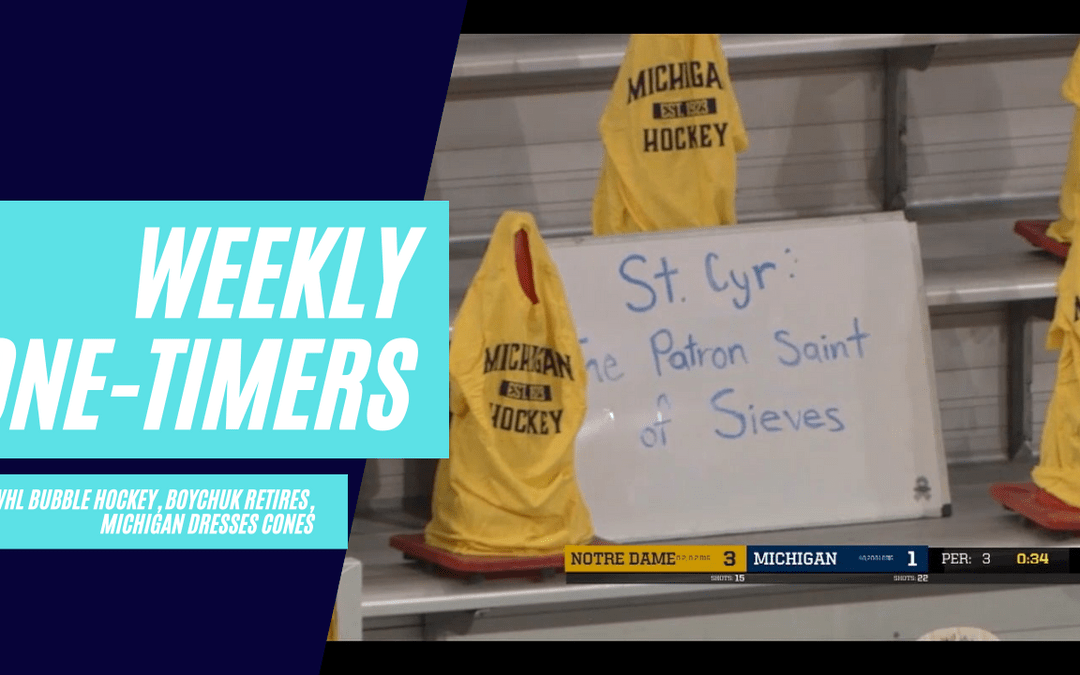 The hockey news has been dominated over the past month with cancellations of seasons, teams, and tournaments. But, there was good news this week as the NWHL announced it will conduct an abbreviated season starting in late January, and the games will be played entirely in a bubble.

The six NWHL clubs are heading to one of the most iconic hockey locations in the United States for its bubble, starting on January 23rd, to play a five-game schedule. That will determine the four playoff teams who will duke it out for a chance to advance to the Isobel Cup Final, which will be played on February 5th.

All games in the NWHL bubble will be played at Herb Brooks Arena in Lake Placid, NY — the same rink where the US Olympic team made us all believe in miracles during an upset of the Soviet hockey team on the way to gold in 1980.

A game schedule is still to be released. The same is true for broadcast information, and hopefully the NWHL can find a partner to carry these games because a two-week run to the Isobel Cup is must-watch television.

A big issue for the NWHL has always been its ability to pay players a livable wage. This challenge still very much exists, but the league has made it clear that despite the very short duration of this campaign, the players will receive what they normally receive for a full season.

Here is the full statement on this topic, which definitely sounds like a step in the right direction for the NWHL.

“All of the professional players who signed contracts this year for the NWHL season will be compensated in full, despite the condensed game schedule. Players were given the opportunity to opt-out of the tournament and still receive their complete salaries. At this date, more than 95 percent of the players have committed to the competition, giving each team a full playing roster for Lake Placid – the site of the iconic “Miracle on Ice” by the U.S. Olympic Team in 1980. Following local and national health guidelines, NWHL teams began voluntary workouts in September and started official practices and workouts in October.“

Fred Sasakamoose played 11 NHL games for the Chicago Blackhawks during the 1953-1954 season. He didn’t register a single point over that time but is a revered hockey legend because of the barriers he burst through.

A member of the Cree nation, Sasakamoose was the first Indigenous player to make it to the NHL. He overcame many obstacles along the way and served as an inspiration to Canadian First Nation youth for the rest of his life. Sasakamoose would later return to his Saskatchewan, Ahtahkakoop reserve where he would use hockey to inspire Indigenous youth throughout Canada.

Young Indigenous players today are aware of Sasakamoose and his journey, and he is considered a legend in that community. His passing won’t change his status.

After 725 NHL games, Johnny Boychuk called it a career this week. Boychuk played with the Islanders over the past six seasons after a stint in Boston that saw him win a Stanley Cup.

Boychuk’s retirement was due to a scary eye injury just prior to the NHL’s pause. On the play, Boychuk was struck by the skate blade belonging to Montreal Canadiens Artturi Lehkonen. He was able to return for the NHL’s postseason, but only played three total games due to yet another upper body injury.

Liked by every team he played for, Boychuk’s retirement solicited a number of responses from his former teammates. Anders Lee summed it up pretty well.

Cole Caufield Is Good at Hockey

The University of Wisconsin swept Penn State this past week and Montreal prospect, Cole Caufield, was front and center. The 2019 first-round pick sparked the Badgers to the sweep with a hat trick in the second game.

You need more proof that Caufield is good? How about the four-goal, eight-point start he has over Wisconsin’s first six games? That’s decent.

After a 4-0-0 start following sweeps of Arizona State and Wisconsin, Michigan took its first loss of the season against Notre Dame on Friday. The 3-2 loss at famed Yost Arena came after the Fighting Irish jumped out to a 3-0 lead in the second period. The Wolverines fought back, but couldn’t complete the comeback.

The loss doesn’t discount the fact that the Wolverines are the real deal this season, buoyed largely by their young stars. Sportsnet lists three of Michigan’s players as potential top-ten picks in next year’s NHL Entry Draft.

If you’re reading this on Saturday, you can watch the second game of Michigan’s series with Notre Dame on Big Ten Network at 4PM Pacific. There may not be fans in attendance, but Michigan faithful will still find a way to harass the opposing netminder.

Boston College finally opened its season with high hopes on Friday, carrying a pre-season ranking of second in the country. The Eagles skated to a 4-3 win over seventh-rated UMass, thanks to three combined goals from Minnesota Wild prospects Jack McBain (2) and Matt Boldy (1), and one from Mike Hardman.

Speaking of Boston College, check out this sauce from Willow Corson over on the women’s side. Hannah Bilka received this exquisite dish and made no mistake in depositing it in the back of the net in BC’s season-opening 4-1 win over UNH last weekend.

It was very unnecessary by BC’s social media person to leave in Bilka’s fall at the end of the video, though.

On Wednesday, the Seattle Kraken launched a fundraising campaign to help out Washington State ice rinks impacted by the global pandemic. It should be no surprise that a lot of the local hockey rinks have been hard hit by the economic impacts of Covid, and the hockey community certainly feels the strain as well.

The Kraken are offering up an autographed jersey signed by general manager Ron Francis for $1500. If you think that price is a little steep for your blood, you can also donate in smaller amounts.

Did you miss last week’s Weekly One-Timers? Read it here!