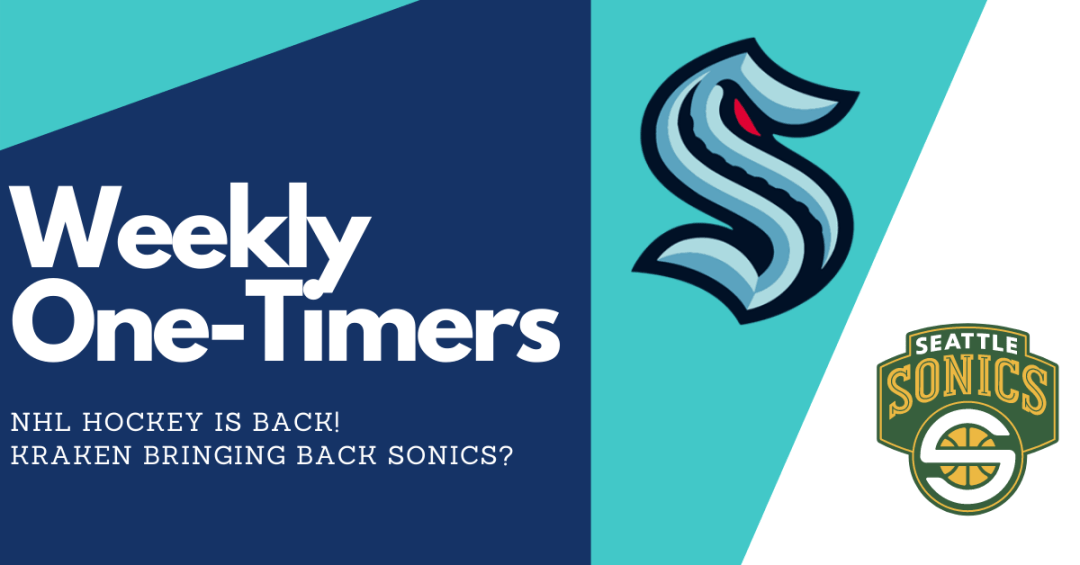 This has been a very bizarre week. From the highest of patriotic highs as Team USA shocked Team Canada for gold in the World Junior Championship to… well… everything else, 2021 is off to a roaring start. But one thing is certain: NHL hockey is so totally legitimately officially BACK, and that is AWESOME!

Training camps are in full swing across the league—except for the Dallas Stars and Pittsburgh Penguins for COVID-19-related reasons—and play is scheduled to start on Wednesday. So begins four consecutive months of at least one hockey game to watch every single day.

Hydrate and limber up, folks. It’s going to be a roller coaster ride.

The league’s plan has always included flexibility built into schedules in case of positive tests, and we are already seeing that come into play. In Dallas’s case, the league announced that six players and two staff members had tested positive. The team now will not start its season until at least January 19th.

This was a good representation of how these issues will be handled during this 56-game season. It became clear that the Stars were dealing with positive tests, but they did not officially announce anything, instead allowing the league to handle the official communications.

Barzal wasn’t in camp for the first few days, as negotiations on his new deal went on. Per Darren Dreger, the plan was to sign Barzal to a six-year contract, but they couldn’t sort it out quickly enough, and the Isles wanted to get their star back into camp. So, the two sides agreed on a shorter bridge deal that pays Barzal at an average annual cap hit of $7 million. The contract is worth $21 million in total.

On the Dubois front, things are a bit more tenuous. The 22-year-old former No. 3 overall draft pick of the the Blue Jackets agreed to a two-year deal at $5 million AAV. However, there’s trouble in paradise (and by “paradise,” we mean Columbus).

According to Pierre Lebrun, Dubois has requested a trade out of Columbus.

A center with elite skill and still oodles of upside, Dubois would help every team in the NHL both now and in the future. Making him an even more attractive asset, when his new deal ends, he will still be a restricted free agent, meaning that a team that trades for him now will have exclusive negotiating rights for another extension.

Columbus has essentially bought itself time to get the best possible return for Dubois with this extension.

In that Lebrun article, there’s also discussion of Patrik Laine, who has long been rumored to want out of Winnipeg. Again, there’s trouble in paradise, and by “paradise,” we mean Winnipeg this time.

Laine, 22, is a very different player than Dubois, more of a one-dimensional guy. But that one dimension is to score goals practically at will, and there’s definitely value in a player of Laine’s age and offensive ilk.

Laine has scored 138 goals in just four NHL seasons and has plenty of upside.

On Friday, the New Jersey Devils announced that Corey Crawford would be given an indefinite leave of absence.

On Saturday, Crawford announced his retirement.

Here is his statement:

“I have been fortunate to have had a long career playing professional hockey for a living. I wanted to continue my career, but believe I’ve given all I can to the game of hockey, and I have decided that it is time to retire. I would like to thank the New Jersey Devils organization for understanding and supporting my decision. I would like to thank the Chicago Blackhawks organization for giving me the chance to live my childhood dream. I am proud to have been part of winning two Stanley Cups in Chicago. Thank you to all of my teammates and coaches throughout the years. Also, thank you to the fans who make this great game what it is. I am happy and excited to move on to the next chapter of my life with my family.”

Crawford, 36, has had a brilliant ten-year career despite battling some serious off-ice challenges, including multiple concussions. Sound Of Hockey wishes Crawford nothing but the best in retirement.

Sami Vatanen was the highest-profile unrestricted free agent left on the market. The Devils brought him back on a one-year, $2 million deal.

A few weeks after the official announcement that Seattle would be granted the 32nd NHL franchise, I recall eavesdropping on a neighboring table at a restaurant in Capitol Hill discussing the decision. The group was oddly furious about it.

“How could hockey be coming to Seattle before basketball?” one of the diners asked. “Yeah, seriously, f*** off with that s***,” said another with unnecessary vulgarity.

What these basketball-loving-and-apparently-hockey-hating diners clearly didn’t understand is that the hockey team and its ownership group represented (at least in my mind) the absolute fastest ticket to seeing the SuperSonics reborn.

Oak View Group is building a $1 billion+ arena with NBA basketball in mind. Why would they do that if they didn’t also intend for that arena to house an NBA team? The NHL was the first to show legitimate interest in expanding to Seattle, and that interest gave the ownership group an opportunity to get an arena deal through the city council.

This is somewhat conjecture, but we believe that the NBA was always a key part of the plan. If you build it, they will come, and it suddenly sounds more likely that the SuperSonics will come.

Whether you’re a basketball fan or not, there are lots of interesting nuggets in this story from King 5. Among those nuggets, Kraken ownership is unsurprisingly the key player in the plan for NBA expansion, and the groundbreaking for the AHL Palm Springs arena—which will be the home for the Kraken’s top minor league affiliate—is now expected to happen in April.

The WHL announced this week that it will play a season, but it will be dramatically abbreviated. The league has committed to its teams playing a minimum of 24 games, but has given no start date or playoff format.

There’s still plenty of uncertainty here, but at this stage, the fact that playing any games whatsoever is still on the table feels like a positive.

Sound Of Hockey’s own Andy Eide wrote a full breakdown of the announcement and what it means on ESPN 710’s website.

Things You Hate Love to See