NHL Opening Week gave us a little bit of everything 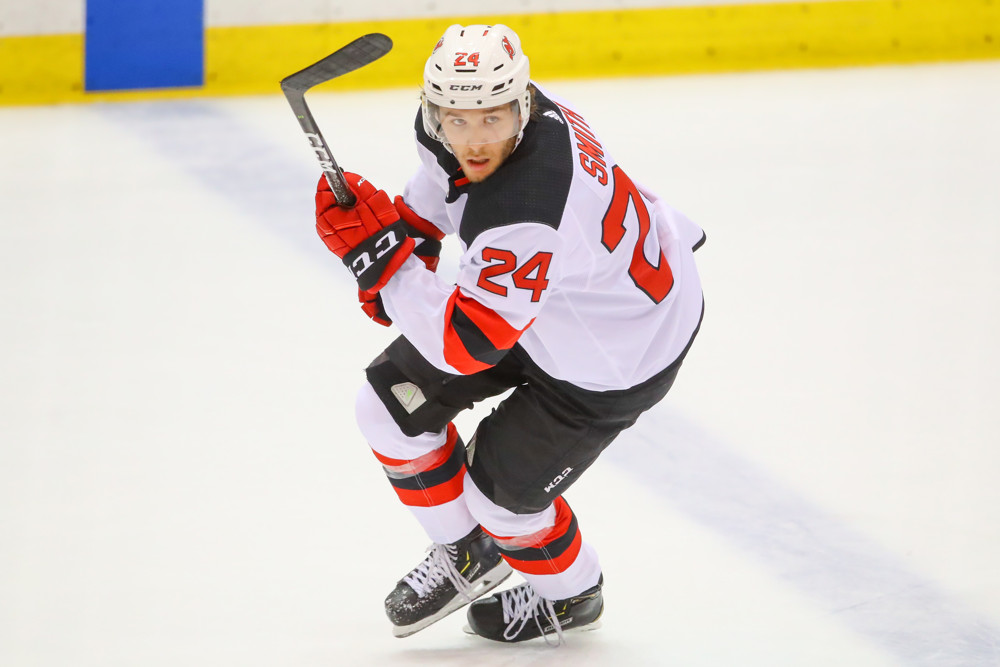 NHL hockey is back and served up an entertaining opening week. There were impressive rookie debuts, players facing old teams, and some hot starts.

The new division formats have provided early dramatics – see Montreal versus Toronto in the Scotia North – as long-standing rivalries are getting extra hot sauce poured on them. It was great to have NHL hockey back, and the league didn’t disappoint.

We watched a lot of hockey over the past week, so we’re here offer up some of the more notable highlights.

NHL rookies showing up in their opening games

The former Spokane Chiefs defenseman made his NHL debut against the Boston Bruins Thursday evening. Smith, 20, got on the board with his first professional goal in game one and would add an assist against Boston the next game. He became the first Devil to record points in his first two NHL games in 31 years. The last to do it? Hall of Famer Viachevslav Fetisov. Not bad company.

Stick tap to new Devils head coach Lindy Ruff who put his young defenseman in a position to gain some confidence right off the bat. With last change, Ruff was able to keep the young blue liner away from Boston’s Brad Marchand and Patrice Bergeron. He only faced the pair for 1:37 of ice time at five-on-five over two games combined. As Smith builds confidence he’ll get the tougher matchups, and the former first-round pick can lean on this early experience to handle them.

It didn’t take long for the NHL’s third overall pick to make a splash. After a red-hot World Junior performance, the German scored in his second NHL game and it was not a cheap one. The goal came in the third period of Saturday’s match-up with the Toronto Maple Leafs as Stutzle timed a slap shot on a puck that had deflected high into the air.

The rookie showed off his nice hands on what will surely be the first of many he’ll score in his NHL career. Unfortunately for the Senators, it didn’t help get a win as the Leafs would go on to a 3-2 victory.

Kaprizov is one of the top candidates for the Calder Trophy and he lived up to hyped preseason expectations. His explosive debut had the Minnesota Wild flying early in the season. Kaprizov, 23, opened the season with two assists and a jump-out-of-the-chair overtime winner against the Los Angeles Kings.

The best part of his first goal is the stunned look back from Kings goalie Jonathan Quick. Yes, that did happen. Kaprizov wasn’t done, however. In his second game, he set up a Marcus Johansson overtime game-winner.

Kaprizov was named the NHL’s first star of the week after playing just two career games, though he was held off the scoresheet on Monday when John Gibson and the Ducks shutout the Wild 1-0.

The Vancouver Canucks were in Calgary Saturday night and faced an old friend in goalie Jacob Markstrom. It didn’t go well for Vancouver as Markstrom kicked out all 32 Canucks shots on the way to a 3-0 win. The Flames signed the 30-year-old as a free agent this summer to shore up their goaltending. Vancouver got a second dose of Markstrom Monday as he beat them for the second time in a 5-2 decision.

When former Hart Trophy winner Taylor Hall became a free agent this summer, he talked about wanting to play on a team with a chance to win. When he eventually signed a one-year deal with the Buffalo Sabres – a team that has missed the playoffs since 2011 – some eyebrows were raised.

Playing with Jack Eichel was a draw and the pair are off to a good start. How good? After a week, the duo are the top two scorers in the NHL with six points each in the Sabres first three games.

New York Islanders goalie Semyon Varlamov was prepping for a start against the Rangers Saturday, as he would before any start, when a shot from teammate Cal Clutterbuck caught him in the neck. Ouch. The shot stunned Varlamov and he was not able to play. That meant highly touted rookie Ilya Sorokin was forced into his NHL debut. It didn’t go well as the Islanders lost 4-0. Varlamov was back Monday, however, and shut out the Bruins 1-0 for his second blanking of the season, in two starts.

The Philadelphia Flyers helped kick off the season last Wednesday as they opened the season against the Pittsburgh Penguins. With the score tied at one in the first period, Flyers center Nolan Patrick tipped home his first goal of the season. It was a great moment as Patrick had missed all of last year dealing with migraine issues. Patrick was the second overall pick in the 2017 NHL Draft but has yet to live up to the expectations. Now healthy, if he can put it together, the Flyers could be dangerous.

Phil Kessel off to a scorching start with Coyotes

The Arizona Coyotes brought Phil Kessel in last season to add much-needed offense. That’s not quite what they got as Kessel never fit in and only scored 14 goals. That was Kessel’s lowest total since his rookie season in 2006-2007. Was it over for Kessel? Was this a player in decline? If the start he’s off to this season tells us anything, the answer is a definitive ‘no’. There’s still a lot of hockey to play but Kessel has scored three goals in the Coyotes first three games. One of those was a dramatic last-second, game-tying score against San Jose. Arizona has the goaltending of a playoff team and if Kessel is back to form, he might help provide the scoring they need.