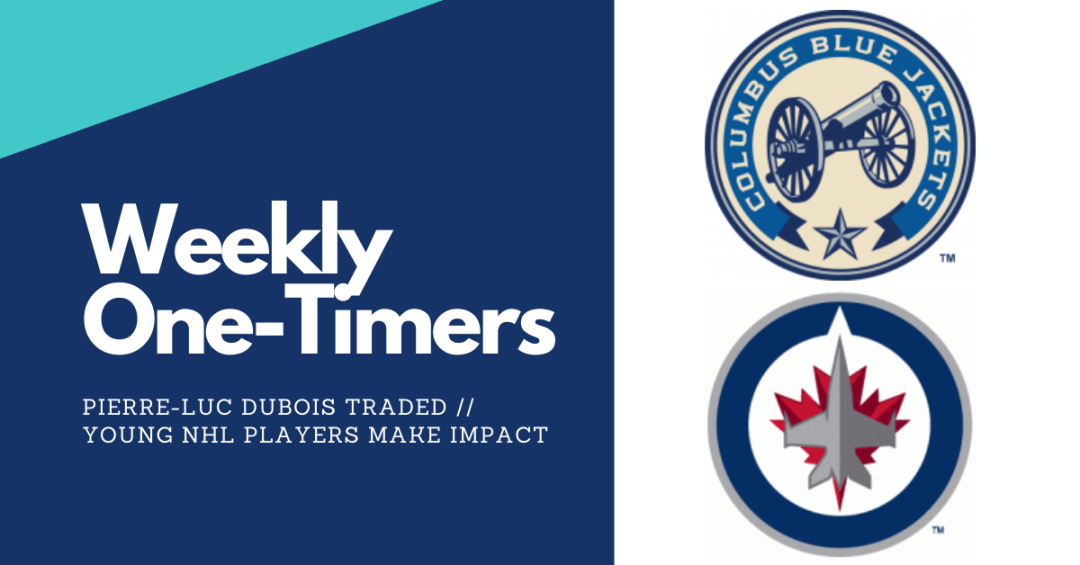 The Pierre-Luc Dubois saga appears to have finally ended in Columbus, as after a drama-filled week, the burgeoning center was granted his requested trade, along with a third-round pick, to the Winnipeg Jets for Patrik Laine and Jack Roslovic.

Dubois surprised many when it was revealed he wished to be traded from Columbus before training camp. A slow start to the season for the young center eventually resulted in him being stapled to the bench by head coach John Torterella after a lackluster — that might be putting it nicely — effort Thursday in a 3-2 overtime loss to Tampa Bay.

The public benching accelerated Columbus general manager Jarmo Kekalainen’s timeline for trading perhaps his best asset, and Winnipeg and Anaheim were the most-rumored suitors for Dubois.

Laine, 22, is already a proven goal scorer but has been marred with inconsistency, and similar to Dubois, a desire to depart his previous franchise.

Roslovic, a Columbus native, will play for his hometown team. The 23-year-old is currently a restricted free agent, but is close to inking a two-year deal with Columbus, according to Aaron Portzline of The Athletic. He also was disgruntled with his situation in Winnipeg and wanted out.

In the end, Laine, Dubois, and Roslovic all get their wishes of leaving granted in the same deal.

Jack Hughes came into the NHL last season with high hopes and perhaps unfairly high expectations. After being drafted No. 1 overall by the New Jersey Devils, the hockey world anticipated a monster season for a kid who was just 18 years old and was accomplishing something that no other player had attempted by going straight from the National Team Development Program to the NHL.

Hughes floundered a bit in his first campaign, and often looked like a boy amongst men, especially in the early going. In the end, he potted just seven goals and added 14 assists, a far cry from what Devils fans were hoping to see.

In defense of Hughes, we are curious how many NHL goals his critics collectively scored as 18-year-olds.

But Hughes already looks different this season, and is currently on a point-per-game pace through six contests (2-4=6).

The sky really is the limit for this kid, and watching him mature as a player will certainly be something to behold.

Wild fans have clamored for six years to see Kirill Kaprizov finally don the green and wheat sweater. The Russian superstar was drafted in 2015, then rose to become the best player in the KHL. There was hope that Kaprizov would come over to Minnesota as early as 2017, but Kaprizov shocked everyone at the time by signing a three-year extension with CSKA Moscow, making Wild faithful fear they may never see their blue-chip prospect make the jump.

Friday, in Minnesota’s home opener against the San Jose Sharks, Kaprizov nearly scored the best goal in the history of the Minnesota Wild, and that is not an overstatement.

Let’s take another look at that, shall we?

WHL fans know Bowen Byram well from his time ripping it up on the Vancouver Giants blueline. In his last two seasons with the Giants, he scored more than a point per game, then went on to co-captain Team Canada in this year’s World Junior Championship.

Byram, 19, made his highly-anticipated debut for the Colorado Avalanche this week, after general manager Joe Sakic traded away Ian Cole to make room under the salary cap.

The slick-skating defenseman took a penalty in his first shift against the Kings on Thursday, and only logged 11:19 of ice time, but saw that number jump to 14:28 the following night when he scored his first NHL point against the Ducks.

The Avalanche have done Byram dirty by making him play his rookie season in those atrocious blue pants.

NBCSN will shut down by the end of this year, according to the Sports Business Journal, and it should have an impact on the NHL as it negotiates a new U.S. TV rights agreement.

NBC Universal’s current deal with the league expires after this season, and the NHL badly needs to do better than the previous 10-year, $2 billion agreement after two pandemic-impacted seasons. Empty arenas are severely affecting the hockey-related revenue that the players and owners split 50-50.

SBJ reported that NBC notified its league partners about the move this week. When the dust settles it might mean NHL cable TV games will be found on the USA Network if NBC is still involved next season. NBC Universal’s Peacock streaming service would also likely carry some NHL games.

It would be better for the league to split its cable TV broadcasts between USA Network and another broadcast partner such as ESPN, Fox Sports or CBS Sports Network to get more exposure and revenue. Streaming rights will also be interesting as current carrier ESPN+ and Peacock vie for games along with Amazon Prime as a possible wildcard.

Former Seattle Thunderbirds forward Keegan Kolesar recorded an assist on a goal scored by Vegas’s Alex Pietrangelo. With the Golden Knights up 1-0 in the first period, Kolesar won a puck battle along the boards, stole it and forwarded it to Alex Tuch who teed it up for Pietrangelo to one-time a blast past Arizona’s Darcy Kuemper.

Kolesar, 23, played for Seattle from 2013 through 2017 and led the WHL in playoff scoring as the Thunderbirds made their run to winning the WHL Championship in 2017. Originally a 2015 third-round pick of the Columbus Blue Jackets, Kolesar was traded to the Golden Knights prior to the 2017-2018 season.

He was called up for one game last year but has played in all four Vegas games to start this season. The Golden Knights started him as the 13th forward but then moved him up to play center on the fourth line before a promotion to the third line that resulted in getting an assist.

The Vancouver Canucks picked up Tyler Toffoli at last year’s trade deadline for a package that included a 2020 second-round pick and top prospect Tyler Madden. In Vancouver, Toffoli had an impact.

He provided much needed secondary scoring by notching 10 points in 10 games down the stretch. But, in the offseason, the Canucks were strapped for cap space and let the 28-year-old walk. The Montreal Canadiens quickly scooped him up and this week, Toffoli gave the Canucks a taste of what they let get away by potting five goals in two games.

The carnage started Wednesday as Toffoli recorded a hat trick in a Vancouver 6-5 shootout win. He followed that up with two more goals in an ugly 7-3 Vancouver loss the next night.

The National Women’s Hockey League (NWHL) is kicking off its bubble season on Saturday. The whole season and playoffs will last two weeks in Lake Placid, New York, at the famous Herb Brooks Arena. The six teams will be playing five regular-season games plus two more regular-season round robin games. The top four teams from the regular season will advance to the single-elimination Isobel Cup Semifinals on February 4th. The winners from the Semifinal games will play February 5th for the Isobel Cup Championship.

The regular season games will be streamed on Twitch.tv with the Semifinals and Final aired on NBC Sports Network in the United States.