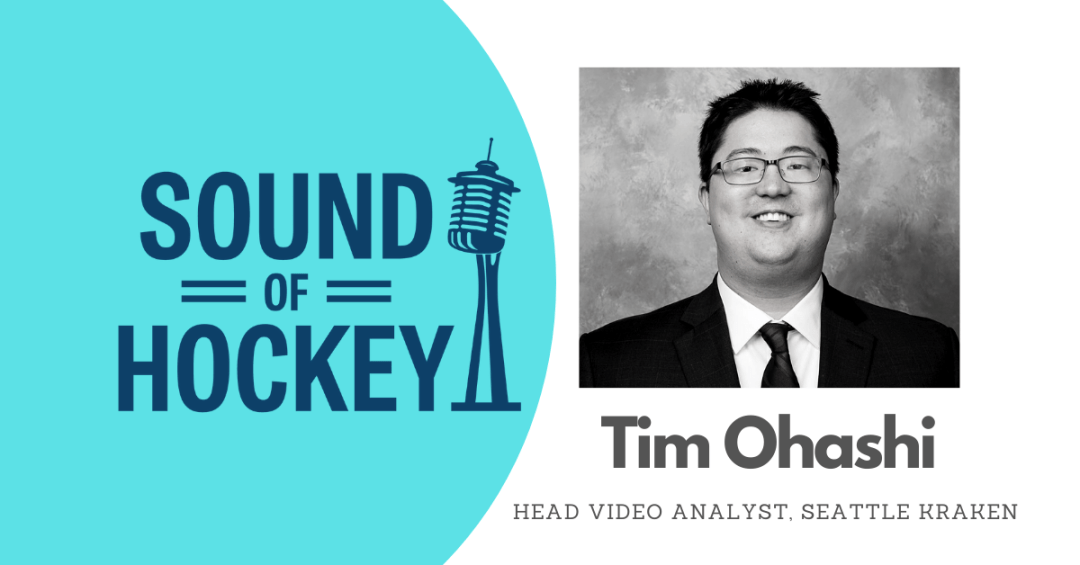 Tim Ohashi – the Head Video Analyst for the Seattle Kraken – joins Sound Of Hockey this week to teach us some things (there’s a joke there, which you will understand after you listen to the interview). Tim is just an all-around awesome guy, who has a much bigger impact on the team than most people probably realize. You will learn a lot from listening to him in his FIRST EVER PODCAST INTERVIEW! It’s truly one-of-a-kind content that you will only get from Sound Of Hockey.

Also on this episode, lots of chatter about the controversial Kraken/ROOT Sports partnership and the John Forslund hiring. Plus some WHL news from our WHL correspondent, Andy Eide, and a spirited discussion about Tony DeAngelo.

Bits this week include Three Stars. Segments include You Don’t See That Every Day, Weekly One-Timers, and a hostile Tweets of the Week.