Data Dump Saturday: Nationalities and US-born players in the NHL 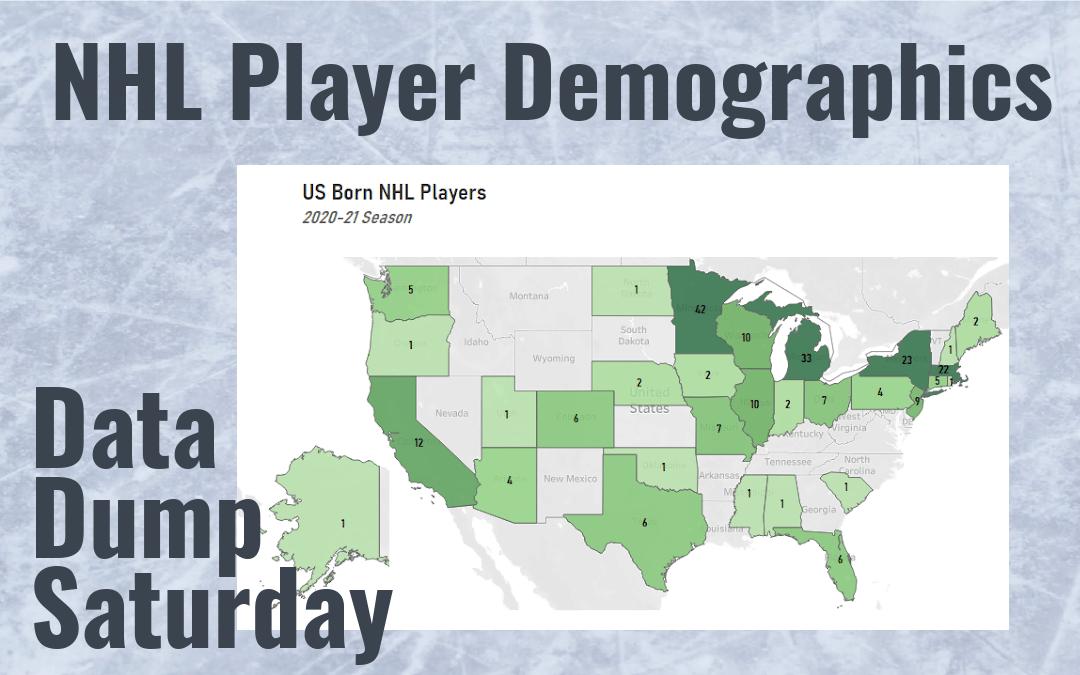 Every Saturday I plan on doing a data dump on something I find interesting around the hockey world. I will approach it with some knowledge, a theory, or based on something I heard in the media that I find worth exploring. Some things may be interesting to you, and some not so much, but I hope you find some appreciation in this data and exploration.

This week I will be exploring some of the demographics across the NHL, specifically player nationalities, birth states of US-born hockey players in the league, and how these have changed year over year.

Everyone knows that hockey is dominated by Canadians, but not everyone realizes that the percentage of NHLers that are Canadians has been dropping steadily since 1981-82 season.

This is less of a decline of hockey in Canada and more of a testament of hockey’s growing popularity across the world, particularly in the US. Here is a look at the current nationality makeup of the current NHL season.

Here is the breakdown of the nationalities of players on NHL teams.

Given the growth in American players, I wanted to dig into where this growth might be happening.

Here is a look at the birth state of American NHL players since 1981-82.

It may be difficult to see, but California ranks fifth in the NHL with the most US-born players in the NHL. If the last few NHL Drafts are a leading indicator, I would anticipate these numbers to continue to climb.

The NHL southern expansion has also had a huge impact on broadening the sport to more people in more states. Over the last three years, there have been 31 states with at least one NHL player born from their respective states.

And while we are here….Washington State has been well represented over the last three years.

Just wait until the Kraken start playing in our region.

I hope that gives you a little more insight of the nationalities and states represented in the NHL and how those trends have changed over time.

If you have any questions or have any requests, feel free to message me on Twitter.