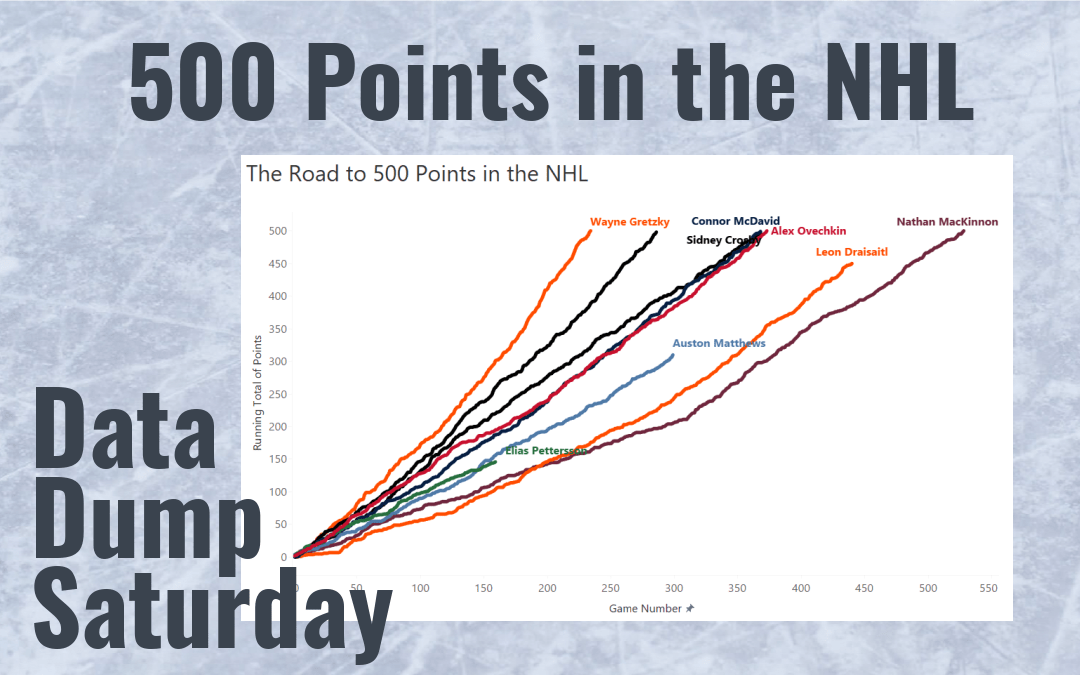 In his 369th career NHL game, Connor McDavid registered his 500th point to tie Sidney Crosby as the eighth-fastest player to reach that milestone. This week on Data Dump Saturday I plan to visualize McDavid’s scoring pace.

I grabbed the game logs from a sample of former and current NHL players to showcase how they stack up. The list of players is relatively arbitrary so if you have complaints about who is included or not included, please file them with Sound Of Hockey’s complaint department.

This next chart is a little noisy but I wanted to look at a points-per-game average over time to see pace and any drop-off. It’s hard to pick the perfect number for the moving average, but I settled on 50 games. That felt like the right number to showcase how these players were performing at various stages in their careers.

A couple interesting points that might be worth exploring:

I also took a quick look at how quickly these players hit each 100-point milestone leading up to 500. Numbers in the chart below represent how many games it took to hit the next notable plateau.

By now it seems pretty clear that comparing any of the current players to Lemieux or Gretzky is futile, but one thing that pops is that McDavid is increasing his pace of scoring. Ovechkin also had a relatively short time between 400 and 500 points with just 59 games.

That is another edition of Data Dump Saturday. If you liked this one, you might like my post on scoring across the league. Feel free to send me any suggestions or questions to John@NHLtoSeattle.com.