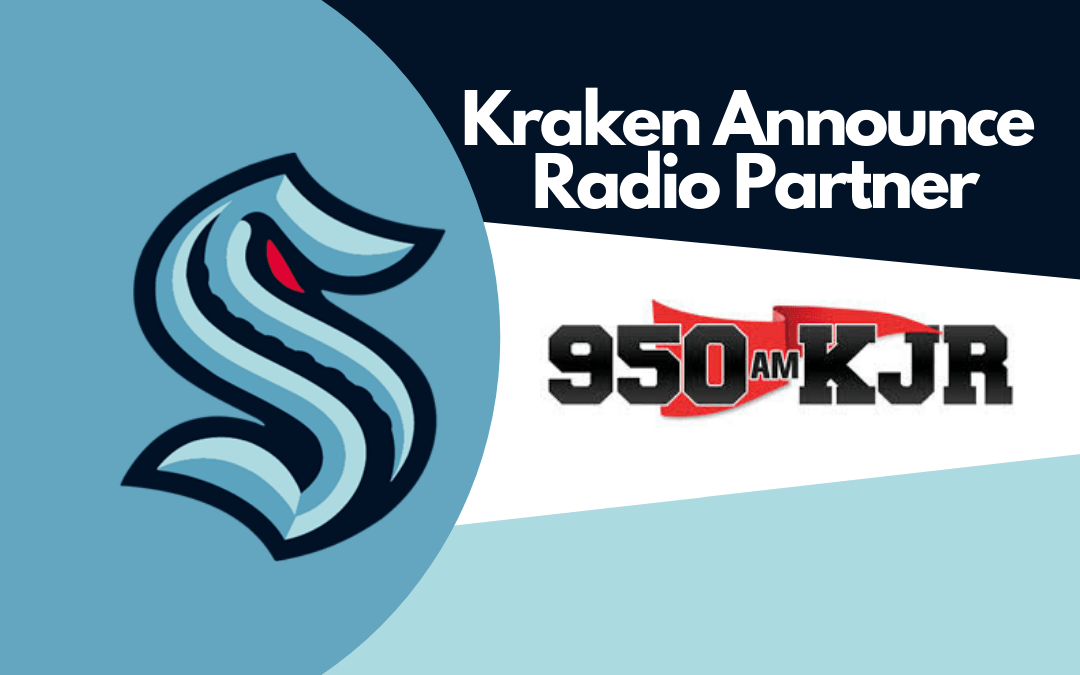 SEATTLE – Hockey fans in the Puget Sound area can begin to program their car radios as the Seattle Kraken have found a radio home. The Kraken announced Wednesday afternoon that the team has partnered with 950 KJR AM as its live radio broadcast partner.

KJR is part of the iHeart Radio network which is one of the largest broadcasters in the nation with over 850 radio stations and 250,000 podcasts.

“I couldn’t be prouder to join forces with Seattle Kraken,” said Mark Glynn, Market President for iHeartMedia Seattle via a press release. “This alliance not only encompasses Sports Radio 950 KJR as the flagship radio station but also strategically aligns our brands with Climate Pledge Arena in a groundbreaking agreement. Seattle Kraken CEO Tod Leiweke and Kraken COO Victor de Bonis and their team have been incredible to work with in creating this partnership.”

With the iHeart Radio app and affiliate networks, the Kraken will be able to reach a wide regional audience for their broadcasts. The team also indicated that select games would be available on KJAQ-JACK-FM (96.5). Along with the Kraken, KJR carries University of Washington Huskies sports and previously was the radio flagship station of the Seattle Supersonics. The Seattle Thunderbirds games are carried on KJR’s sister station at 1090 AM.

“Since our ticket drive in 2018, iHeartMedia Seattle and KJR have been with us every step of the way,” Tod Leiweke, CEO of Seattle Kraken said in the release. “With hosts that are entertaining and informative, we have found the perfect home for our fans to listen to Kraken games, wherever they are.”

Everett Fitzhugh will handle the radio play-by-play for the Kraken. He was hired by Seattle in August after calling games in the ECHL. With the announcement, the Kraken now have their radio and television broadcast partners set. At the end of January, they announced that ROOT Sports would carry the television broadcast with veteran announcer John Forslund leading the call.

The Kraken inaugural season is scheduled to begin in October of 2021 with an NHL Expansion Draft, where the team will select its initial roster, on the books for July 21st.

“We are extremely excited to bring Seattle’s newest professional franchise to the airwaves,” Rich Moore, Senior Vice President of Programming for iHeartMedia Seattle added via release. “It will be beyond fun helping build up this great fan base from the start, offering additional content and unique access on multiple platforms. Sports Radio 950 KJR and its entire team are proud to be the home of the Kraken!”