Data Dump: How usage of 16-year-old players has shifted in WHL 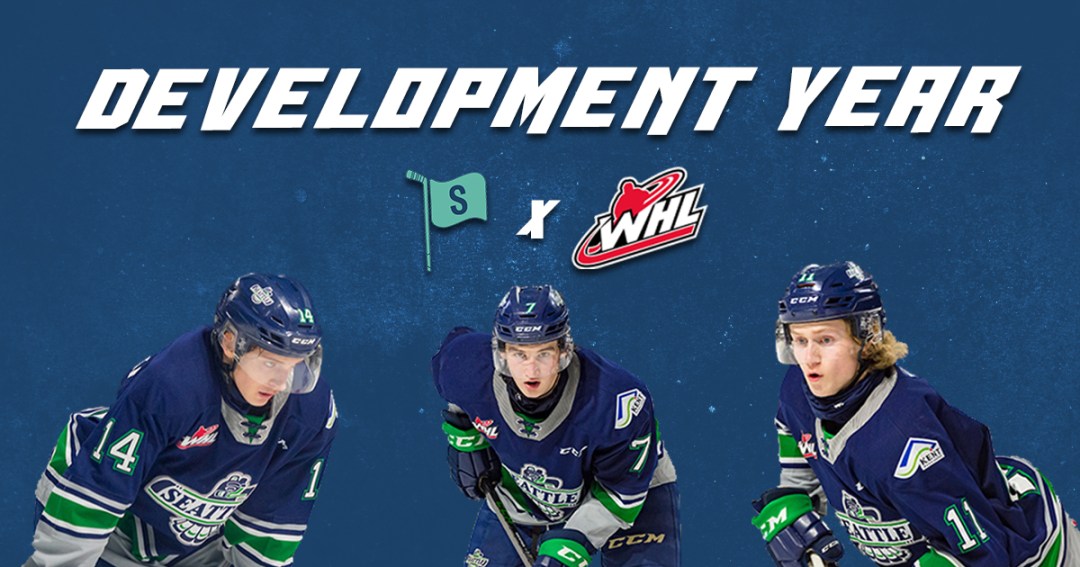 We knew this Western Hockey League season was going to be different. There were several target start dates that came and went without a single puck being dropped. Slowly but surely the WHL worked with local government entities in each province and state to come up with a plan to salvage something resembling a season. When everything was said and done, all teams targeted a 24-game intra-divisional schedule with no fans and no playoffs. The phrase we heard over and over from teams leading up to this shortened season was “player development.” For this week’s Data Dump Saturday, I am going to dig into how WHL teams are approaching development based on age, specifically focusing on their usage of 16-year-old players.

WHL eligibility rules are a bit complicated, but for the purposes of this analysis, you can assume that 16-year-olds are the youngest players eligible to play in the WHL.

Comparing this season to any prior season is challenging. Let us first focus on the actual number of 16-year-olds playing in the league. In a normal season, general managers and coaches will play 16-year-olds, but if they keep players that age on their roster, they are mandated to play them in at least 40 games. If the team feels a 16-year-old rookie is not developed enough for that number of games, the player will be sent down to a lower-level club prior to the start of the season.

Outside of the top prospects, most 16-year-olds that do stay end up with limited ice time during games as they get acclimated to the league, getting deployed in favorable matchups or playing on bottom lines. This season is unique due to the emphasis on development, so many teams chose not to carry a full complement of over-aged 20-year-olds or imports, opening up ice time for younger players. To come up with a fair comparison season over season I have identified the number of 16-year-olds that have played in over 50% of their team’s games.

As you can see already, this season has the most 16’s playing in the last 10 years of the WHL, with 58 players that have participated in over 50% of their team’s games.

Here is a look at it by WHL team.

It’s interesting to note the range of how these teams are using their 16-year-olds. Victoria seems to be playing a lot of 16’s with six in its lineup, while Red Deer only has one being used on a regular basis.

A proxy for time on ice

Counting the number of 16-year-old players getting into games only tells part of the story. Actual playing time is an important data point to determine how much experience they are getting. Unfortunately, the common time on ice statistic is not available on the WHL’s stats page.

As a proxy, I am going to use average shots on goal per game in lieu of time on ice. It is not perfect, but the logic is the more ice time you get, the more shots on goal you have. Spread over the whole league, this at least gives us an idea of how much 16-year-olds are playing compared to other seasons.

If we assume shots on goal as a proxy for ice time, it appears that the average shots on goal is flat over the last four WHL seasons and therefore there is no change in ice time for players this age. This surprised me a bit since the Seattle Thunderbirds have three 16-year-olds that appear to be getting a lot of playing time.

To prove (or disprove) that gut feeling, I isolated the Seattle Thunderbirds to see if this is correct.

In this case, the data confirms what I believed based on the eyeball test.

Of course, there could be various reasons for this increase in Seattle, but they all bode well for the future if this group of 16’s is being given plenty of opportunities and generating this type of production.

Here is a look at how this group compares with 16-year-olds in previous seasons:

How this group of 16-year-olds develops based on this deployment will be interesting to monitor. With more usage of players at this this age, will we see faster development in the WHL?

If you have any thoughts or questions, feel free to drop me a line in the comments section or on twitter.