A Patrick Marleau tribute in numbers 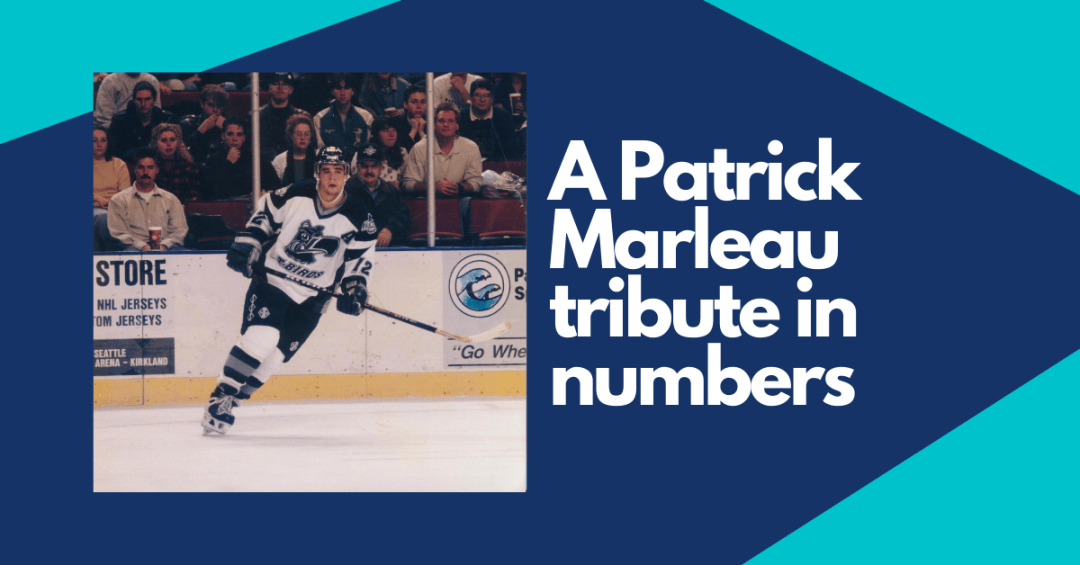 On Monday, Patrick Marleau will break Gordie Howe’s record for the most regular season games played in the NHL. There is no question that Marleau is the greatest NHL player to ever suit up for the Seattle Thunderbirds. He played two full seasons with the Thunderbirds in 1995-96 and 1996-97 before being drafted second overall in the 1997 NHL Entry Draft.

As a tribute to the former T-Bird, I wanted to visualize some of the statistics of his 1,767 NHL regular season games.

Marleau has played for three teams in his career, but most people know him as a San Jose Shark where he has played over 90% of his regular season games.

With that much time playing for the Sharks, you might be able to guess which teams he has played and scored against the most in his career to date.

Interesting to see that Marleau has scored a goal against 33 unique NHL teams. The Atlanta Thrashers and the Phoenix Coyotes are the additional two teams beyond the current 31 squads in existence.

“Patty” has scored 566 regular season goals. 172 were power play goals, 17 were shorthanded, and 21 were empty netters.

Here is a look at which goalies he has scored on the most.

Here is who assisted the most on Marleau’s goals.

While Marleau has racked up impressive goal totals, he is a very balanced player offensively and has assisted more than he has scored with 630 career helpers through Sunday. Here are the teammates he has set up most often in his career.

Here are some other fun numbers about Patty’s career (so far).

I hope you enjoyed some of the more interesting numbers on Marleau’s journey to being the player with the most games played in the NHL. Congrats Patty!