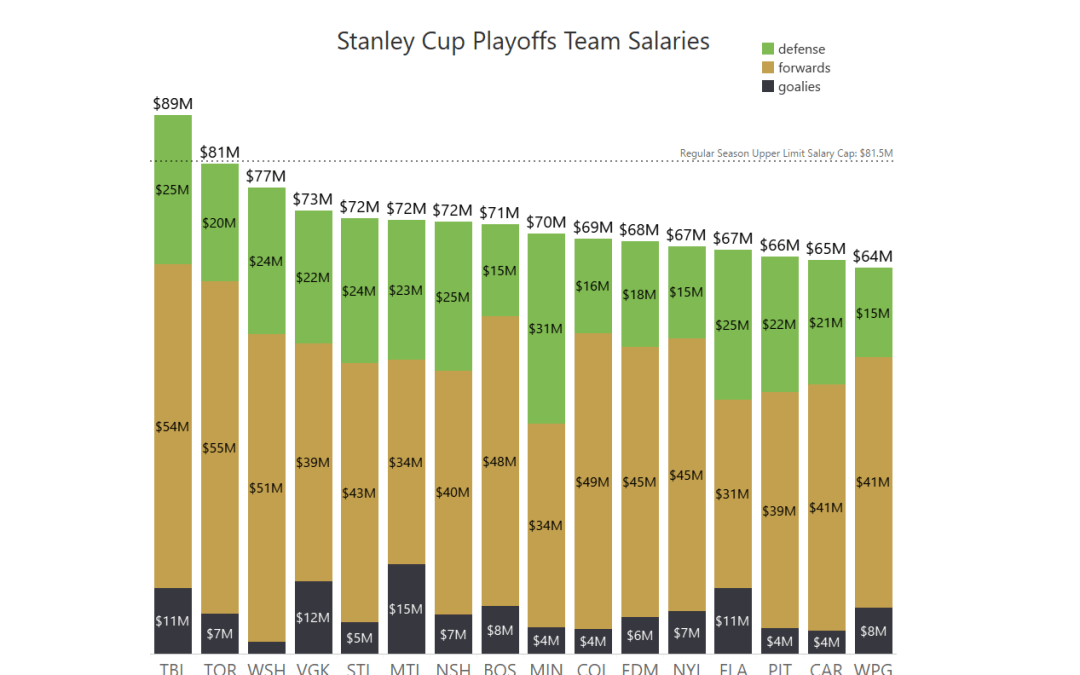 Every NHL Stanley Cup Playoff season I enjoy digging into rosters to see how teams compare across relatively basic demographic information such as nationality, age, and acquisition type. As they say, sharing is caring. (Note: data sources are a combination of capfriendly.com and various statistical reports out of NHL.com.)

The league is roughly 45% Canadian, but variance across certain teams can be profound. Here is the breakdown of nationality by team.

How the players were acquired

This is a fun view on how these teams were built.

An interesting callout for Vegas is that Nicolas Hague is the first draft pick to make an appearance in the Stanley Cup Playoffs for the Golden Knights. This is his fourth season since being drafted and should be a good example on setting expectations for Seattle Kraken NHL Entry Draft picks in July.

Technically there is no such thing as a salary cap in the Stanley Cup Playoffs, but this year playoff salaries are getting a bit more discussion. The defending Stanley Cup Champion Tampa Bay Lightning brought back Nikita Kucherov from long-term injured reserve just in time for the playoffs, pushing the team way over the limit of what would be the cap. But again, there is no salary cap for the playoffs.

I hope this gives you a little more insight into the teams in the Stanley Cup Playoffs this year. If you have questions about the data or some additional angles you would like me to consider, let me know in the comments section.