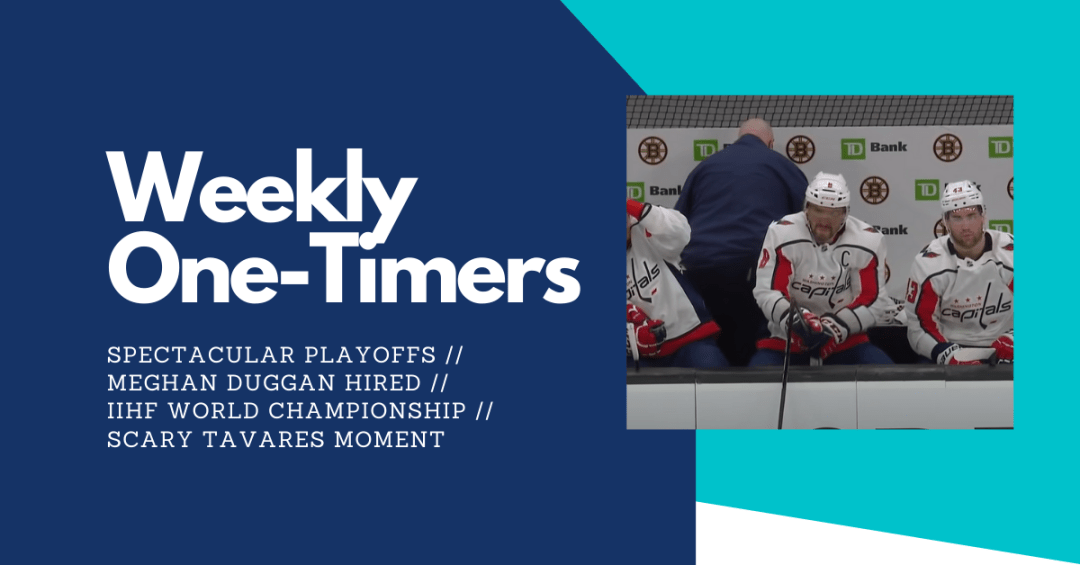 Sometimes, hockey fans just need to express their feelings, especially during the NHL Stanley Cup Playoffs. I am a hockey fan. I am a long-suffering Minnesota Wild fan. Currently, my feelings are injured. If you happened to watch Game 3 of the Minnesota/Vegas series on Thursday, you understand that being a Wild fan really is a miserable state of being. After Minnesota jumped out to a 2-0 lead and dominated the first period, then appeared to take a three-goal lead, it felt like it was going to be smooth sailing. But wait! There’s an offside challenge! And it’s successful!

Vegas predictably owned every inch of the ice the rest of the way, and Minnesota lost 5-2 while getting outshot 40-16 in total.

Anyway, if you haven’t yet gathered, playoff hockey is here, and it’s been electric, with the highest of highs for some (Avalanche fans, Hurricanes fans, etc.) and the lowest of lows for others (Wild fans, Blues fans, et al).

After the big announcement last week that Seattle had signed its first ever player in Blainville-Boisbriand Armada center, Luke Henman, this was a much quieter week on the Kraken front.

Instead, we had just a couple of very small tidbits. The team unveiled some more details about its plans for youth programming at the new Kraken Training Center, and also announced a Covid vaccination pop-up at the Kraken Team Store at Chandler’s Cove on Tuesday, May 25. Get a shot and get 25% off on Kraken gear! How about that?

We are also happy to share that Seattle had a pretty good troll job on the Canucks this week, after that franchise continued its downward spiral into the abyss.

A little of everything in these NHL playoffs

With the first round no deeper than Game 3 in any one individual series, it really does feel like we’ve already seen it all at this point. Goalie duels, back-and-forth affairs, overtime thrillers, you name it, we’ve already seen it. One can only hope that this riveting band of hockey continues as we move forward, and if history is any indicator… It will.

Imagine not being an NHL hockey fan during the Stanley Cup Playoffs.

The hockey world held its collective breath on Thursday when Toronto Maple Leafs captain John Tavares got hit in the neutral zone in Game 1 against the Montreal Canadiens, then fell awkwardly into Corey Perry’s knee. The video was downright scary, as medical staff rushed onto the ice and supported Tavares’s head while he went in and out of consciousness.

Tavares was eventually carried off on a stretcher and gave a thumbs up.

Toronto head coach Sheldon Keefe told media on Thursday night that Tavares was conscious and communicating and his test results were coming back “clear.”

The Canadiens came away with a surprising 2-1 victory to open the NHL Playoffs, thanks to a spectacular goal by Paul Byron.

With the NHL Playoffs in full swing, people tend to forget there’s another world-class tournament that happens around this time, in which the best of the rest all get together to try to prove that they are good at hockey, despite not being able to carry their respective NHL teams. Yes, the IIHF World Championship starts on Friday in Riga, Latvia.

What’s most interesting about this tournament, though, is that it often gives some top prospects an opportunity to compete against professional players on a big stage. This year is no different as draft-eligible forward Matty Beniers will suit up for Team USA, while his Michigan teammate Owen Power and Winnipeg Jets prospect Cole Perfetti will play for Canada.

Canucks prospect Michael DiPietro will also be there, sporting one hell of a look.

Canada gets underway Friday against Latvia at 10:15AM Pacific. Team USA will start against Finland on Saturday at 6:15AM Pacific. Most of the interesting matchups throughout the tournament will be on NHL Network.

The Everett Silvertips announced on Thursday that they would not extend the contract of general manager Garry Davidson.

Here’s SOH’s resident Silvertips expert, Josh Horton, with his thoughts on the matter:

The Silvertips and Davidson have been synonymous with one another, and Everett’s success as an organization is very much thanks to Davidson’s efforts over the years.

Speaking of hockey executives named Davidson (I just couldn’t resist that segue), the Blue Jackets hired John Davidson as president of hockey operations and alternate governor. Davidson was canned by the Rangers on May 5 in the midst of the Great Tom Wilson Fiasco of 2021. He had previously worked for the CBJ’s in the same role up until 2019, when he left to join the Rangers. Davidson re-kindles his connection with Columbus GM Jarmo Kekalainen, who also signed an extension with Columbus through the 2024-25 season.

After a cross-up behind the net between Ilya Samsonov and Justin Schultz led the Capitals to a double-overtime loss to the Bruins in Game 3, Alex Ovechkin let (presumably) Samsonov have it. In times like these, it is important to remember that it is never the goalie’s fault.

Nazem Kadri has been offered an in-person hearing from the NHL after nearly taking Justin Faulk’s head off in Colorado’s Game 2 win over the Blues on Wednesday.

And speaking of the Great Tom Wilson Fiasco of 2021, I was texting with a Colorado fan about the Kadri hit on Thursday. He made a fair point that it’s hard to justify suspending for a split-second, blink-of-an-eye play like this when Wilson nearly smashing two players’ heads through the ice only earned him a $5,000 fine a couple weeks ago.

But the thing is, the NHL has absolutely set a precedent that it does not want this type of hit happening on its watch. Since the Department of Player Safety was established in 2011, it has been very consistent in always suspending for these Raffi-Torres-Matt-Cooke-lookin’-a$$ hits.

Kadri will absolutely miss a couple games for this one.