Expansion Draft selections: Would you rather? 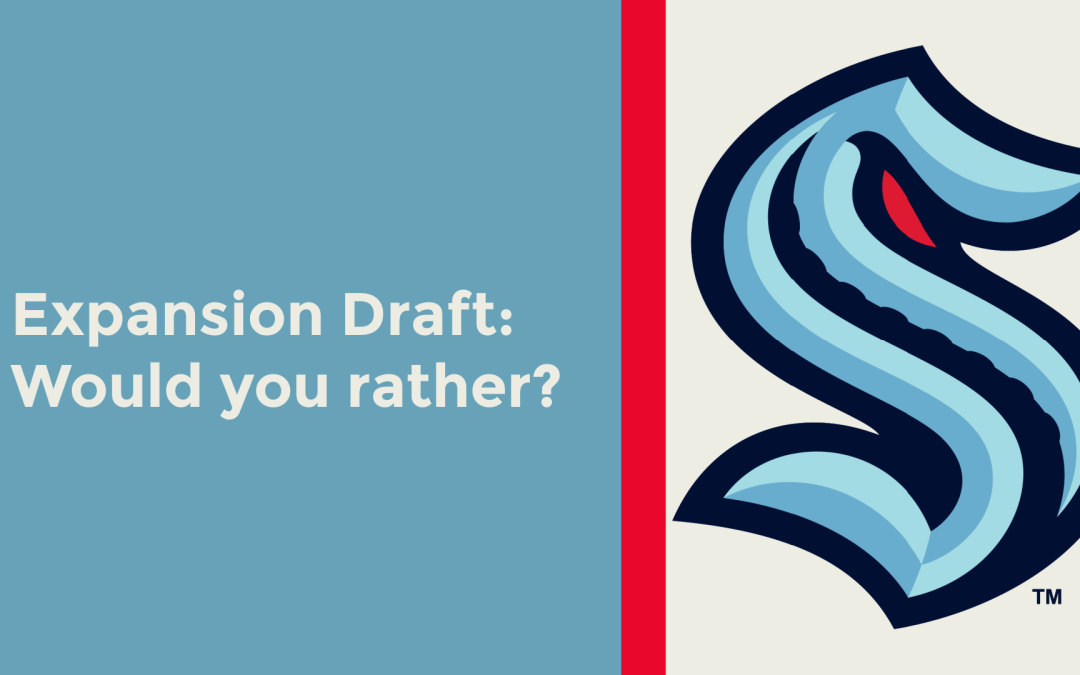 If you were responsible for the Seattle Kraken Expansion Draft selections, what would your strategy be for selecting the team? Would you draft young to build for the future or grab a bunch of veterans to compete in year one? Would you draft lower-paid players to use your cap space as a weapon or players on higher salaries to put the best team on the ice? Would you be able to do it all without a preexistent bias you have for some players?

To help answer those questions I thought we would play a simple game of “would you rather?”

The game is simple. I am going to lay out three teams and a few of the players that are expected to be exposed in the Expansion Draft. You will select the players in a short survey at the bottom of the post. The catch here is that the teams and player names are hidden to erase any bias you might have of certain individuals.

If you want to play GM, fill out the questions below and we will share the results in the Weekly One-Timers at the end of the week.