The Kraken Fan’s Guide to the Stanley Cup Final 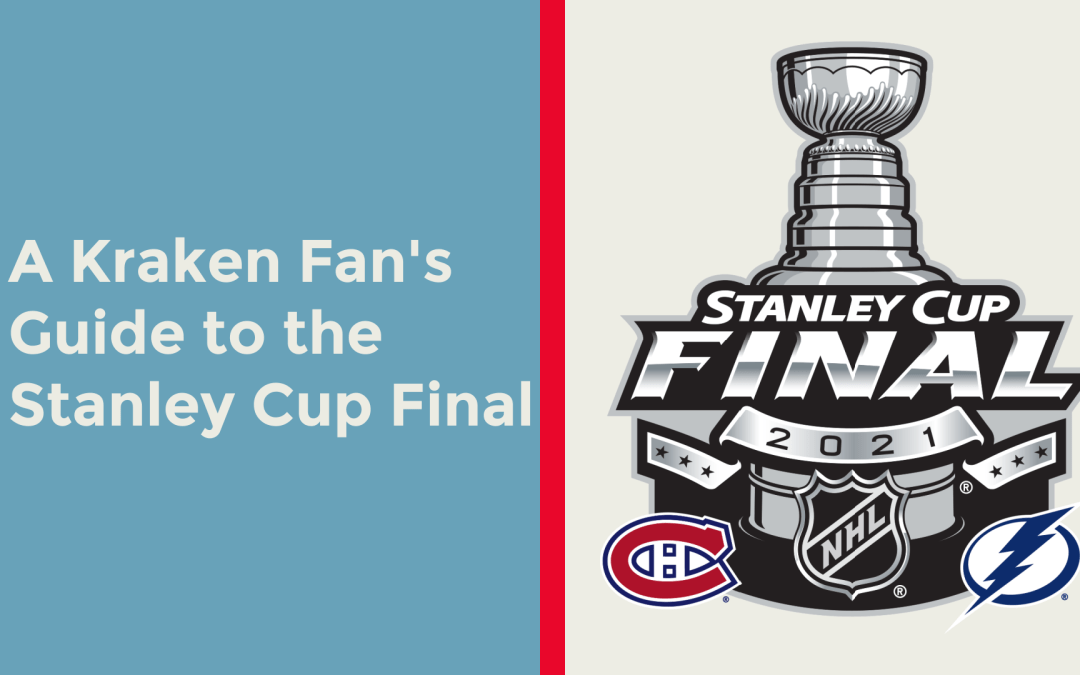 There are two players in the Stanley Cup Final that have local ties to the region.

Tyler Johnson, forward for the Tampa Bay Lightning, is one of the most locally connected players in the area. Born and raised in Spokane, Johnson played four full seasons for the Spokane Chiefs, including during their run to the Memorial Cup Championship in 2008. Johnson had 282 points in his career for the Chiefs and 115 points in his last season alone, which was the second-most points in the WHL that season.

Johnson went undrafted but eventually signed a free-agent contract with the Lightning. After two years in the minors, he became a regular part of the Lightning’s roster.

His opportunities may be limited in his role as a fourth-line center now, but he is also part of the second power play unit.

Standout goalie for the Montreal Canadiens, Carey Price, played four seasons with the Tri-City Americans in Central Washington. Unlike Johnson, there have always been high expectations for Carey Price. After he was drafted fifth overall in the 2005 NHL Entry Draft, Price played 41 NHL games in his first full year with the Canadiens in 2007-08.

Carey Price is one of the major contributors to the Canadiens’ first trip back to the Stanley Cup Final in 28 years. He is currently second in save percentage behind the Lightning’s Andrei Vasilevskiy. Should the Habs win the Stanley Cup, Price will be the odds-on favorite to win the Conn Smythe Trophy, given to the most valuable player in the playoffs.

The Tampa Bay Lightning are the most likely team to have a side deal with the Seattle Kraken in the Expansion Draft, which makes forecasting the protected list almost impossible. The Lightning will need to make some offseason moves to get cap compliant going into next season, and who better to help move salary off their books than a team that is starting from scratch?

Without any assumptions around side deals or trades, this is how the Tampa Bay Lightning look heading into the Expansion Draft:

If I were a betting man, I would say Tampa tries to move somewhere between $5 million and $10 million in cap hit off its roster. This could mean a combination of Alex Killorn, Yanni Gourde, Ondrej Palat, and Tyler Johnson. Ron Francis and team will probably want some draft picks or prospects to offset the salary cap hit if they take on any significant contracts.

Almost the complete opposite from Tampa Bay’s situation relative to the Expansion Draft, Montreal has very little to offer the Seattle Kraken.

Most prognosticators seem to think 31-year-old backup goaltender, Jake Allen, will be the selection in Montreal. But there are a lot of 30-plus-year-old goaltenders that should be available via the Expansion Draft, so Seattle might look elsewhere. Shea Weber could also be available in the draft, but at 35 years old and with five years remaining on his current contract at $7.9 million per year, I do not see the Kraken taking that on.

Projecting who the Seattle Kraken might be interested in during free agency is a bit of a mystery. When Vegas went through its first free agency period, its signings were very underwhelming, with Brad Hunt being the only player that played more than 40 games in the NHL the following season. This may change for Seattle, as cap space comes at a premium. Teams will be less likely to spend, which could create an opportunity for Seattle to get some valuable players on the free agent market.

Let us look at some of the pending free agents playing in the Stanley Cup Final.

Blake Coleman (Forward – TBL): Coleman will be a sought-after player when free agency opens on July 28. He is a third-line winger on the Tampa Bay Lightning but would probably fit right into a second-line role with a lot of teams in the NHL. He is only getting $1.8 million currently and is due for a pay increase when he signs his next deal.

Joel Armia (Forward – MTL): Armia will start the Stanley Cup Final series on the NHL Covid Protocol list. Armia is another player that could fit into a second-line role on the Seattle Kraken. He had a disappointing 2020-21 regular season with only 14 points in 41 games. Armia is currently getting paid $2.6 million, and his next contract should come in right around that same mark.

Phillip Danault (Forward – MTL): Danault has been getting a lot of praise during these playoffs with his smart two-way style of play that usually pits him against the opposing team’s top line. A native of Quebec, most people assume he will re-sign with the Montreal Canadiens in free agency, but the better he plays, the more money he will be able to collect on the open market. There’s a chance he prices himself out of the Montreal Canadiens’ budget.