Seattle Kraken head coach Dave Hakstol on analytics, leadership, and a look at his time in Philly 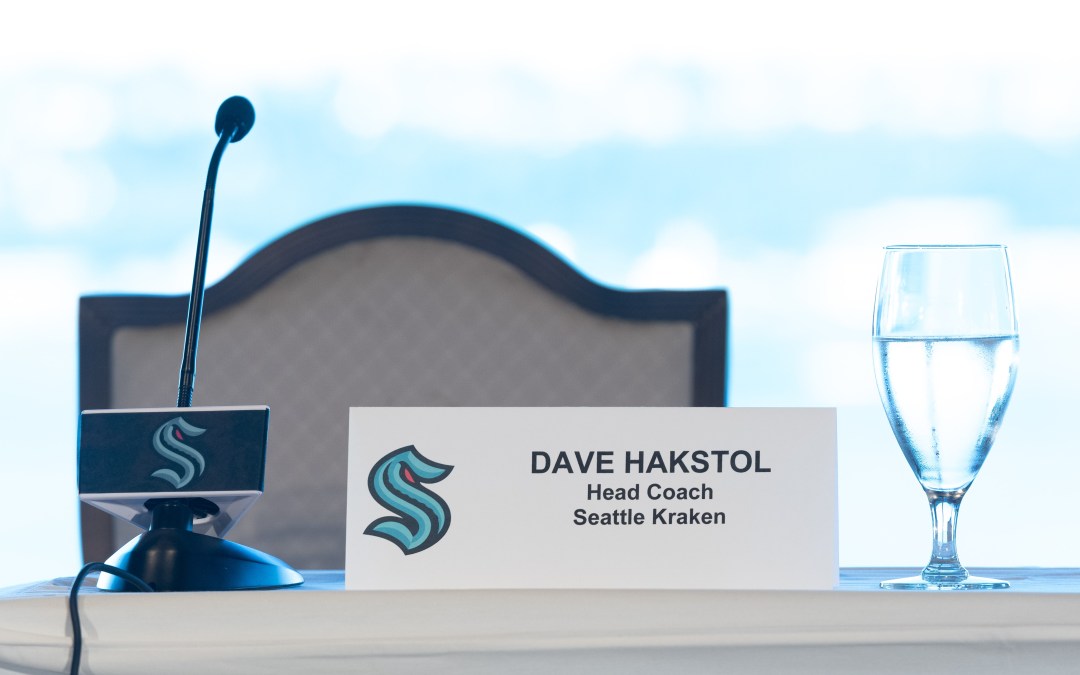 One thing we already know about the Seattle Kraken is that they know how to keep a secret. A year ago, they announced the team’s name, logo, and jersey design with nary a leak. No stolen mockups made the rounds, and we all experienced the name together.

A week ago, they struck again by hiring Dave Hakstol as the first Kraken head coach. Hakstol’s name was not mentioned by all the self-proclaimed media insiders leading up to the official announcement.

Yet there he was at the Edgewater Inn, sitting between general manager Ron Francis and CEO Tod Leiweke last Thursday.

“We didn’t do anything extraordinary,” Francis said about keeping the hire a secret. “Dave was employed by Toronto, so we didn’t want that being out there and a distraction, as he’s coaching with the Leafs so we just had the conversations, we talked about things and, you know, I think a lot of that credit goes to Dave. He just didn’t talk about it to anybody and when you don’t do that it doesn’t get out there.”

So, what kind of coach are the Kraken getting in Hakstol? What kind of team will he put on the ice?

“If you go through an 82-game schedule and hopefully into a playoff run, resiliency is a huge part of what our team will be about,” Hakstol said. “It’s not always easy. The teams that relish those tough days and want to come back and battle together. Those are the teams that have success. I’ve always said humility as part of the group, humility to hold standards really allows you to respect this game and the game deserves respect … those are some of the different elements that lead us to the opportunity that we have here in terms of building tradition.”

The Kraken have built a robust and highly credentialed analytics staff as part of their hockey operations. Led by Alex Mandrycky, it’s obvious that Seattle will use analytics as a tool towards building, and sustaining, a successful on-ice product.

It seems to reason that hiring a coach willing to embrace and work with analytics would be of importance.

“You know when I was actually being interviewed for my position that was something we came up with,” Francis said. “The ownership group is interested in that and thought that we should make that a part of our processes as we build out our team. So, certainly when we were asking the questions on the coaches, there were questions surrounding analytics and we did that with everybody. It wasn’t the only question, but it was certainly part of the process to make our final decision for sure.”

Not all coaches have embraced analytics in today’s NHL.

It seems counter intuitive not to. Embracing analytics doesn’t mean you turn into a robot, relying on charts to set your line combinations, or make adjustments to your game plan. The data, however, informs the decisions that the coach eventually has to make.

There’s nothing wrong with making tough calls armed with as much information as possible.

“It’s a phenomenal tool for us as coaches to evaluate and to discover and to find different avenues to improve our team,” Hakstol said. “The second piece of that is still a very human game 100% on the ice, it’s played with emotion and passion… So, the combination of the two is valuable. Never forget, this is a game that’s played on emotion and it’s a human game.”

Hakstol’s time in Philadelphia was a mixed bag

Hakstol was just the third coach to go straight from coaching in college to the NHL when he accepted the head coaching gig with the Philadelphia Flyers in 2015. It came after an impressive 11-year run in college with the University of North Dakota.

He spent three full seasons with the Flyers — he was let go 31 games into his fourth year after a 12-15-4 start — and led them to the playoffs twice.

The numbers for those Flyers teams are what you would expect for a middling team that made it into the postseason but lost in the first round. Their underlying metrics were all around 50 percent, including an expected goals forced percentage of 51. His goaltending was perhaps a bit under par with a collection of guys that included Steve Mason, Brian Elliott, and a group of seven additional journeymen who manned the pipes during his last season.

Over the three full years he was a coach, the Flyers’ goalies combined for a high-danger save percentage of 79 percent, which was 30th in the league for that time. Hakstol needed a guy to make a save for him.

None of that is to suggest that Hakstol was responsible for the Flyers inability to find a consistent goaltender. That’s long been a hitch in the Flyers’ stride and was so until Carter Hart arrived at the end of Hakstol’s tenure in 2018-2019.

It’s also tough to glean too much information from the stats of those Flyers teams when assessing Hakstol. Even the best coaches require talented players and the Flyers’ struggles this past season, where they failed to make the playoffs with a minus-38 goal differential, suggest that the team’s problems were deeper than coaching.

Hakstol has a chance now to take the lessons learned from that experience, plus two years as an assistant with a good Toronto team, and apply them to the Kraken, something he talked about last week.

There have been many cases of “second chance” coaches who didn’t win big in their first go-around but would get a second shot and end up succeeding. See Gerard Gallant, who had only a first-round loss in four years between Columbus and Florida before taking Vegas to the Cup Final in 2018.

Or check out Pete DeBoer, who has taken two teams, New Jersey and San Jose, to the Stanley Cup Final and three of the last four conference finals. Before all that he spent three seasons as the Florida Panthers head coach (2008-2011) and missed the playoffs each time.

Hakstol’s track record shows that he knows the game and knows how to win. That’s what led him to be the first Kraken head coach.

During last Thursday’s press conference, Hakstol talked about the task ahead.

He has to put together a coaching staff and prepare to take a collection of payers thrown together after the Expansion Draft on July 21.

Part of that is finding leadership. There won’t be an established leader when the team first is assembled. The Vegas Golden Knights had the same challenge and famously didn’t have a captain until turning to Mark Stone this past season. Leadership is an important part of a hockey team and with the constant turnover of a college roster, it’s something Hakstol has some experience with.

“There may be that one guy that’s just absolute,” he said. “If that’s the case that usually becomes pretty apparent. With any group that I’ve coached I look at the core group. Our core leadership group. What the number of that group is, I don’t know what that number will be, maybe it’s four, five, maybe six, but its more so than just solely focusing on who the captain will be. It’s focusing on that leadership group.”

Don’t be surprised if there is no official Kraken captain in year one.