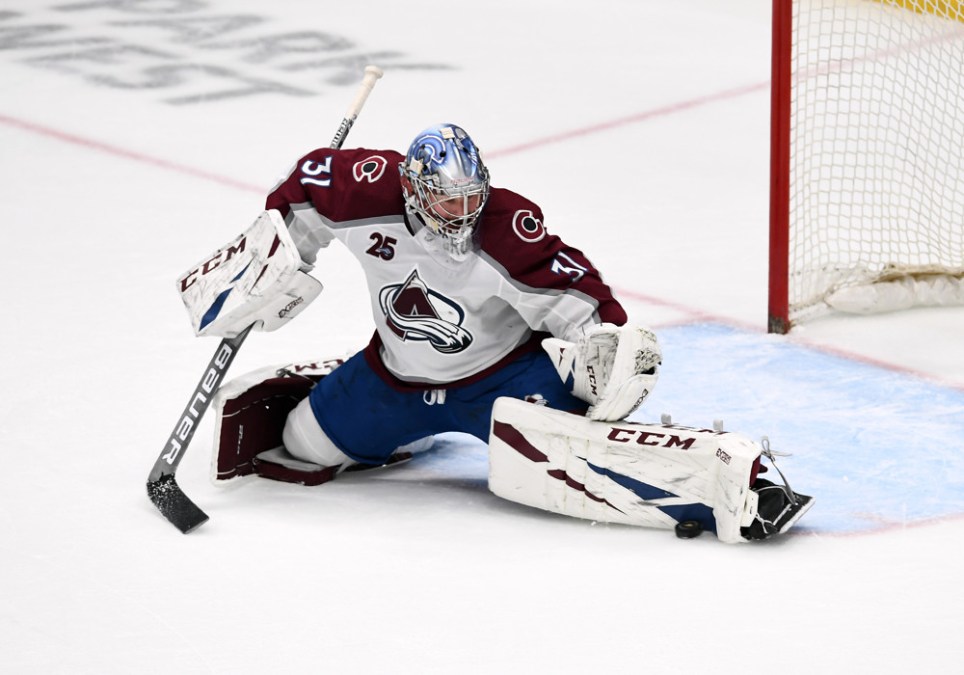 Splish splash, went the Seattle Kraken on the first day of their first-ever NHL free agency period. When the waves of last week’s Expansion Draft calmed into ripples, Seattle had three relatively young goalies in the fold in Chris Driedger, Vitek Vanecek, and Joey Daccord. But the makeup of the team’s goaltending platoon changed dramatically on Wednesday when the Kraken signed the top backstop on the unrestricted free agent market, Philipp Grubauer, to a six-year deal worth north of $35 million.

The 29-year-old Rosenheim, Germany, native was a Vezina Trophy finalist this past season, after putting up outstanding numbers in Colorado. He finished the year with a 30-9-1 record, boasting a 1.95 goals against average and .922 save percentage in 40 games. Those numbers are not an anomaly. Throughout his career, which spans six seasons with the Capitals and three seasons with the Avalanche, his save percentage is an impressive .920 in 214 games. He also won a Stanley Cup with the Capitals in 2018, though he only had a couple of playoff appearances that year, with Braden Holtby getting the vast majority of playing time.

There was plenty of talk prior to the Expansion Draft that the Kraken would select Carey Price and his monster $10.5 million annual cap hit for the next five years. General manager Ron Francis confirmed at the time that he and his staff had seriously considered it, but they ultimately decided it was just too big of an investment. Instead, they went the UFA route to bring in Grubauer, who is four years younger than Price and will cost them $5.9 million against the cap. So, it’s a big contract, but in the context of what Seattle almost had, this is a fair price and term for an elite NHL netminder.

Grubauer is not gigantic by goalie standards at 6-foot-1, 188 pounds, but he plays big in the net. He has quiet feet and reads the play in front of him exceptionally well. With that anticipation, he puts himself in position to make the save just about every time.

“We’re excited to add a goaltender of Philipp’s caliber, especially coming off of a season where he was a finalist for the Vezina Trophy,” Francis said via press release. “He was a part of a Stanley Cup-winning team and has been one of the top goaltenders in the league over the past few seasons, and we’re happy that he chose to join our team.”

Seattle is poised to have a strong blue line in its inaugural season, and with a top-tier netminder playing behind it, this is going to be a hard team against which to score goals. The question remains whether the Kraken will be able to score goals of their own, although they did make a couple more moves on Thursday in adding Jaden Schwartz and Alex Wennberg to address that concern.

Vitek Vanecek traded back to Capitals

Though Francis previously made it sound like he and his staff were very comfortable going into the season with Driedger and Vanecek as their battery, we at Sound Of Hockey had a hunch the team still hoped to add a more veteran goalie either through free agency or trade. Though both of those netminders are promising, it just seemed unlikely that this team would bank so heavily on two players with essentially one full year of NHL experience each and zero years as a true No. 1 starter. Going with that combo was always Plan B.

“We took Vitek Vanacek thinking that he’d be part of our goaltending tandem with Chris Dreidger,” Francis said Wednesday. “I don’t think we expected Grubauer to get to free agency. I think any team would tell you when you’ve got a goaltender that has that experience you’ll sleep a lot better at night.”

The Grubauer signing meant that the Kraken needed to jettison one of their goalies. Driedger just signed a three-year contract and was one of the six players the Kraken trotted out on stage at the Expansion Draft, so they clearly saw him as part of the puzzle. Vanecek would require waivers to get to the AHL, so the Kraken opted to move him and get an asset out of the selection. Remarkably, they are getting a second-round pick in 2023 back from the Capitals, the team from which they snagged him just one week ago.

With Vanecek out, the Kraken still have north of $16 million in cap space. They do need to get Vince Dunn under contract still (we project him in the range of $3 million to $3.5 million), plus perhaps their three other RFA’s, Carsen Twarynski, Dennis Cholowski, and Will Borgen. Those three will likely be on two-way deals, though, so they can be assigned to the AHL and will not count against the cap.

There are likely a lot more moves coming in this condensed offseason, but starting your inaugural campaign with a good blue line, elite goal crease, decent forward group, and more than $10 million in cap space is a pretty good spot for Seattle.