With a chip on his shoulder, Mason Appleton looking forward to chance with Seattle Kraken 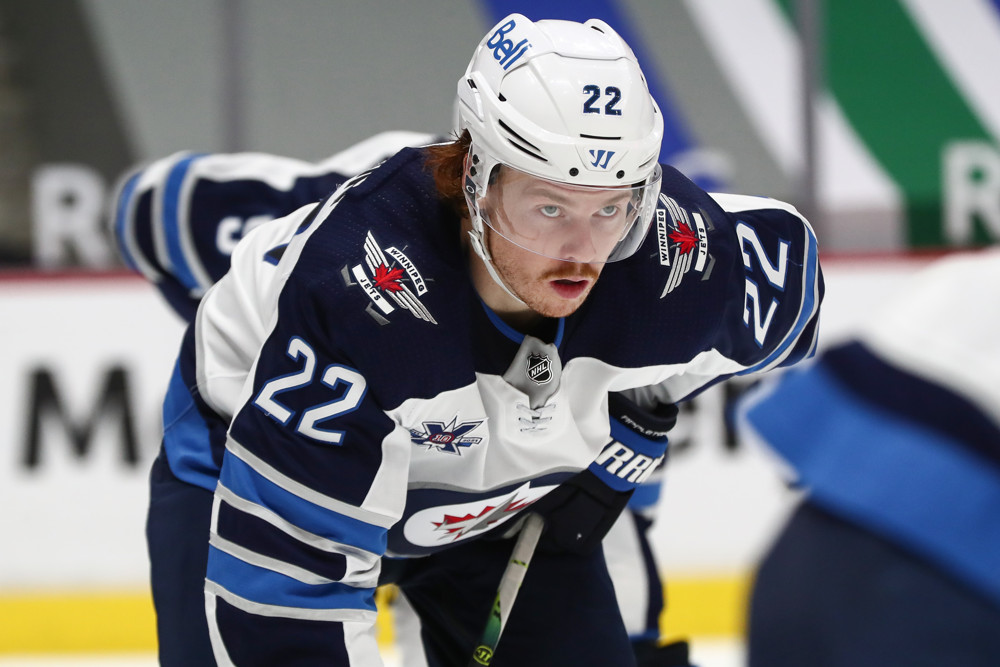 When you think of Green Bay you don’t immediately think of hockey. Rather, images of the Packers, football, and the frozen tundra come to mind. But it’s in Green Bay that Seattle Kraken forward Mason Appleton found hockey.

“I hear Green Bay, I think football too,” Appleton said of his hometown.

Appleton’s father played the game, which exposed him and hooked him to hockey at three years old. While not the most popular sport in Green Bay, Appleton was able to find fellow players growing up and backyard rinks to hone skills on.

Those skills have brought him to Seattle after the Kraken selected Appleton from the Winnipeg Jets at the NHL Expansion Draft.

The forward, who’s played both center and on the wing, has spent three seasons in the NHL and at age 25 is coming off of his best year to date. That made his exposure by Winnipeg somewhat of an eyebrow raiser.

“It was kind of a ‘it is what it is’ type of feeling,” Appleton said. “The Jets had to make their decisions and from there I couldn’t control anything. The cards fell where they fell so I’m super excited to be heading to Seattle.”

Being exposed is a reminder that hockey is a business.

Teams make decisions based on what they feel will maximize their potential to win and sometimes those choices are hard. While Appleton understands it’s a business, he looks at it as something that can motivate him to have a big year with the Kraken.

“You’re not a competitor if you don’t take it personal a little bit.” Appleton said. “I shrug it off and say it is what it is more times than not, but deep down it definitely puts a chip on your shoulder, and you do take it a little personal. That’s how I’ve always been and that’s how I always respond to situations like that.”

Mason Appleton’s journey to the NHL

Always with a goal of playing college hockey in the United States, Appleton signed with the Tri-City Storm of the USHL to play junior. After a successful season in 2014-2015 where he recorded 40 points in 54 games the Jets selected him in the sixth round of the 2015 NHL Entry Draft.

He then moved on to play at Michigan State for two seasons. His second season was his best, scoring 12 goals and 31 points over the course of 35 games. That would result in signing a contract with the Jets and spending two seasons in the AHL with the Manitoba Moose.

Appleton turned in a productive rookie year for Manitoba in 2017-2018 with 66 points in 76 games. He started off the following year strong and would eventually be called up to the Jets midway through the season. Getting into the NHL is not always a sure thing for any draft pick, much less a sixth-round pick.

Being drafted that low was another chip, another motivation for Appleton.

“Definitely a chip on your shoulder, it’s kind of how I’ve been my whole career,” he said. “I’ve been passed over different times at different levels and things like that. I learned to have that motivate me and have that drive me. Being a sixth rounder, you look at the guys ahead of you, look at guys in the league and where they were picked.

“Not many sixth rounders end up establishing themselves in the NHL so I just kind of take it a day at a time, just be the best I can be, get better and not compare myself to everyone else, but just be the best version of myself.”

Appleton has established himself in the NHL and is coming off a year where he reached career highs in goals with 12, assists with 13, and points with 25.

In fact, over his career he has improved every season at every level. He says that’s thanks to a drive and desire to work over the offseason. While some have referred to last year as a ‘breakout’ season, Appleton feels he has more potential.

“Last year was a good year,” Appleton said. “I definitely carved out a bit more of a role and found myself getting more opportunity. And going forward, obviously going to try to continue to improve and I’m still young, only 25 years old, so I think there’s still a lot more.”

How will Appleton fit in with the Kraken?

The increased role in Winnipeg earned him just over 14 minutes per game. He spent very little time – less than a minute per game – on the power play despite possessing a good shot.

Appleton shot 13 percent last year, which was his career high but still pretty much in line with his NHL career mark of 11.9. That career mark is the exact same percentage that he achieved in the AHL, showing him to be a consistent shooter.

He’ll have a chance at earning more ice time with the Kraken as coach Dave Hakstol tries to figure out who his top nine forwards will be. If Appleton can push closer to the 20-minute mark each game, he may be able to improve on his numbers from Winnipeg.

Seattle has some questions when it comes to who will play center for the Kraken, and Appleton has played in the middle and at right wing. Will he be in the mix for a center role?

“I probably prefer the wing,” he said. “I think I’m just a little bit more comfortable there, a little bit stronger there, but it’s one of those things. It’s pretty cliché, but wherever you’re needed that’s where you’re gonna play. However that shakes out I’m super happy to play either.”

The Kraken forwards on the roster all are similar in that they play a strong two-way game.

There isn’t a guy who would be classified as a pure scorer. That should allow them to play a strong, hard game, with what the team hopes will be enough scoring. Appleton fits right in.

Along with a good shot, Appleton can skate and has top-end speed to burn. He is listed at six-foot-two and 193 pounds and has put up offensive numbers over his hockey life, but he doesn’t want to pigeonhole himself as an offensive player.

“Depends on the team and on the level,” he said about his game. “In the minors I was definitely more of an offensive player, but in the NHL I kind of pride myself in that two-way role. I’ve been relied upon at both ends of the ice.  Wherever I’m needed to fill in that void, whatever is asked to me, that’s the role I’m going to play.”

Looking ahead to the Kraken

Appleton says he’s ready for the experience in Seattle. He has never been to the city but has found a place to live and is planning on making the move early in September. He has not played with any of the current Kraken but wants to get in town early enough to get to know his new teammates away from the rink.

He says it’s important to form relationships off the ice to create chemistry on it. “I think that definitely feeds into it but I think it will come quicker than we think. You’re in the NHL so it’s all talented guys and guys can read and learn off each other so I think that should come together.”

In July, Appleton found out Seattle had selected him when Winnipeg Jets general manager Kevin Cheveldayoff called to inform him. After a quick call from Seattle’s Ron Francis and Hakstol in the afternoon, he turned on the television with his parents to watch the broadcast of the Expansion Draft.

The scene at Gas Works Park was impressive.

“It’s going to be an unbelievable spot to play, and you could just tell how passionate the fans are in the community already,” he said. “I’m super excited because you’ve seen the way they rally around sports teams, it’s non-stop, it’s top of the line so yeah, very excited to get out there.”