Who’s going to play center for the Seattle Kraken? 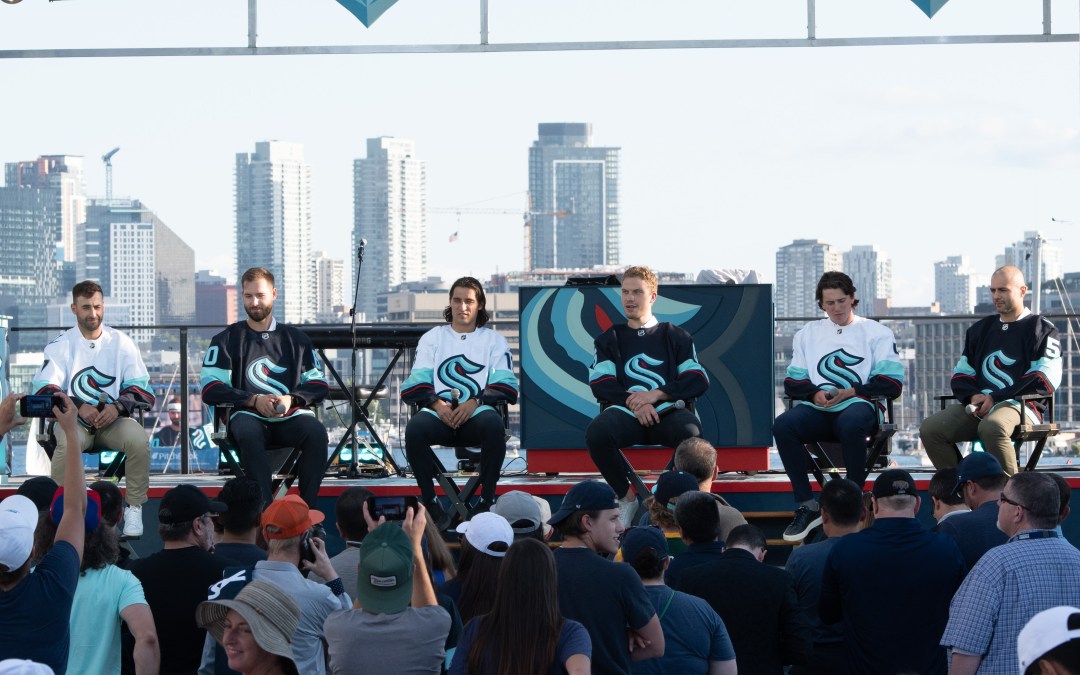 We are about a month away from the Seattle Kraken opening their first training camp in club history. As the action plays out at the Kraken Community Iceplex, general manager Ron Francis and coach Dave Hakstol will be tasked with determining which four guys will open the season as the club’s top centers.

Finding a top center is paramount to having a successful team. That’s not a matter of opinion, it’s been studied, and center is the most important position to have if you want to win in the NHL.

The Kraken don’t currently have an elite center on the roster – although 2021 top draft pick Matty Beniers could some day be that guy – but have a couple guys who should be productive pivots. The forward group overall is solid and a tough-to-play-against group.

All but one of the players up front have played both at center in the past and on the wings. Having versatility is great, but at the end of the day, Hakstol will need some full-time centers for the Kraken.

He has candidates, and how they perform in training camp and in the team’s six preseason games will go a long way in figuring out who will be in the middle when the season opens on Oct. 12 in Vegas.

Here is a look at the candidates to find a role at center for Seattle:

Locks to be top centers for the Kraken

Gourde is the best center on the Kraken roster. He has the numbers – was on pace to score 25 goals over an 82-game season last year – and he’s got the analytics. Oh, and he’s won two Stanley Cups with the Tampa Bay Lightning. So, we can write him in as the top center, right? Well, not to start the season, as Gourde will miss a couple months due to offseason shoulder surgery. Then we have to see how long it takes for him to get up to speed, but the prevailing thought is that before the year is over, he’s Seattle’s top center.

The former Columbus Blue Jacket and Florida Panther will most likely step up for Gourde when the season starts in October. Wennberg jumped up to play a lot of minutes on Florida’s second line last season and had a career year in shooting percentage and goals scored – he potted 17. Don’t expect him to match the 20 percent he shot last season, but he does a lot of things correctly. He is a strong passer and plays a responsible defensive game and can complement good wingers, as he did last season playing a ton of minutes with Jonathan Huberdeau and Patric Hornqvist.

In the mix at center for the Kraken

Listed as able to play center and on the wing, McCann has a chance to be Seattle’s third center. He’s been a consistent double-digit goal scorer over the past three seasons with the Pittsburgh Penguins. His 32 points in 2020-21 were three off his career best and that was in 43 games. If you’re interested in the underlying stats, then McCann is your guy as all of his possession numbers were outstanding last year. He also was a big power play contributor for the Penguins, chipping in with 17 points with the man advantage.

Coming off his best season in the NHL, the 28-year-old could be the benefactor of an elevated role in Seattle. He was with the New York Rangers last season and played in a career high 47 games and hit personal best marks in goals (12) and assists (10). His underlying numbers weren’t great – his expected goals number was 46 percent – and that will have to improve if he wants to hold on to a third center role.

The former Tri-City Americans star could be due for a breakout year with the Kraken if he can get more playing time. With the talented Carolina Hurricanes, Geekie was limited to under 10 minutes per game, relegated mostly to the fourth line. But he scored in the WHL, and he scored in two AHL seasons with the Charlotte Checkers. He’s got a great shot and quality possession numbers as well. He’ll get a chance in training camp and the preseason to show that he can handle more minutes, and that could pay off big for both Geekie and the Kraken.

The remaining candidates for a center position

Marcus Johansson – If Hakstol wants to add some veteran experience to the lineup he can play Johansson at center – and both wings where he has played in the past. Johansson has speed to kill, but his last season in Minnesota was lackluster and he was a bit of a defensive liability.

Mason Appleton – The 25-year-old Appleton had a breakout with Winnipeg last season by scoring 12 goals and 25 points. He split time at center and wing, with more time on the wing. He’ll be a guy to watch during the preseason to see how Hakstol deploys him and how well he performs in the middle.

Alexander True – The former Seattle Thunderbirds center has yet to crack the NHL full time and will need a productive camp to start in Seattle this fall. He’s got size, standing at 6-foot-5, and is a solid center who plays defense, can score a little, and be a strong penalty killer.