Sound Of Hockey Ep. 153 – You Can’t Out-Pizza the Hut – With Morgan Geekie 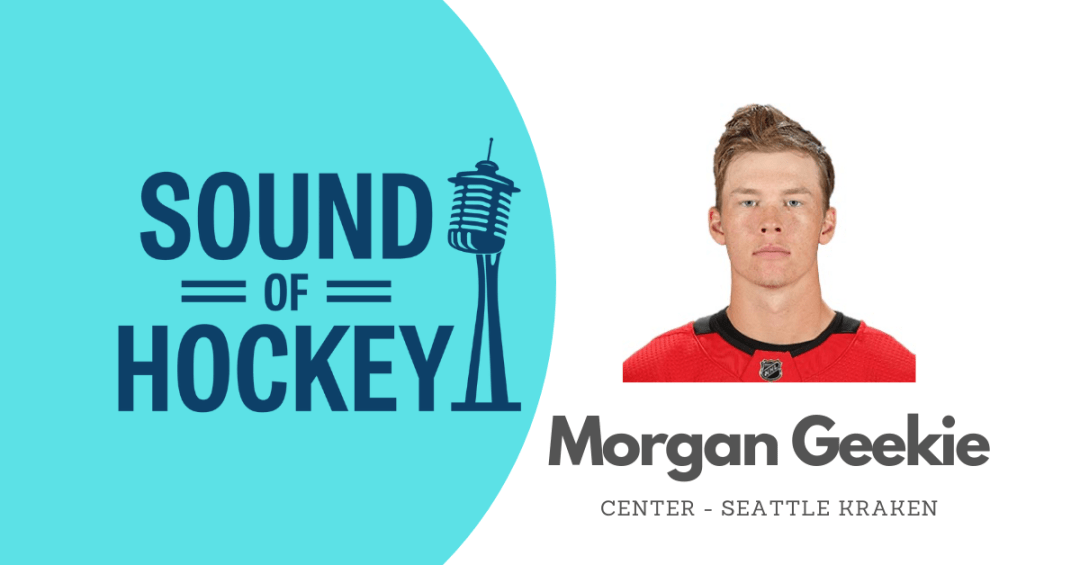 Wow, what an episode, and what an interview with Seattle Kraken center, Morgan Geekie! You’ll laugh along with the young pivot who shares pretty much everything in his conversation with the Sound Of Hockey guys, from winning the Calder Cup to cracking up the entire hockey world with a puzzling and hilarious press conference. Geekie has experienced a lot in his young NHL career, and now he’s ready to become a member of the Kraken and take on a bigger role than he has before. Hear all about it on this week’s episode of the Sound Of Hockey Podcast.

Also on this show, there’s a fair amount of general Kraken news, like the team signing Riley Sheahan and Gustav Olofsson and jerseys slowly becoming available.

John, Andy, and Darren then methodically roll through a variety of topics, including but not limited to:

The show is rounded out by a dazzling Goalie Gear Corner, then Weekly One-Timers and Tweets of the Week.