Which Seattle Kraken players could be representing their home countries at the 2022 Winter Olympics? 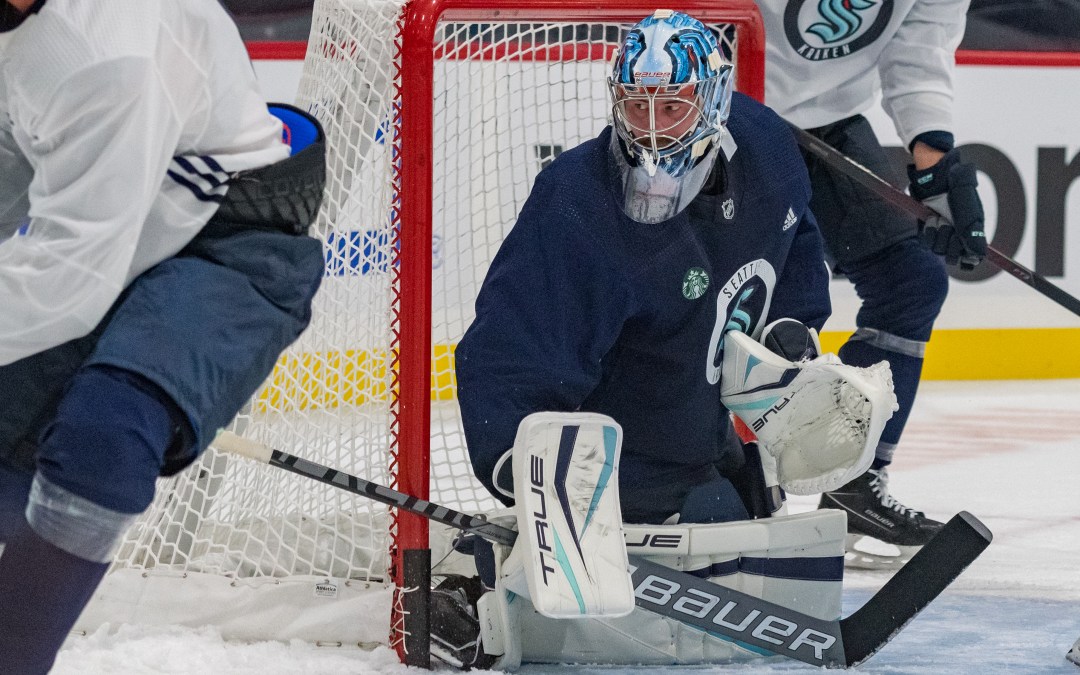 Whether it was Dominik Hasek dominating at Nagano in 1998, or T.J. Oshie’s shootout prowess at Sochi in 2014, or the amazing 1980 Miracle on Ice, the Winter Olympics have provided us with some of hockey’s most memorable moments. With the September announcement that NHL players would be returning to play during February’s 2022 Olympics in Beijing, we could be treated to more big moments, and for the first time ever, there just may be some Seattle connections as the Kraken have players who will fight for medals.

Seattle isn’t loaded with Olympic hopefuls, but it does have players that will be in the Games and others who are in the mix to represent their countries. Who are those players and what nations’ jerseys will they be sporting during the Beijing Olympics?

Here’s a look at which players to keep an eye on during the leadup to the 2022 Winter Olympics.

Kraken locks to play in the Olympics

Granted there is not a lot of NHL competition for the German net at the Olympics, but Grubauer would be the top choice even if there was. The only other active German goalie in the NHL is Thomas Greiss who played 34 games with the Detroit Red Wings last season.

No slight on Greiss, who could make a nice veteran back-up for Germany, but Grubauer is better and coming off a season that earned him a nod for the Vezina Trophy.

Grubauer has not played in the Olympics before but has a long history of playing in international tournaments for Germany. He started back in 2006-07 when he played for the German U16 team and has since suited up in the black and gold for his country in the U17’s and U18’s in 2008 and the World Junior Championship in 2009, 2010, and 2011. Since turning pro he’s played in the World Championship and with Team Europe during 2017’s World Cup of Hockey.

Last season in Colorado was one of Grubauer’s best and the Rosenheim product boasts a career save percentage of .920 in the NHL. Sorry Thomas Greiss, it’s going to be Grubauer.

Germany has not fared well in the Olympics historically but has medaled three times and is the reigning Olympic silver medalist after 2018’s second-place finish in Pyeongchang – a year that NHL players were not involved in the Games. Germany also had bronze finishes in 1932 at Lake Placid and 1976 at Innsbruck. Can Grubauer extend their medal streak to two?

How can a player who has played 19 NHL games, as True has, be a lock to play for his country in the Olympics? Well, while Denmark is an emerging hockey country, there aren’t a ton of Danes flooding the NHL.

Denmark qualified for the Olympics at the end of August and is appearing in the Games for the first time ever. The nation does boast a handful of NHL regulars, led by Winnipeg’s Nikolaj Ehlers, who was huge in this summer’s qualifying rounds. True, who is Ehlers’ cousin, is on the NHL bubble but has played for Team Denmark at every high-level tournament the Danes have played in recently. That includes the U16’s in 2012-13 where he scored eight points in 11 games. His international play also includes two appearances in the World Junior Championship in 2014 and 2015, and for the latter of which he was team captain.

This past spring, he played for Denmark in the World Championship, scoring a goal and an assist in seven games. The former Seattle Thunderbirds import player has been a regular with Denmark, and there’s no reason to think he won’t get the invite for Beijing in February.

Kraken who could be in the mix for the Olympics

The 28-year-old Larsson has some competition in making a Swedish team that is one of the power nations when it comes to international play. He has represented Sweden before, including at the World Junior Championship in 2010 and 2011. Larsson has not made an Olympic appearance but has participated in three World Championships – the latest was in 2019.

Larsson is not a scoring defenseman but plays a solid two-way game and is a right-handed shot which might get him a look. International teams like to load up on offense which might hurt Larsson’s chance, but there is still room or a guy who takes care of his own end.

Sweden has some outstanding defensemen to choose from led by players such as Victor Hedman, Erik Karlsson, and Oliver Ekman-Larsson. It could be tough for Larsson to crack the top seven or eight Swedish blueliners, but he has a shot and a hot start with the Kraken would go a long way to helping his cause.

The 29-year old Donskoi is a player who keeps getting better each season. Last year he was on pace to top the 20-goal mark for the first time in his NHL career by scoring 17 times in 51 games. Seattle selected the winger from the Colorado Avalanche, and he can be penciled into the Kraken top-six forward group.

Finland shows strongly in international tournaments like the Olympics, and Donskoi does have some NHL competition for a spot on the roster. The Finns feature guys like Florida’s Aleksander Barkov, Carolina’s Sebastian Aho, and Colorado’s Mikko Rantanen at the top of their lineup. But Donskoi doesn’t need to beat those guys to make the team. Of all the active Finnish forwards in the NHL, Donskoi has scored the ninth-most points. That feels good enough to put him in the Olympic running.

Making Team Sweden could be a long shot for Jarnkrok, but it’s not impossible. He has played for Sweden in the past including a couple of U18 appearances in 2009 and 2010, a World Junior Championship run in 2011, and two times as a pro in the World Championship.

Jarnkrok is a two-way forward with some offensive upside and could very well end up in the Kraken top six this season. He’ll need a good start to be selected along with Swedish locks like Gabriel Landeskog, Nicklas Backstrom, Mika Zibanejad, and others.

That might be an uphill battle for Jarnkrok, but the Swedes could do worse for a bottom of the order winger who can play at both ends of the ice while providing secondary goal scoring.

Team Canada is loaded. When aren’t they? No matter what the international tournament, Canada is among the favorites with rosters that resemble all-star teams.

The Olympics are no different, and while Gourde is a strong player, there may be too many players ahead of him. The 29-year-old won his second-straight Stanley Cup last year with Tampa Bay but also suffered a torn labrum which required offseason surgery. He is the stereotypical 200-foot player who has offensive pop and can play in every situation for you.

But the Olympics, right or wrong, is a short tournament that is tailored for the big stars and big scorers. If it were a long tournament, Gourde’s value would rise. It also hurts him that he’s going to miss that start of the year while his shoulder recovers.

Also hurting Gourde is that he’s never played for his country in an international tournament and had not been in Hockey Canada’s system. He would need to be healthy and off to an explosive start to seriously be a threat to crack Canada’s roster.

Ok, so techincally Beniers is not a member of the Seattle Kraken yet. But he is a Kraken prospect after the club selected him second overall, so we are including him on this list.

His chances of making the U.S. Olympic team? It’s pretty slim but the 19-year-old University of Michigan star not only helped the Americans win gold at this past winter’s World Junior Championship, but he played for the U.S. along with pros at the World Championship this spring.

Beniers played well in both tournaments. The United States is now one of hockey’s power countries and can ice a contending roster without throwing a bone to the young Beniers. On top of that, the Olympics are in February at a time when Beniers and Michigan will be ramping up for the NCAA Tournament. So, Beniers won’t play for the U.S. this winter but don’t rule out future Olympic appearances for the Kraken’s top prospect.