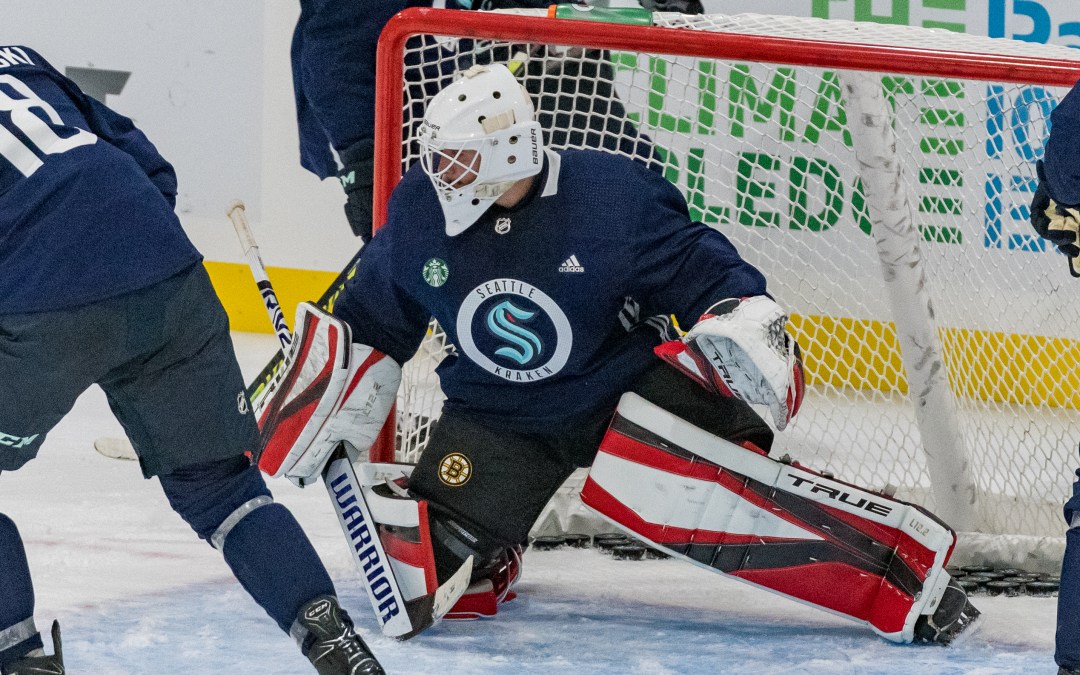 This very special BONUS EPISODE of the Sound Of Hockey Podcast is an instant classic. John, Andy, and Darren agree that Seattle Kraken netminder Joey Daccord is truly one of their favorite guests to ever appear on the show, so they hope you’ll feel the same after listening.

This episode is dedicated entirely to that interview, which runs longer than most guest segments, as the guys first dig into Joey’s viral interview after his first-ever NHL win, then get into his hockey journey, his experiences at Arizona State, and his first impressions of playing for the Seattle Kraken. Darren can’t help himself but to ask goalie-to-goalie about Joey’s mental processes that he uses to perform consistently, and… of course… his gear.

Here is the link to view Joey’s mask, which he discusses in detail during the interview. If you’re wondering, the hidden “Sparky” image he discusses appears behind the holes where Daccord’s left ear would go. A tentacle is pointing at the small, subtle caricature.