What to watch for as the Seattle Kraken open training camp 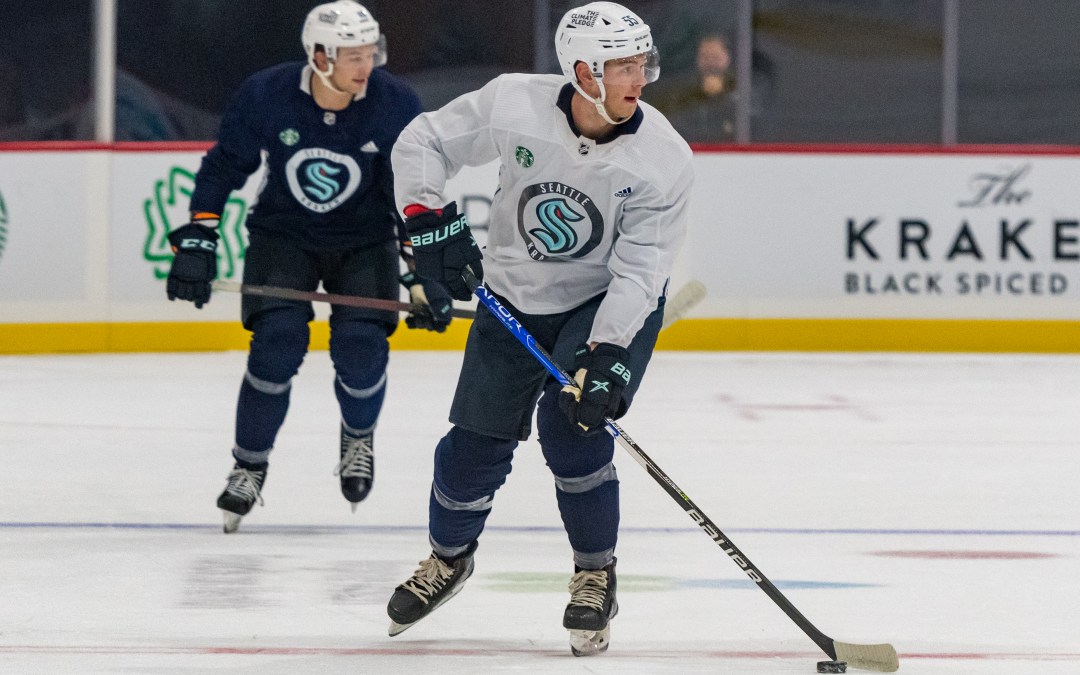 It was hard to believe when NHL commissioner Gary Bettman announced in December of 2018 that the league was granting Seattle an NHL expansion franchise. It started to feel more like this was actually happening when the team hired Ron Francis as general manager the following summer. Then there was the name and logo reveal and the hiring of Dave Hakstol as head coach this spring. In July, we met the first players at the Expansion Draft. All those events helped build momentum, but it’s going to finally become real when Kraken players step onto the ice at the Kraken Community Iceplex to open the franchise’s first training camp on Thursday.

NHL hockey is officially in Seattle.

There are questions facing Francis and Hakstol, which will be answered over the next three weeks as the team prepares for its Oct. 12 season opener against the Vegas Golden Knights. Camp is going to move fast as the team will play its first preseason game Sunday in Spokane against the Vancouver Canucks.

Portions of camp will be open to the public and for the first time ever, hockey fans in Seattle will watch their NHL team skating.

What will those fans see? What should they be watching for?

Here are some storylines to consider at Kraken training camp.

How will the Kraken lines and pairings look?

We know who the Kraken players are, but we don’t know how the lines or defensive pairings will look.

While Hakstol isn’t going to give us an answer on day one of camp, we can start to get a sense of who looks good together. We think the top line will be Jaden Schwartz, Alex Wennberg, and Jordan Eberle, but nothing has been finalized, and lines are always subject to change even when the season gets under way.

Over the course of camp Hakstol will put players together in different configurations. The same goes for the preseason games and over time we should see lines and defensive pairings start to emerge.

It’s important not to jump to conclusions at practice though. Hakstol will want to see everybody and at one point you can expect a number of combinations on the ice for scrimmages and drills. Take it all with a grain of salt.

Who is making the Kraken roster out of training camp?

The Kraken have some tough decisions to make at forward and on the blue line.

Up front there are 26 forwards in camp with 13 defensemen and five goaltenders. The top of the lineup – top six forwards and top four defensemen – seem somewhat predictable but what about the rest? If the team keeps 15 or so forwards and seven or eight defensemen on the roster, decisions are on the way.

How players perform in camp and in preseason games will determine who stays, who gets sent to the AHL’s Charlotte Checkers, and who gets outright let go.

Keep a close eye on guys like Morgan Geekie, Alexander True, and Carsen Twarynski up front, and Cale Fleury, Will Borgen, and Dennis Cholowski on the back end, as those players will be battling to make a lasting impression.

Practice will play a huge role in determining how someone is performing but so will preseason games. There are roster spots available which should lead to great competition on the ice. With this first camp, it’s one of the more intriguing questions.

There is little question on the goalie front. Philipp Grubauer will be the number one after signing a six-year, $35.4 million contract during free agency in July. The 29-year-old is coming off his best NHL season to date and was nominated for the Vezina Trophy after guiding the Colorado Avalanche to the Presidents’ Trophy.

Grubauer is locked in, and training camp is where he’ll add the fine points in his game to prepare for the regular season.

Backing up Grubauer – or the 1B goalie – is Chris Driedger. The Kraken selected him from the Florida Panthers and signed him during the Expansion Draft. Driedger, 27, inked a three-year deal with Seattle for $3.5 million a season and is secure in his spot on the roster.

What to watch in camp is how the depth goalies look.

Most notable is Joey Daccord whom the Kraken picked from the Ottawa Senators during the Expansion Draft. With a ton of upside, Daccord, 25, is most likely AHL bound but is expected to be knocking on the NHL door in no time.

A raised intensity should be expected at training camp

The Kraken players have been on the ice participating in informal ‘Captain’s Skates’ for the past couple of weeks. Those skates were important in building some team camaraderie and to get their hockey legs back under them.

The action was akin to a pickup game at times, and while fun, there was no contact and intensity was lacking. That should change starting Thursday morning.

Jobs are on the line in camp and that means players are skating with a heightened purpose and drive. There will be contact. That intensity and physicality will carry into the preseason games.

Practice at camp will consist of a lot of drills along with some scrimmaging mixed in.

Hakstol will want to install his systems and ensure they become rote for the new team. Hockey coaches have systems for all occasions. There will be neutral zone systems, forecheck systems, break out systems, and more. What’s the system if you lose the faceoff in the offensive zone, or defensive zone, or neutral zone? These will all be worked on during camp.

The players should pick this up quickly.

Hockey is hockey and while Hakstol has an idea on how he wants to play, his players have seen it before. They’ve either played in similar systems in the past, or against them.

Who is going to play on special teams?

Special teams are key in the NHL and will play a role from game to game and over the course of the regular season. Over the next couple weeks, Hakstol will begin to learn who he’ll rely on to perform on the power play and penalty kill.

There are some obvious answers here.

We can expect players like Mark Giordano, Eberle, and Schwartz to be on one of the power play units. But who else? Will Vince Dunn be on the point for one of the two groups? Will Wennberg be on the penalty kill? Will Adam Larsson?

Special teams most likely won’t be worked on day one, and maybe not even in time for the first preseason game in Spokane, but by the end of camp we should know who we’ll expect to see on special teams once the season starts.