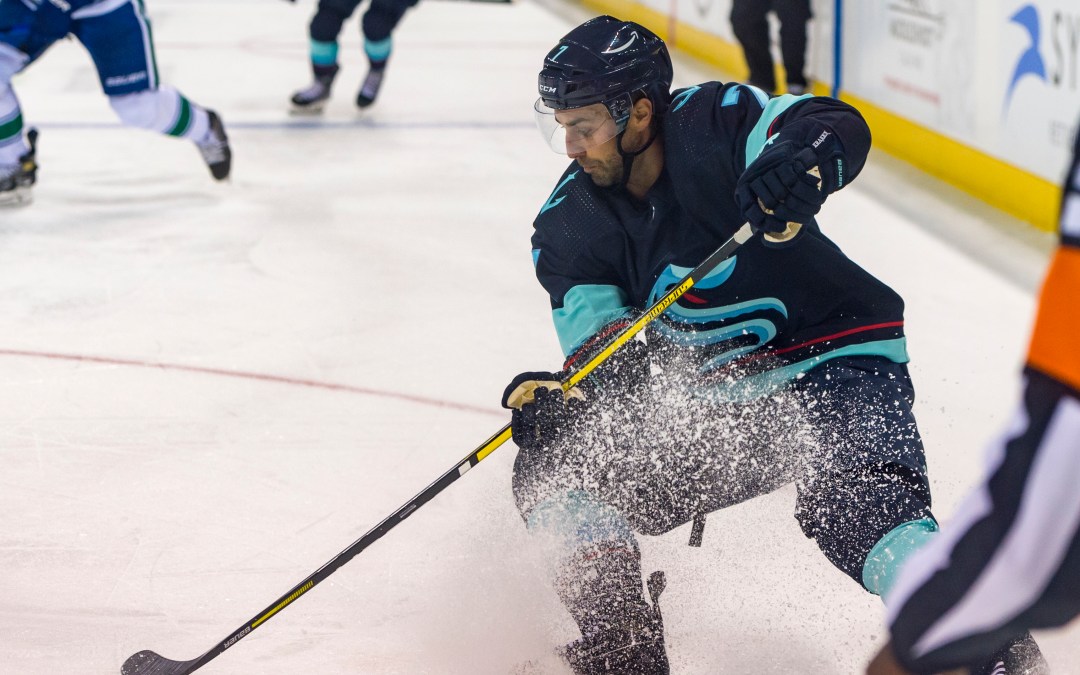 They can’t all be Picassos, and the Seattle Kraken certainly aren’t hanging the film from Monday’s 6-1 loss to the Philadelphia Flyers in a museum any time soon.

Seattle actually had some life and a few chances early in the game.

Jordan Eberle got the puck on the doorstep early on but Flyers goalie Carter Hart was able to get his glove on it, or depending on how you look at it, Eberle shot it into his glove, to keep the game scoreless.

Had the Kraken cashed in on one of the early looks perhaps the game would have gone in a more positive direction for Seattle.

“It’s hard to say,” Kraken defenseman Carson Soucy said. “It would be nice if one of those goes in but we just didn’t stick with it enough.”

The Flyers were the ones sticking with it and would score thrice over the last ten minutes of the first period. The goals came from Claude Giroux, Travis Konecny, and Derick Brassard who banked one off Soucy.

It was 3-0 heading into the first intermission, but it already felt like the game was decided.

“We had a really competitive start in the first ten minutes and we did have a couple of good scoring chances,” Seattle coach Dave Hakstol said. “We gave up the first goal from 200 feet away which was a little bit of a theme tonight…we got beat up ice.”

Hakstol didn’t like the way his team defended the entire ice, feeling the goals were results from the lack of a forecheck or plays in the neutral zone.

Philipp Grubauer took the brunt of those mistakes, allowing five goals on 20 shots through two periods. Chris Driedger started the third period for Seattle and made six saves while allowing one goal in the third.

There was some thought that perhaps Grubauer should have been given the night off earlier and Hakstol said after the game that in hindsight he would have made the switch sooner. He also stressed the change in net wasn’t indicative of how Grubauer has been playing for the Kraken.

Seattle would eventually fall behind 5-0 in the second period before Soucy scored his first as a Kraken to stop the bleeding.

It’s a long season and teams will occasionaly lay an egg the way Seattle did on Monday. After the game there was no panic amongst the Kraken.

“There’s a lot of things that it looks like,” Hakstol said. “We were out of sync, we couldn’t put ourselves back on the right track and that’s the end result.”

The top line had a new look Monday as Hakstol moved Alex Wennberg to center the Jaden Schwartz and Eberle group.

“We wanted to see a different combination,” Hakstol said. “It was a tough night to evaluate all of that.”

When Wennberg was acquired in free agency the general thinking was that he would take the top center role until Yanni Gourde was available to return from injury. While Hakstol is right, the line didn’t score and how they played in their own end is the stuff for film study.

However, an argument could be made they were the Kraken’s best line Monday, ending the night with positive possession numbers, something to build on moving forward.

The Kraken will finish their road trip Tuesday with a game against the New Jersey Devils. It’s expected that Driedger will make his first start for Seattle.

Nathan Bastian found himself in the middle of a number of skirmishes and one tilt with former Seattle Thunderbird Nate Thompson. Bastian was on the ice for 6:35 while earning 27 minutes in penalties.

Kole Lind played his first game with the Kraken. He played 9:21 but did not figure in the scoring. It was the eighth NHL game for Lind who played seven for the Vancouver Canucks last season.