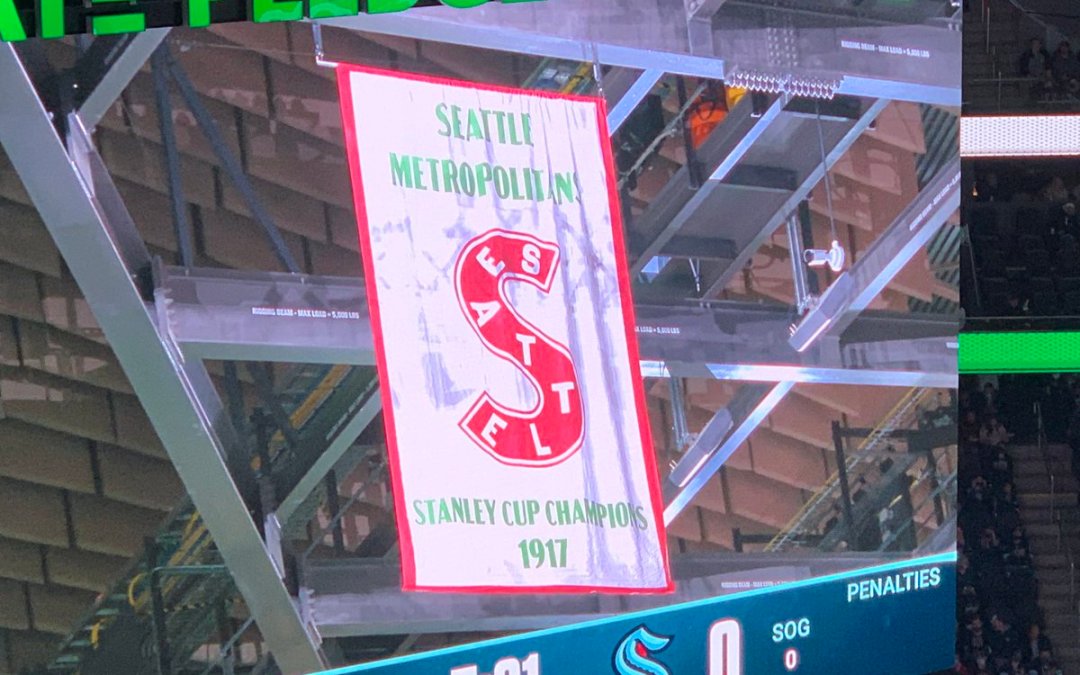 Kraken fans were treated to an offensive outburst by Seattle for the first time on Tuesday, as it crushed a reeling Montreal Canadiens team 5-1 to improve to 2-4-1 on the season. It was the first win at Climate Pledge Arena for the franchise and an all-around solid effort by the Kraken from start to finish.

The result was important for a lot of reasons. The team simply needs to start racking up standings points if it aims to be competitive this season, so from that standpoint it was a step in the right direction. But the associated confidence boost of a convincing win may have lasting benefits as well, as it got a couple guys onto the scoresheet that had perhaps been gripping their sticks a little too tightly.

Before the game, Seattle held a ceremony to unveil a banner honoring the Seattle Metropolitans, who defeated the Canadiens in 1917 to become the first American-based team to win the Stanley Cup. It was a brief and thoughtfully produced celebration that featured family members of Frank Foyston, one of the stars of that Metropolitans team, as well as Kraken general manager Ron Francis and minority owner Jerry Bruckheimer.

A fast start for Seattle

As soon as the tactful celebration ended, the current version of Seattle’s professional hockey team got right to work.

Jordan Eberle—who admitted a few days ago that he was feeling pressure to start scoring—got the proverbial monkey off his back just 1:02 into the game. On a three-on-two rush, Eberle took a pass from Jared McCann at the top of the left circle, glided across the slot, and snapped a perfect shot over the glove of Canadiens netminder Jake Allen.

That was Eberle’s first of the year, and you could see from the way he played all night that the pressure had been eased. He played most of the game with Jaden Schwartz and Alex Wennberg, a line that was coincidentally buzzing throughout. Eberle in particular looked as confident as he did during the preseason and could have easily scored a couple more.

After the early eruption, things calmed down for a bit, before Mike Hoffman found a bouncing puck in front of Philipp Grubauer and swatted it in for his second goal of the season, leveling the score at 1-1. On the play, Schwartz also caught Hoffman with a high stick. The play was reviewed, and it was eventually ruled that because the penalty happened after the shot, Schwartz would also serve the two-minute minor, despite the goal, and as reader Jim Long points out, since it was originally ruled a double-minor, one of the two penalties was negated by the goal, but Schwartz still had to serve two minutes. You don’t see that every day.

Fortunately for Seattle, it was able to kill off the penalty.

Soon after that penalty ended, Jamie Oleksiak joined the rush and streaked down the right side. Brandon Tanev had gone hard to the front of the net and parked himself right on top of the crease. Oleksiak centered a pass with pace that Tanev redirected over Allen’s glove, bringing the score to 2-1 at 15:08.

Kraken run away in the second, but Appleton gets injured

The second brought lots of good for Seattle on the scoreboard, but it came at a cost.

Jeremy Lauzon forced a turnover in the defensive zone, and in a blink, Jaden Schwartz had gotten the puck up to the offensive blue line, where Yanni Gourde was waiting. Gourde carried the puck into the offensive zone, faked a slapshot, then waited out Allen and calmly tucked the puck around him and into a yawning cage for a beautiful goal.

Less than two minutes later, Gourde got himself on the scoresheet again when he took a pass from Mark Giordano and quickly found Tanev, who had gotten in behind Montreal’s defense. Tanev slipped the puck through Allen’s legs for his second of the night and whopping fifth of the season. The home faithful—which seems to really be taking a shine to Tanev—showed its appreciation, as Climate Pledge Arena got very loud.

That’s when the not-so-fun stuff started for the Kraken. First, McCann got rocked by a big hit in the corner behind Allen. He wasn’t able to brace for the impact, and went slowly to the bench where he hunched over for a bit, trying to grit it out. Eventually he stood up and went down the tunnel, disappearing for the remainder of the second period. The Kraken appear to have dodged a bullet there, however, as McCann did return in the third and looked ok.

Within minutes of McCann going down the tunnel, Mason Appleton got dragged down by Sami Niku as Appleton was carrying the puck into the offensive zone. As the two players were both going down to the ice, Niku fell hard on Appleton’s foot, twisting his leg in a direction it’s not supposed to go. Appleton yelled and was writhing on the ice for a bit, before being helped off by teammates with no weight on his right leg.

Coach Dave Hakstol did not have an update in his media availability following the game, but it didn’t look good when it happened.

Kraken close out their first home win in convincing fashion

Five minutes into the third period, Ryan Donato—who had been a healthy scratch for Seattle’s home opener on Saturday—put the game fully out of reach. On a good individual play, Donato intercepted an Alexander Romanov pass at Seattle’s blue line and was off to the races. In alone with Allen, he deked to his backhand and with a deft touch lifted it over the sprawling netminder’s left pad, a beautiful move from a guy known for his shootout prowess.

Goalie Philipp Grubauer made several nice saves in the game but was relatively well protected. “From my standpoint, the guys made it really easy,” he said after the game. In all, he stopped 23 of 24 shots, with his best save of the night coming early in the game, when he slid across in a full split and robbed Brendan Gallagher with the toe of his right skate. Tuesday was a good confidence builder for Grubauer, who didn’t have his best outing on Saturday.

Hakstol was pleased with the win and with the effort, but with a few more odd-man rushes against on Tuesday than on Saturday, he indicated there was still room for Seattle to improve. Still, it’s a great win for a Kraken team that badly needed it.