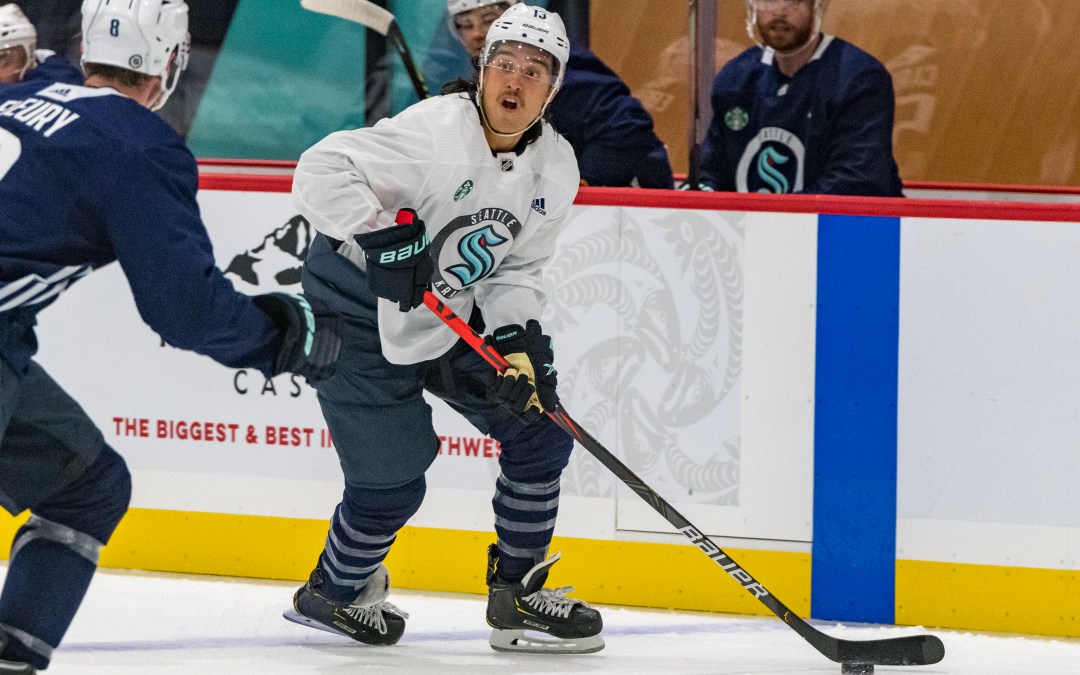 SEATTLE — The morning after the first win at Climate Pledge Arena the Seattle Kraken were back on the ice Wednesday.

Seattle’s practice was lively and competitive. The players were in good spirits and a lot of chatter and friendly chirps could be heard, proving that winning remains undefeated when it comes to inducing good moods.

Mason Appleton was not a participant Wednesday.

The winger was injured during the second period against Montreal and did not return to the game. Kraken coach Dave Hakstol said Wednesday that they were still evaluating Appleton’s status but didn’t have an update. He would not guess at a time table for recovery but hinted that Appleton could miss some time.

Hakstol added that as of Wednesday morning, there was not a player on his way from AHL Charlotte but that there will be “discussions” about a call up if necessary.

Seattle is scheduled to play the Minnesota Wild Thursday at 7 p.m. at Climate Pledge Arena. The Wild were at the arena Wednesday but as reported by The Athletic’s Michael Russo, the team may be dealing with a COVID issue.

This is obviously a developing story.

There was still a buzz in the arena Wednesday about the hot start of Tanev. With two goals during Tuesday’s 5-1 win against the Canadiens he leads the team with five. Last season he scored seven and has never had more than 14 in the NHL — which he did with the Winnipeg Jets in 2018-2019.

“He’s a guy that plays with pace,” Seattle coach Dave Hakstol said. “He plays hard with passion every shift and is confident when he has an opportunity. He expects to be able to find the back of the net. It’s not like he’s just out there hoping for or looking for an offensive opportunity, he’s working 200 feet. Usually when you do that, good things happen. And that’s the way he’s been generating.”

During practice, Tanev scored with a hard, low wrist shot which generated a cheer from the rest of the team.

Scary moment of the day

The team worked on its transition game Wednesday and the drills would end with forwards shooting on goal off the rush. Jordan Eberle lost an edge on one of these rushes and slid into goalie Joey Daccord wiping him out along with the net.

Eberle slid into the boards and Daccord lay face first on the ice. Both players were able to get up quickly and were not hurt in what was a close call.