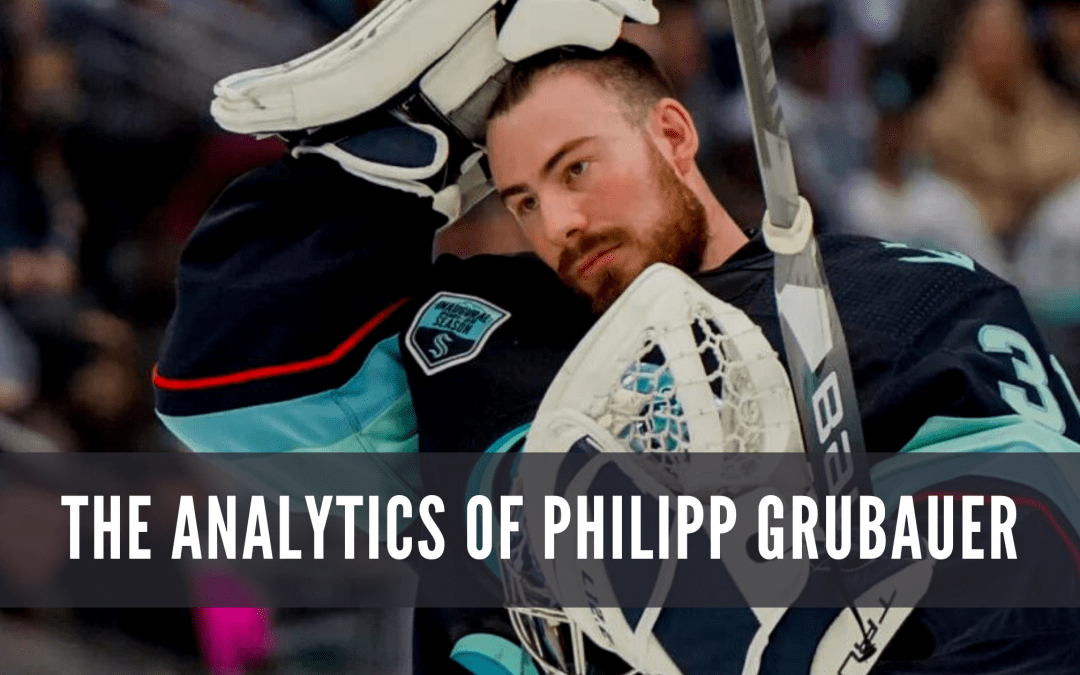 The play of Philipp Grubauer in the early stages of the season for the Seattle Kraken has been a hot topic among fans. We’ve mostly defended him, because we know there’s a lot of context to consider for goalies and because we know he’s better than what he’s been showing. We also wondered if the analytics on what he’s been giving up were as bad as the eye ball test was indicating.

For this week’s data dump, let’s dig into the analytics around Grubauer’s performance to date and see if there are any insights to gain. I am a little afraid of what I might find.

Last week, I touched on shots and shot quality when evaluating the team’s performance. This week I am flipping the script and evaluating how good Grubauer has been at saving shots at the various quality categories defined by Natural Stat Trick and how that save percentage relates to his peers.

The shot quality categories I am going to look at are high, medium, and low danger shots. How a shot fits in those categories is related to distance and angle from the net. The closer and more square to the net a shot is taken, the higher the danger category.

I isolated all goalies who have played six or more games this season and plotted their save percentage by shot category. (All shot quality data is from NaturalStatTrick.com.)

Yikes. His numbers look poor when compared to the rest of the league, and I imagine even Grubauer himself would admit he has been struggling this season compared to last season. For anyone paying attention, particularly the last few games, this should not come as a surprise.

Let us look at how his numbers compare to last season.

Ok, it’s clear that Grubauer is struggling. The real question is why is he struggling?

The Kraken are going through a rough patch with three losses in a row including a loss to, at the time, the winless Arizona Coyotes. I took that loss to the Coyotes tougher than I would have expected for Game 12 of 82 in the inaugural season. As they say, it is better to feel the pain than to feel nothing at all.

After the Arizona game there was a lot of discussion online about Grubauer’s performance in the crease this season, but on Saturday night, there was one tweet that stood out:

Kraken fans: The first time I ever interviewed Philipp Grubauer was in his first few months with Colorado and he’s been… just all right, and admitted as much to me. Said he’s big into getting comfortable with a system and it takes him a while to settle in with a new team.

For those that don’t know, Cat Silverman is a well respected writer and goalie analyst, so when she tweets something like this, I read it. It was an interesting perspective. I’ve always been under the impression that the strategy is to stop the puck, no matter what personnel or “system” is in front of you, and I never thought that a goalie must learn those systems as well.

While doing my soul searching in the aftermath of the Arizona game, I started to dig into the data to see if Cat’s tweet held any water.

I looked at save percentage by game, comparing Grubauer’s 2018-19 season, his first in Colorado when he would have been learning the systems there, to the 2021-22 season.

If you look at Grubauer’s first half of his first season in Colorado, you can see the inconsistency in the graph with a lot of games with a save percentage in the .700’s and .800’s. At least directionally, this seems to validate Cat’s tweet that Grubauer needs time to settle into a new system.

Grubauer has been a very good goalie over the last few years and a goalie does not turn into a pumpkin between seasons. There were a lot of people that claimed Grubauer was a bust in the first part of his first season in Colorado, but he ended that regular season with a .917 save percentage and then had a .925 save percentage in the Stanley Cup Playoffs. Goaltending can and will be frustrating at times, but I am going to give Grubauer more time to settle in before making a full assessment of his performance.

If you have any questions, insights, or feedback, let us know in the comments section.