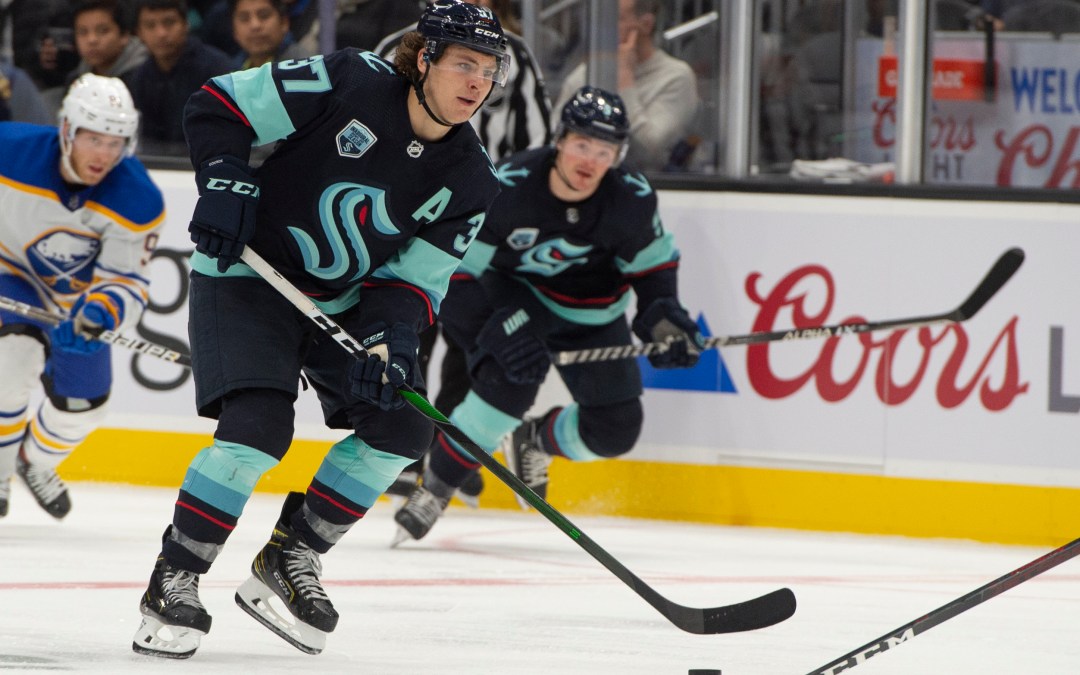 The Seattle Kraken snapped out of their painful six-game losing streak with two wins to close out their homestand over elite teams in the Washington Capitals and Carolina Hurricanes. But this stretch of difficult opponents is not yet getting any easier for the Kraken, who now enter back-to-back games with the Tampa Bay Lightning and Florida Panthers on Friday and Saturday.

This first game of a four-game road trip features the return of Yanni Gourde to face his old team, with whom he won two Stanley Cups. The Lightning presented Gourde with his second championship ring on Friday morning.

In Seattle’s two consecutive wins, Philipp Grubauer broke through after struggling for a lot of his first two months in the Kraken net. With 37 and 35 saves respectively against Washington and Carolina, he was the dominant backstop Seattle fans hoped they would get from the jump.

With Grubauer playing reliably behind them, Kraken forwards and defensemen seemingly gave everything they had in those two contests to keep pucks to the outside and block whatever they possibly could. They also rewarded Grubauer with timely goals of their own.

Can the Kraken keep the surprising performances going against two more outstanding teams in a row to start this east coast swing?

Mason Appleton returned from a four-week stint on injured reserve prior to Wednesday’s game against the Hurricanes. It represented the first time all season that Seattle had its full group healthy at the same time. To make space on the roster for Appleton, the Kraken placed forward Nathan Bastian on waivers, with the hope that he would clear and be assigned to the AHL’s Charlotte Checkers.

Calle Jarnkrok—who had his best game of the season Sunday against the Capitals—injured his left leg on Wednesday when Jordan Staal fell on him early in the third period. Adding insult to injury, Bastian got claimed by his old team, the New Jersey Devils, on Thursday morning.

That was a not-so-nice Thanksgiving dish for general manager Ron Francis and his staff. In a way, forty minutes of a fully healthy team cost Seattle a useful 23-year-old forward with upside and a year left on his contract before he becomes a restricted free agent. Bastian is the third Kraken player to get claimed off waivers this season, after Dennis Cholowski was snagged on Oct. 14 by the Capitals and Alex Barre-Boulet was re-claimed by Tampa Bay on Oct. 22 after just two games with Seattle. Cholowski ironically played against Seattle on Sunday, and Barre-Boulet will play Friday.

We surmised in our “Three Takeaways” story after the Carolina game that the Jarnkrok injury could sting in more ways than one, and the prediction proved accurate.

Jarnkrok is currently not on the road trip, and Hakstol gave no update Friday morning, saying he’s “still being evaluated.” Ryan Donato, who was scratched against Carolina, will slide back into the lineup on Friday.

What the Kraken face in the Tampa Bay Lightning

It’s no surprise that Tampa Bay is again one of the better teams in the NHL. The two-time defending champion Lightning enter Friday’s game against the Kraken with a record of 11-4-3, good for third place in a top-heavy Atlantic Division.

They are rolling pretty well lately, too, with two straight wins, five wins in six games, and just one regulation loss in their last 12. Their most recent victory came in the form of a 4-0 home shutout of the Philadelphia Flyers on Tuesday. In that game, Andrei Vasilevskiy stopped 34 of 34 shots for his first shutout of the season. The Big Cat, a perennial Vezina Trophy candidate, is now 9-3-3 with an impressive 2.22 goals against average and .924 save percentage.

In that Tuesday win, a fully healthy Steven Stamkos continued his torrid pace and had a goal and two assists. In all, he now has 10 goals and 12 assists in just 18 games. Meanwhile, Victor Hedman has remained a dominant force on the blue line and is scoring at close to a point-per-game clip, and Alex Killorn has been impactful up front with seven goals and 10 assists.

The Bolts are dealing with health issues to key players, as Nikita Kucherov is expected to be out at least another month with a lower-body injury, while Brayden Point got hurt last week and is expected to miss four-to-six weeks with an upper-body injury.