A second-straight uninspiring Kraken loss, this one to Jets – Three Takeaways 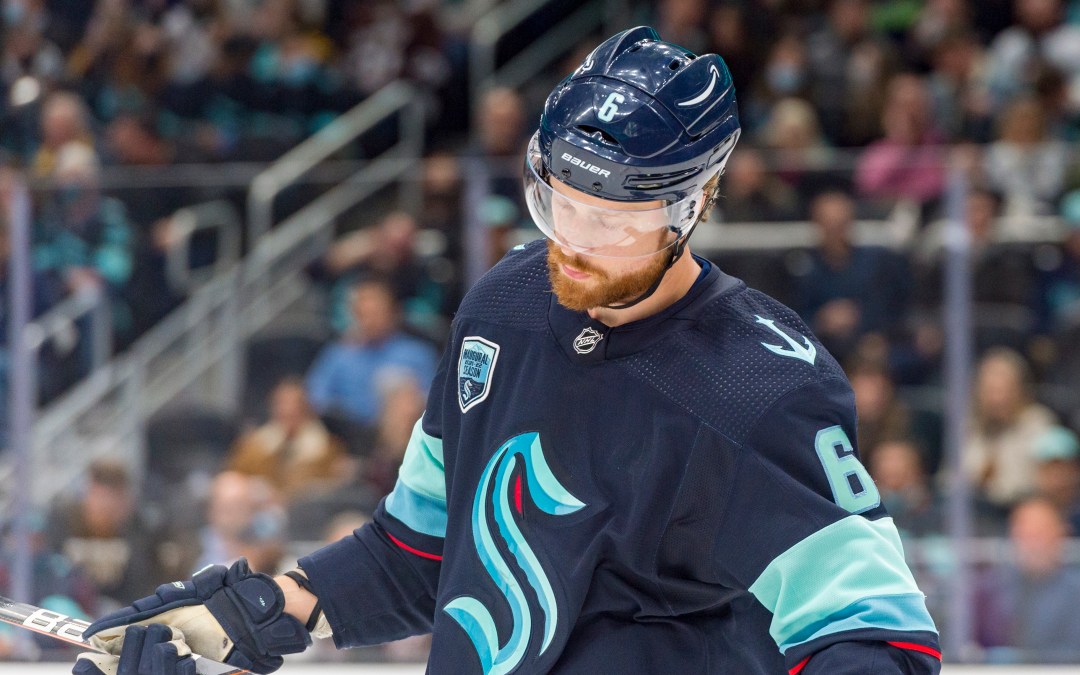 It was the worst of times, it was the best of times… and then it started becoming the worst of times again. The Kraken broke out of a miserable six-game losing streak and followed it with an impressive 5-1-1 stretch in which they beat several elite teams from across the league. But since beating Edmonton at home on Dec. 3, the Kraken have lost two games at Climate Pledge Arena against the Penguins and the Winnipeg Jets by a combined score of 9-1.

There are two ways to look at Thursday’s 3-0 loss to Winnipeg. One way—probably the less realistic of the options—is that it was a step in the right direction after Pittsburgh spanked Seattle 6-1 on Monday. The other way is that the Kraken still didn’t look like they were anywhere close against the Jets.

In comparing Thursday’s loss to Monday’s loss, coach Dave Hakstol said, “This was a different world than that, and we already talked about that. That performance is left behind. We had a bad night [Monday], and we know that. Tonight, we were competitive.”

So, Hakstol is taking the more optimistic approach, but we’re choosing the more pessimistic route to describing this one. Because although Seattle was within spitting distance on the scoreboard for two thirds of the game, it just never had that feel like the Kraken were destined to come out on top. That’s probably because Connor Hellebuyck was rarely under duress en route to pitching the first shutout in the history of Climate Pledge Arena, a sign that there just wasn’t enough happening offensively for the Kraken on this night.

Here are our three pessimistic takeaways from Thursday’s 3-0 Kraken loss to the Jets.

Takeaway #1: Slow starts are officially back

One day the Kraken will be a fast-starting team, we swear. But so far, that has not been the case for this fledgling Seattle club, which—stop us if you’ve heard this one before—once again fell behind fewer than six minutes into the game against Winnipeg.

Carson Soucy tried to make a little backwards pass to Ryan Donato to escape the corner behind Philipp Grubauer. With a good stick, Paul Stastny picked it off, found Dominic Toninato in the slot, and the 27-year-old grinder fired a perfect shot just inside the post for his third goal of the season.

Bing, bang, boom, the Kraken found themselves chasing yet again.

“I didn’t think we had a great start to be honest,” captain Mark Giordano said after his first game since returning from COVID protocol. “I thought we were a little tentative out there, sitting and watching a bit, but as the period went on we definitely got going, generated more.

“When you’re playing that team, and I’ve played them a lot in my career, it’s the same story every time. You’ve got to win battles on the wall.”

The Jets are certainly not the first team to open the scoring against the Kraken. Seattle has conceded the first tally to opponents 17 times in 26 games. This latest example stings a bit more on the heels of giving up three goals in the first six minutes against the Penguins on Monday.

We’ve said it ad nauseam, but you simply can’t be chasing every night in the NHL and expect to win games. The Kraken looked like they had resolved this problem during their hot streak, but it reared its ugly head against the Penguins and Jets.

There was a period of time when one of the narratives we were hearing every night was about the Kraken struggling on the power play. Starting against the Golden Knights on Nov. 9, when the Seattle man advantage collectively got off the schneid, the group appeared to have figured out this piece of its game and quickly ascended from 32nd in the league to 23rd in this category.

But the power play units took a step back on Thursday, registering zero shots on goal on their first three full opportunities. It wasn’t until their fifth and final power play of the night that the Kraken got two shots through to the Jets net, both of which were calmly corralled by Hellebuyck, who looked a bit too comfortable throughout.

Adding a bit of salt in that wound, Winnipeg has the second-worst penalty kill in the NHL and even after a perfect night has held opposing power play units off the scoreboard just 62.5 percent of the time. Perhaps the Jets were desperate to improve in that area?

“Number one, they did a hell of a job,” said Hakstol of Winnipeg’s penalty killers. “I thought they were on it, and their PK— their pressure was very good. So usually that comes back to puck retrievals, finding a quick outlet, and then puck speed. That’s my guess at what we’ll find when we take a look at it [on Friday].”

Let’s hope this truly is more about Winnipeg having a great game in this area than it is about Seattle losing its power play mojo.

During the Kraken’s recent positive run, we determined that their winning formula is sturdy goaltending, good structure in the neutral and defensive zones, and opportunistic scoring. Only one of those three boxes was ticked on Thursday, with Grubauer having a good—not outstanding, but good—game against Winnipeg.

He allowed three goals, but all three came off of high-danger chances that were the direct results of bad defensive plays in front of him. Frankly, he held the Kraken in through two periods, giving them more than enough time to get level with the Jets, and made several stellar saves in the process. But his mates did not reward Grubauer for responding well after a miserable night Monday.

We already talked about the Soucy turnover to Stastny, which led to the Toninato goal in the opening minutes.

The second goal was completely bogus, after Jaden Schwartz was clipped by a Blake Wheeler high stick and also tripped in the neutral zone seconds before Winnipeg scored. Still the defense on the ensuing two-on-three rush after the non-call was horrendous.

Vince Dunn, playing the left side, for some reason crossed over to the right and chased the puck carrier, Mark Scheifele. Adam Larsson almost looked surprised to be swapping with his partner, and was slow to react. Calle Jarnkrok, meanwhile, did nothing as the closest backchecker to Kyle Connor, coasting into the defensive zone and just watching the goal happen.

If that goal felt familiar, it’s because the Chicago Blackhawks scored an almost carbon-copy goal on Nov. 17, when Dunn again chased the wrong guy and left Patrick Kane alone.

We called it out after the Chicago game, but we might as well remind you that Dunn has spent a lot of this season playing the right side, despite being a left-shot defenseman. It makes a lot of sense for him to be back on his strong side with right-shot Larsson, but we wonder if the switching for the relatively young defenseman has had any adverse effects on him.

And hey, let’s not forget the third goal, when Mason Appleton turned it over in front of the Kraken bench to Scheifele, who sent Connor in for his second of the game and 17th of the season.

It was another uninspiring game by the Kraken on Thursday against the Jets, their second such effort in a row. They canceled Friday’s practice and will go back to work against the Columbus Blue Jackets on Saturday.